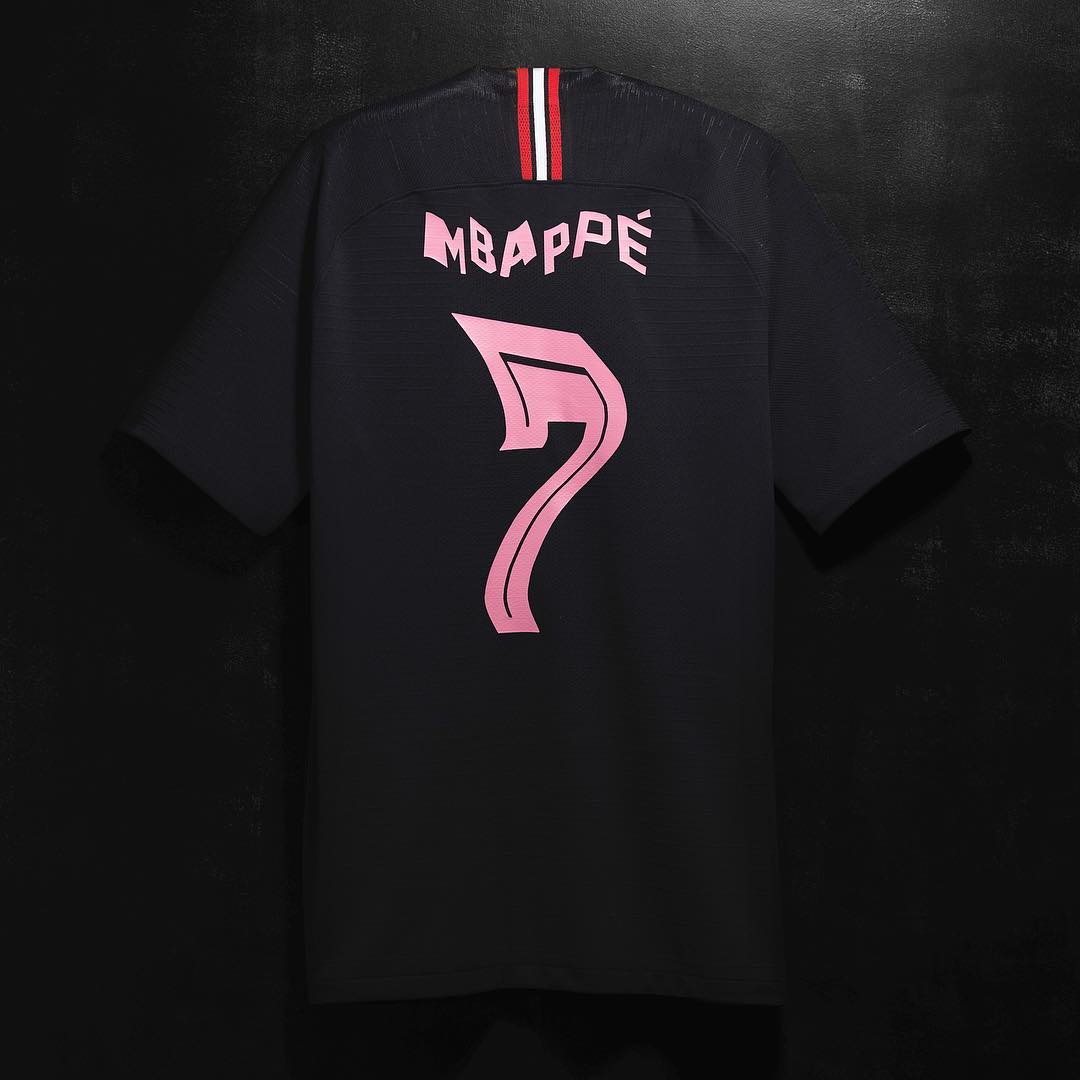 Nike and PSG have collaborated with Paris based artist Tyrsamisu for a wavey new typography design available exclusively for the club’s Jordan collection.

Tyrsamisu created the typeface “by scanning a classic basketball typeface and distorting it manually” alongside design also inspired by traditional football numbering to mix, break and twist the rules of both sports in the striking new design.

Tomorrow, come and print your own @jumpman23 x @psg jersey with a typeface I've created exclusively for the occasion at @nike store Champs-Élysées. ⚽️ ? ? (➡️ To subscribe jump quickly on the link in bio, places are very limited! ?). I've created this alphabet by scanning a classic basketball typeface and distorting it manually. ? No photoshop were used here, only my random gesture while holding and moving my piece of paper on the scanner window. I've also added a thin line on each figures, which is something very common in traditional football codes. ⚽️ This distortion and the mix between these 2 sports visual codes is my own interpretation of this unexpected and iconic collaboration, who breaks and twist the rules of both sports. ✨ Each letters and figures all have 2 different options to allow you to pick the ones you prefer and avoid duplication. It will also help you create your own piece by giving you a multitude of options for the same word. Looking forward to see you tomorrow at the event, and watch the Naples vs PSG game together! #jordanpsg #jordan #psg #mbappe #typeface #jordanxpsg

Each individual lettering and figures all have 2 different options to avoid duplication between shirt to shirt, which allow lucky sign-up guests to create uniques pieces at the Nike pop-up event at the Champs-Élysées Nike store today. The sign-up list is now full up, but the PSG x Jordan range has now restocked to coincide with the launch of the new typeface.

In other football shirt news, Real Madrid have agreed a record-breaking billion-dollar deal with adidas to remain their kit sponsor for the next ten seasons.