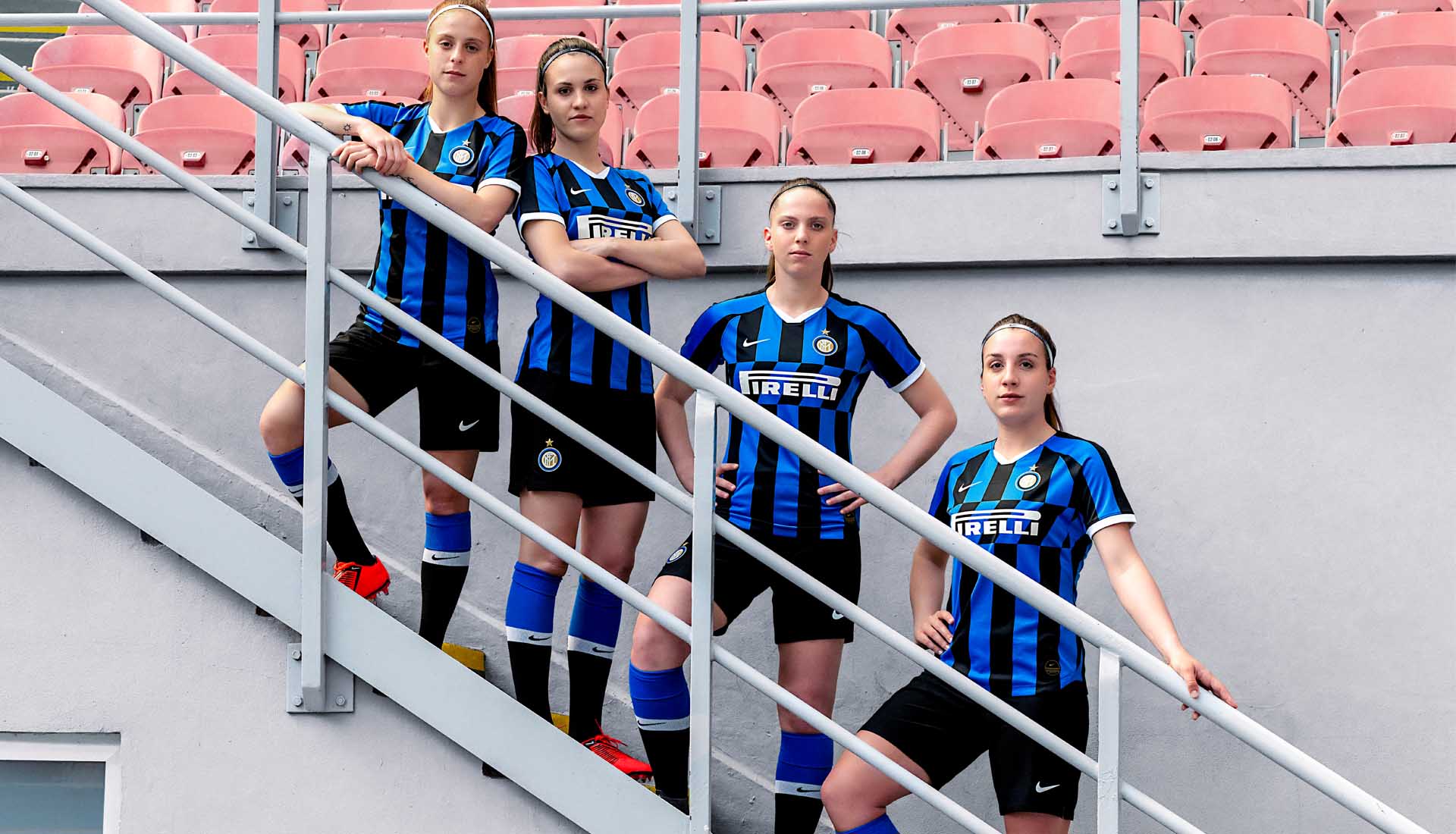 The club’s new jersey takes inspiration from the classic away kit the Nerazzurri wore in the 1989-90 season, but includes a band of diagonal stripes stretching across the chest, contrasting against the traditional vertical black and blue lines in a style reminiscent of the club’s wavey mash-up jersey they released this year celebrating their 20 year partnership with Nike.

With the club one win away from securing Champions League football for the second successive season, the kit is completed by black shorts and colour blocked socks which arrive in half black, half blue colourway inspired by the neck of the club’s Biscione motif. Check out Inter Women’s team modelling the new strip below. 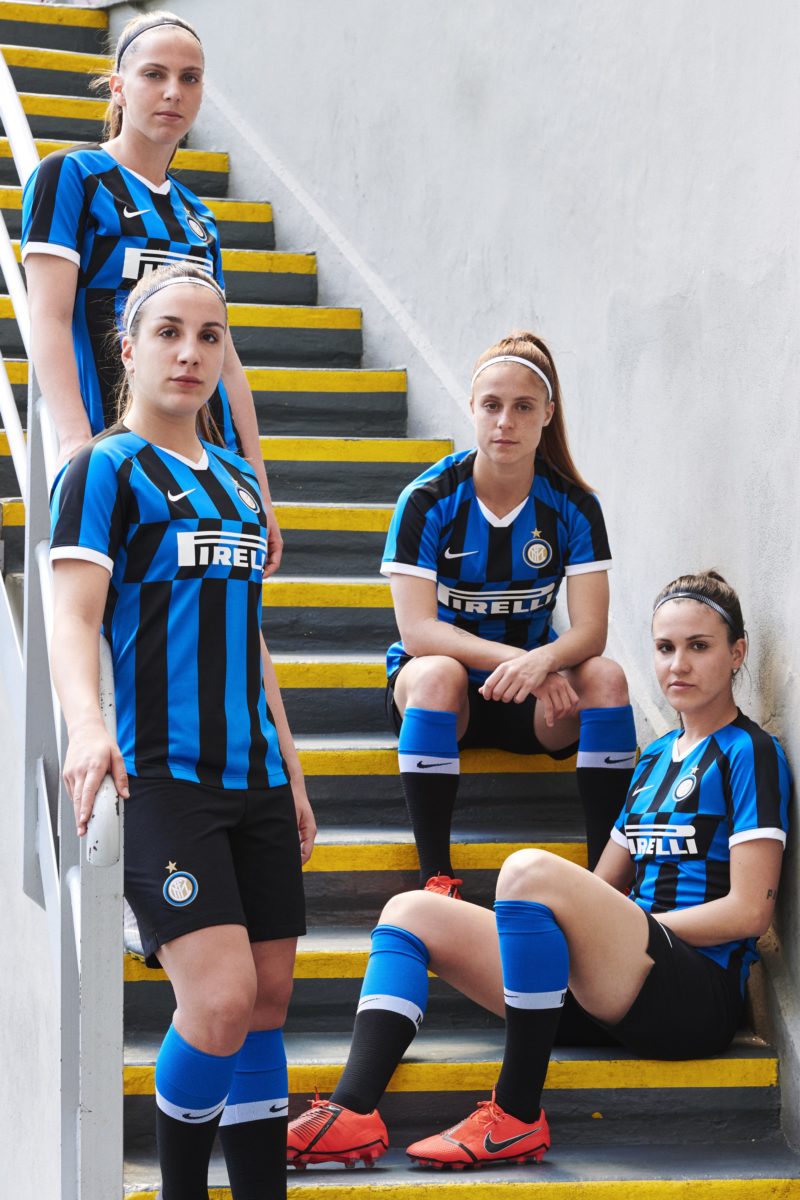 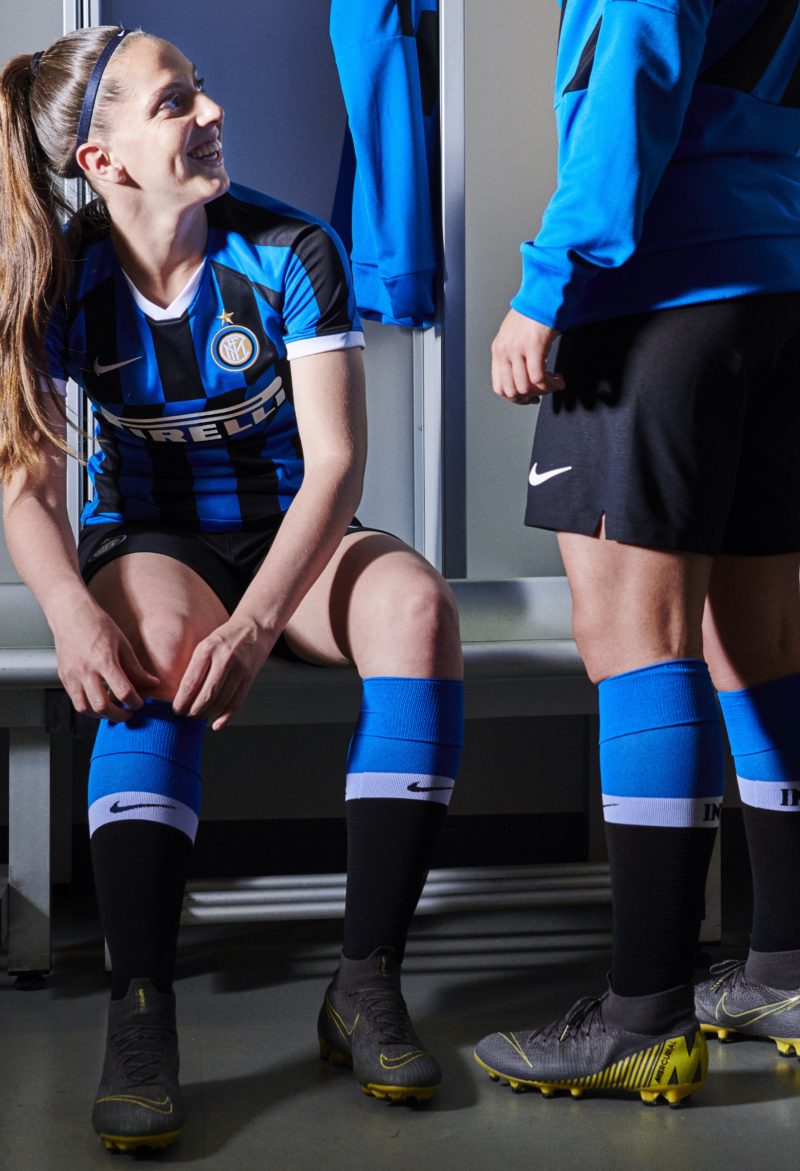 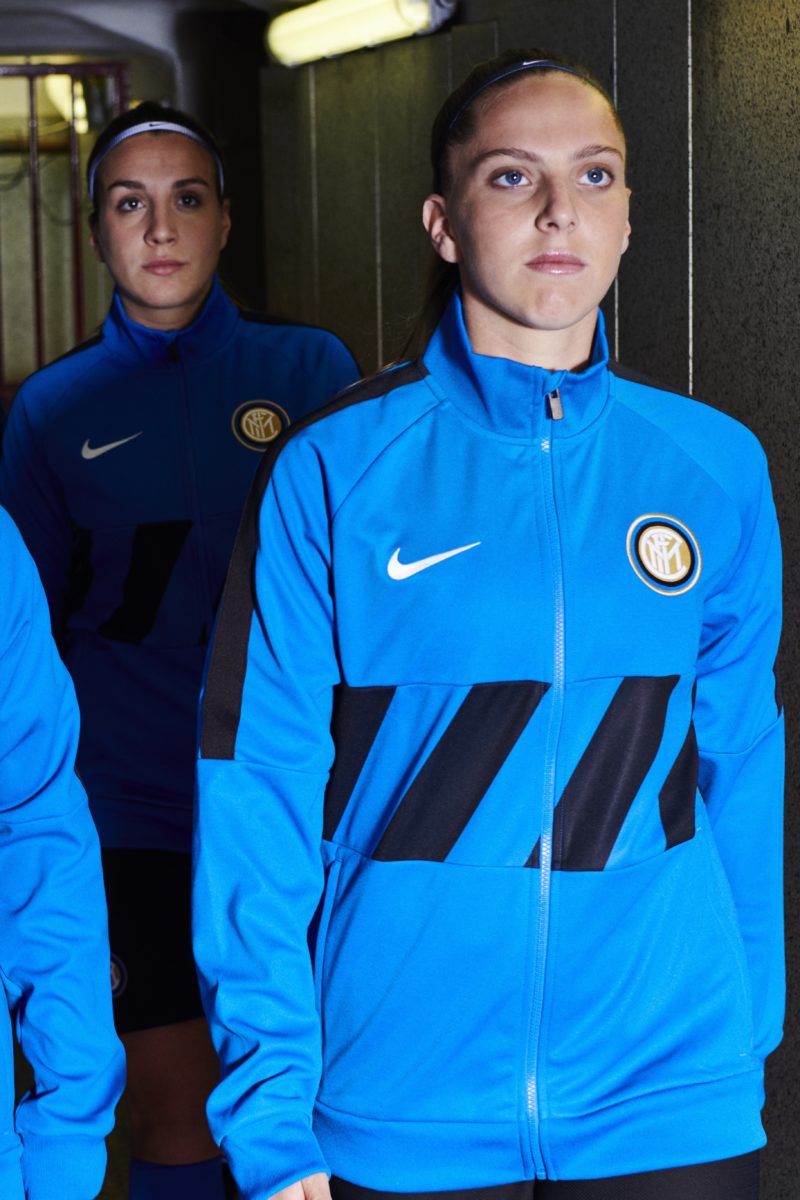 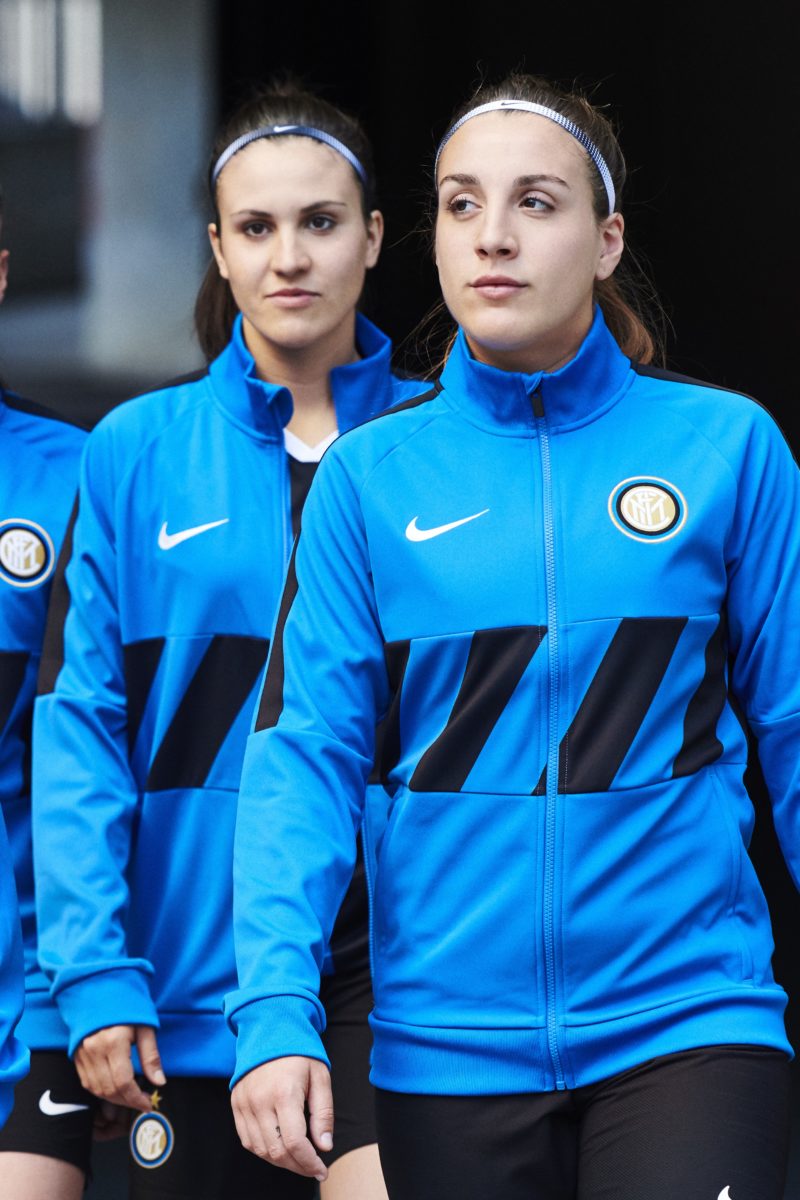 Speaking about the new ersey, Pete Hoppins, Nike Football Apparel Senior Design Director said: “Inter has an incredible home identity, so the challenge was to execute their iconic stripes in a modern and disruptive way, while also respecting their rich tradition. We looked back at the iconic diagonal stripes used on the away jersey in 1989 as well as the old club crest and it led us to this very classic design with a break of diagonal stripes across the chest.”

The 2019-20 Inter Milan home kit will be available from May 23 from official retailers, nike.com and Inter’s official website. Inter’s men’s team will wear the kit for the first time in their final league game of the current season on May 26.