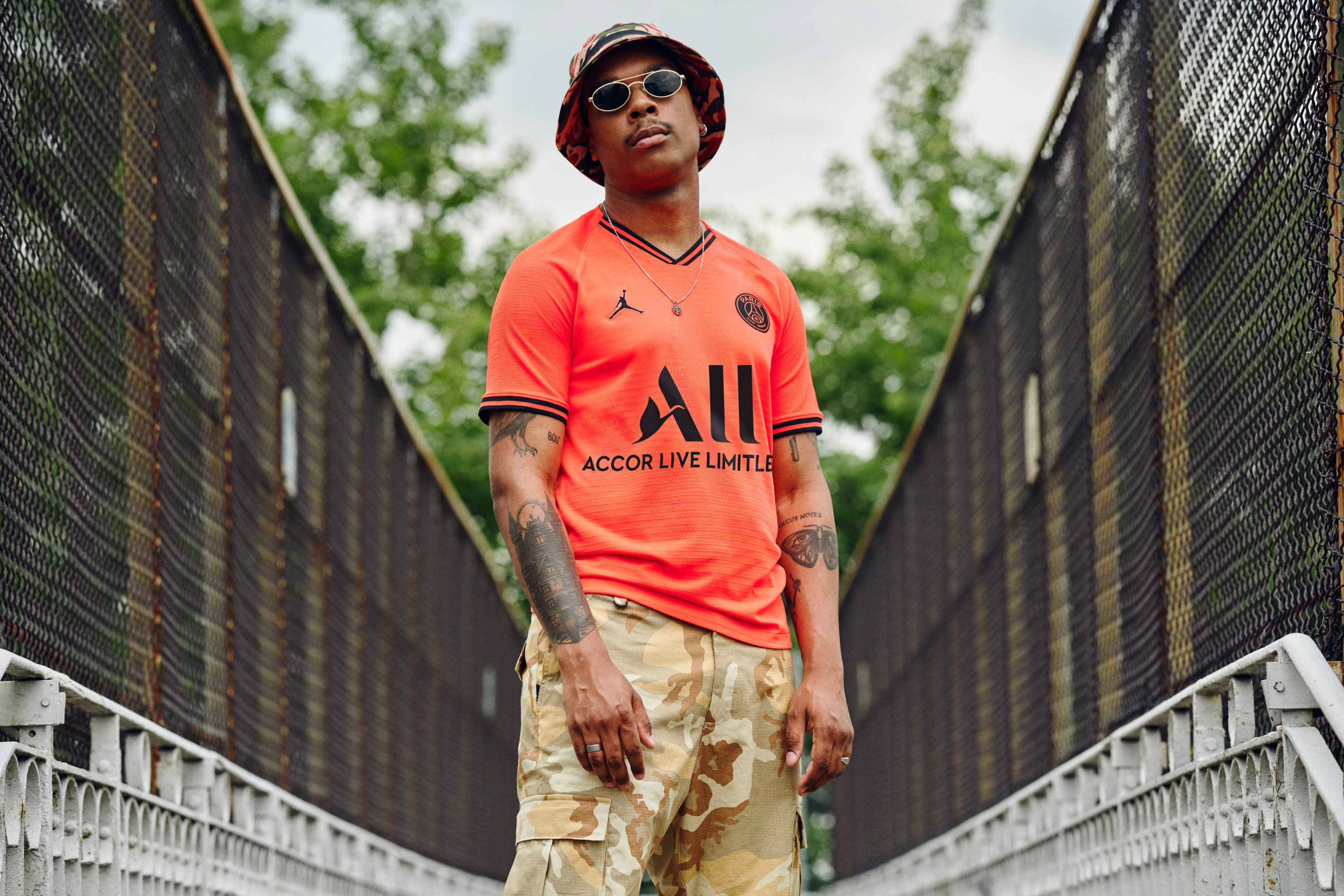 Paris Saint-Germain and Jordan Brand just dropped their new collaborative jersey for the 2019/20 season, and the Jumpman influence runs deep.

Twelve months on from PSG’s debut Jordan third kit – which was a Champions League exclusive – the club will wear the famous logo on its stand-out away kit this season. The kit is dripped out in the iconic ‘Infrared’ colourway first introduced on the Air Jordan VI back in 1991. The result is a fire away look, with head-to-toe Infrared giving all of PSG’s teams an audacious change of colours.

The jersey is framed by a black trim on the collar and sleeves. The same black also details the shorts and appears on the socks in the shape of a double horizontal hoop just below the knee. On the reverse of the collar there is an ode to Paris, a city now synonymous with Jordan and set to be illuminated by an infrared glow in 2019-20.

The most in-demand club jersey of last season, the PSG x Jordan link up is about to takeover the streets again.

Get a closer look at the new PSG x Jordan jersey below, which drops at nike.com on July 27th. 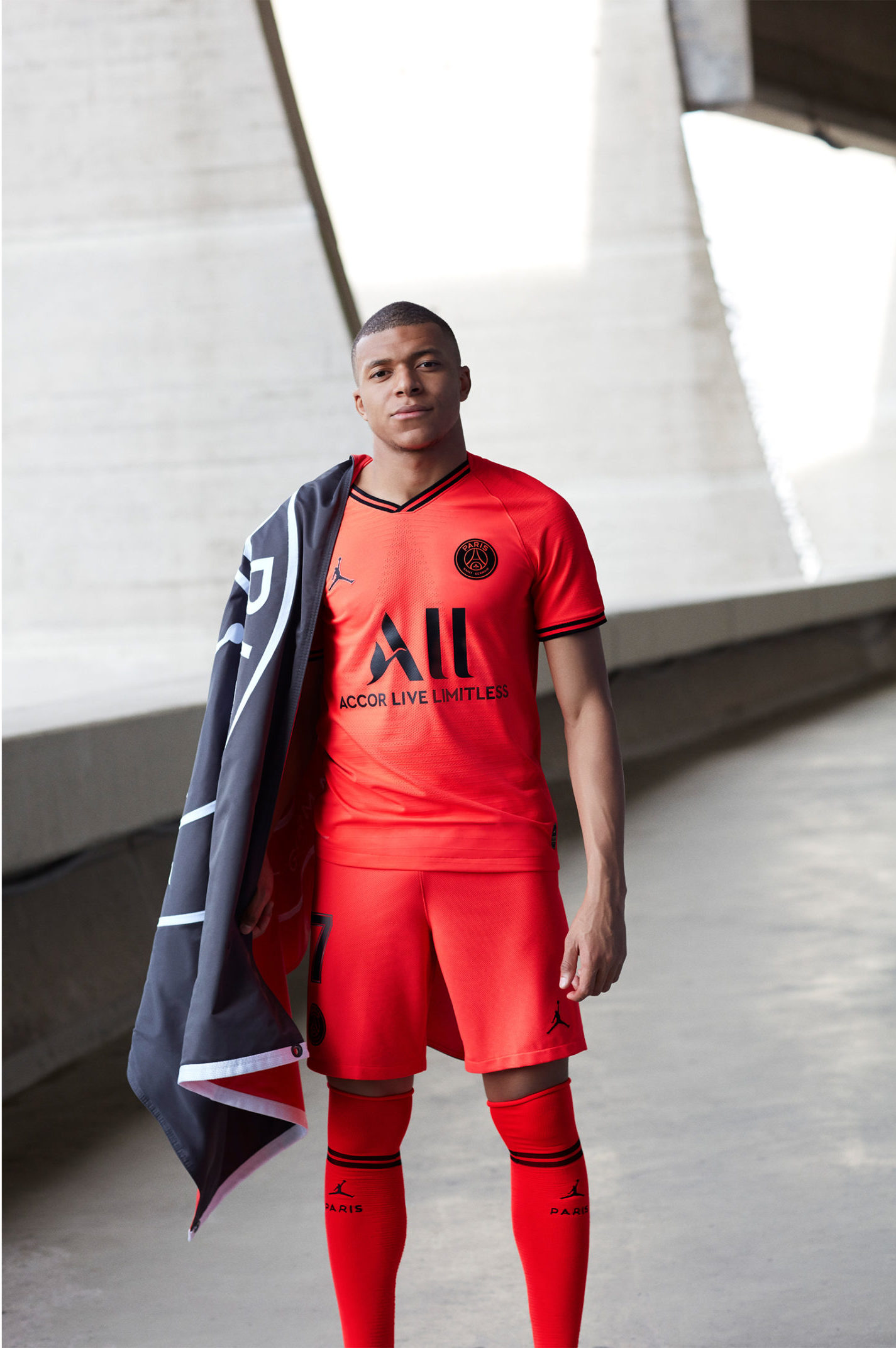 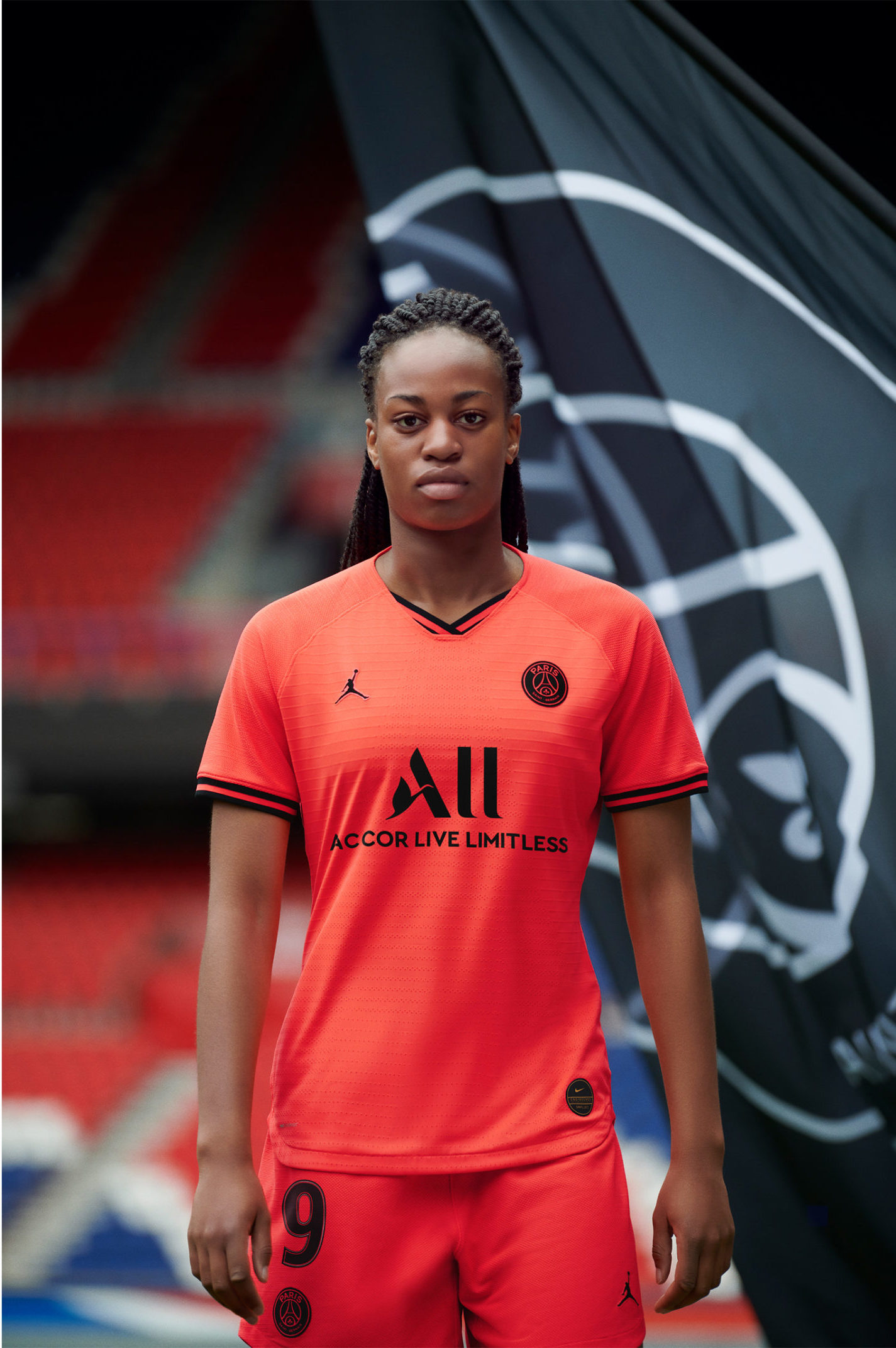 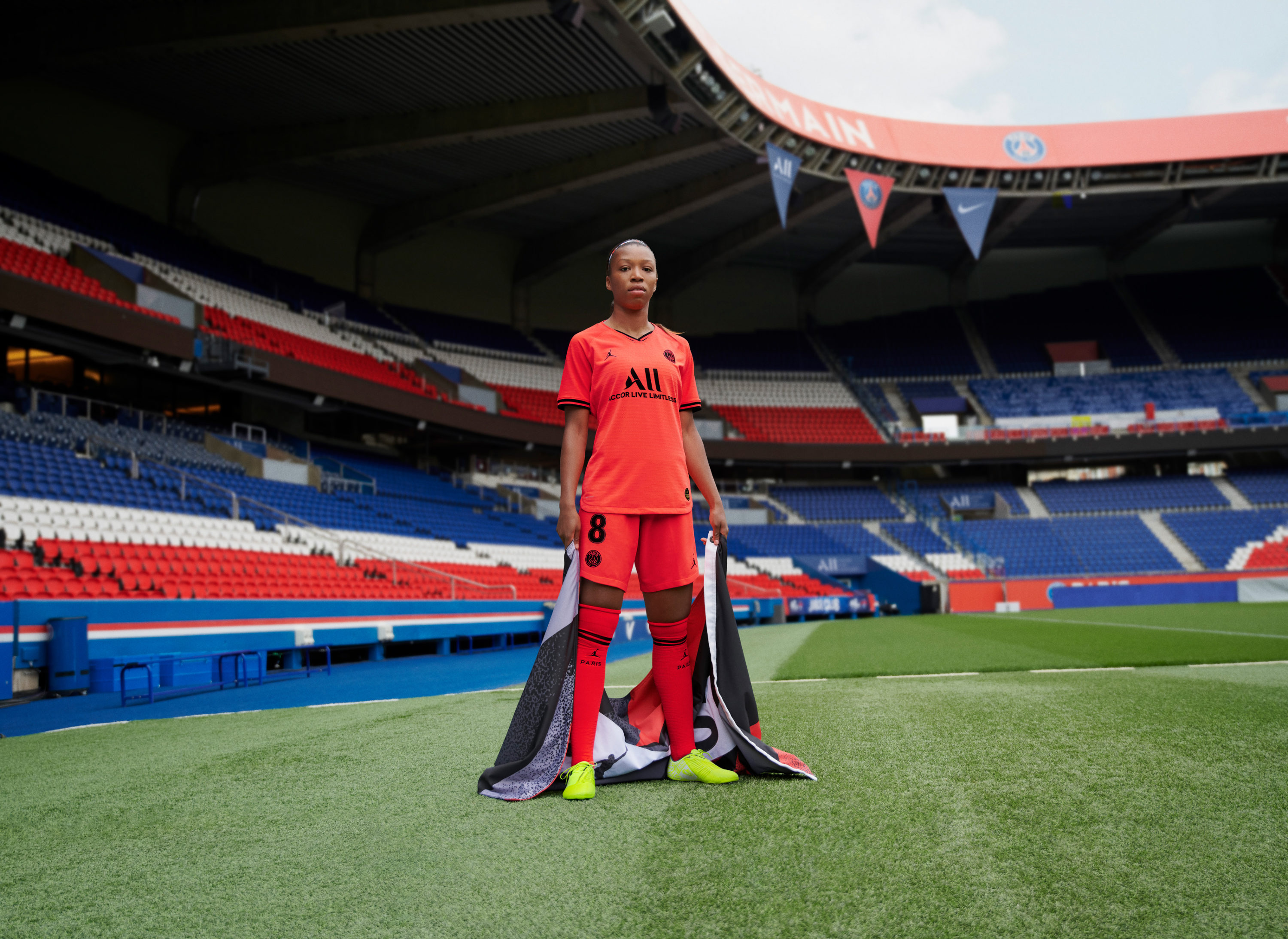 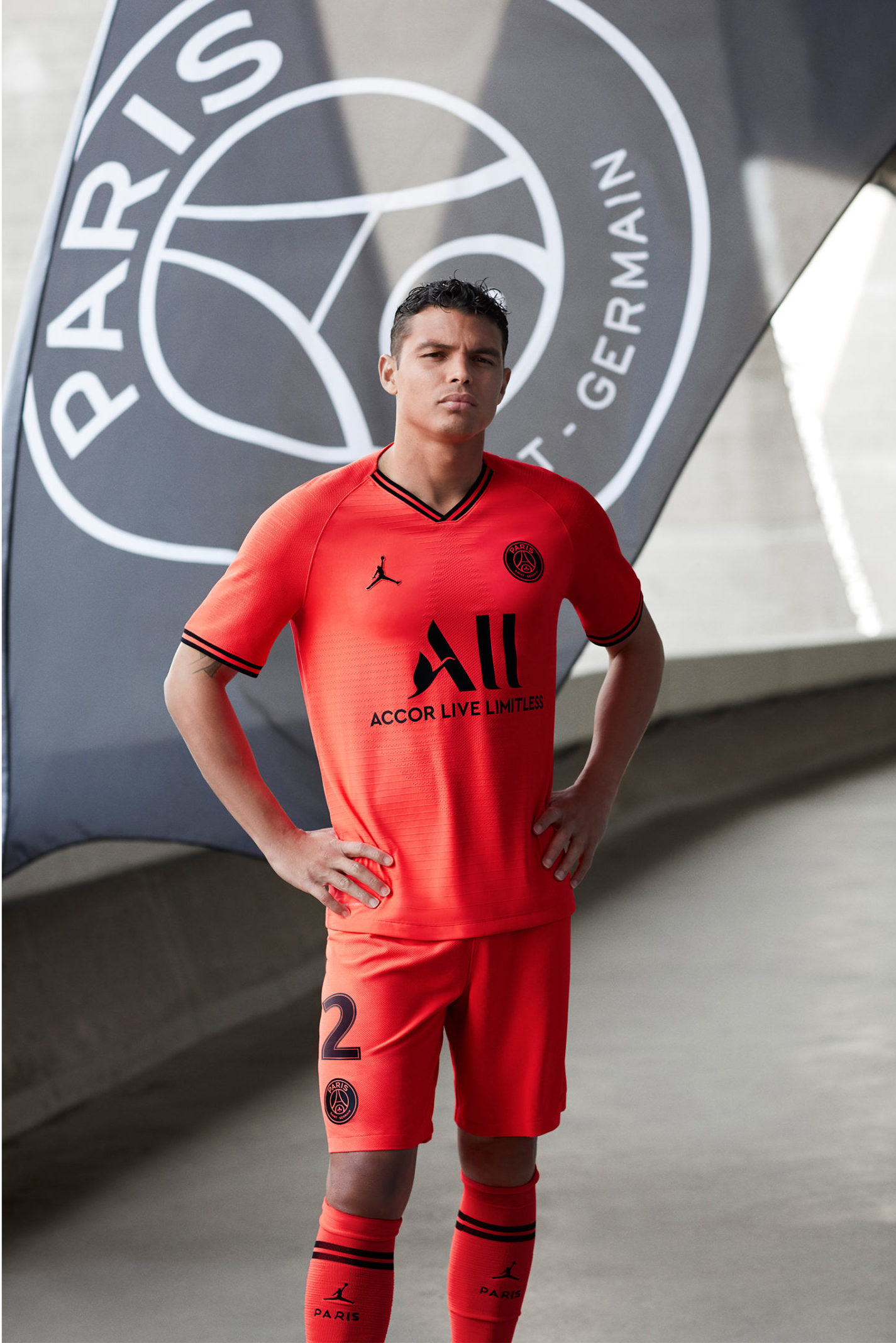 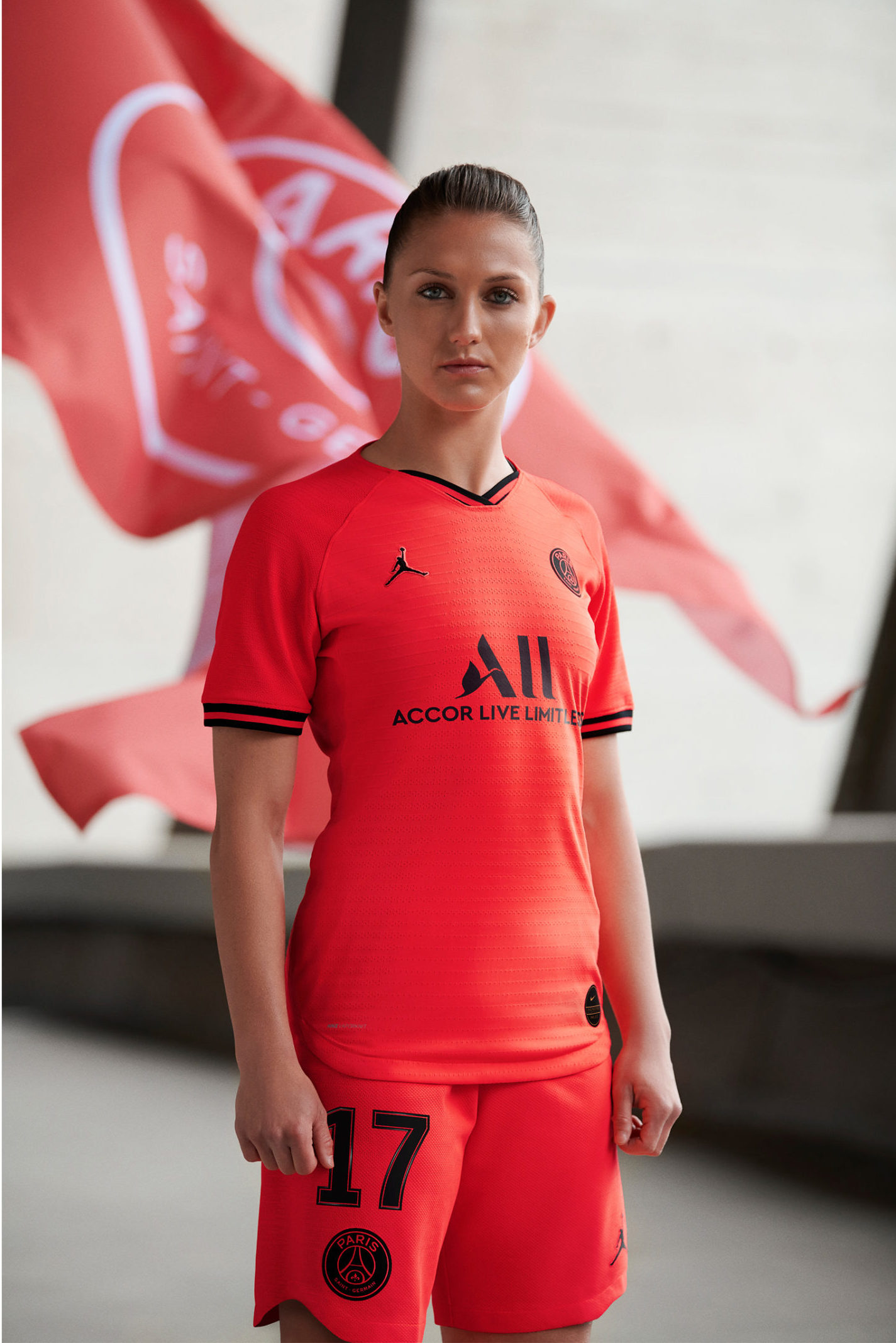