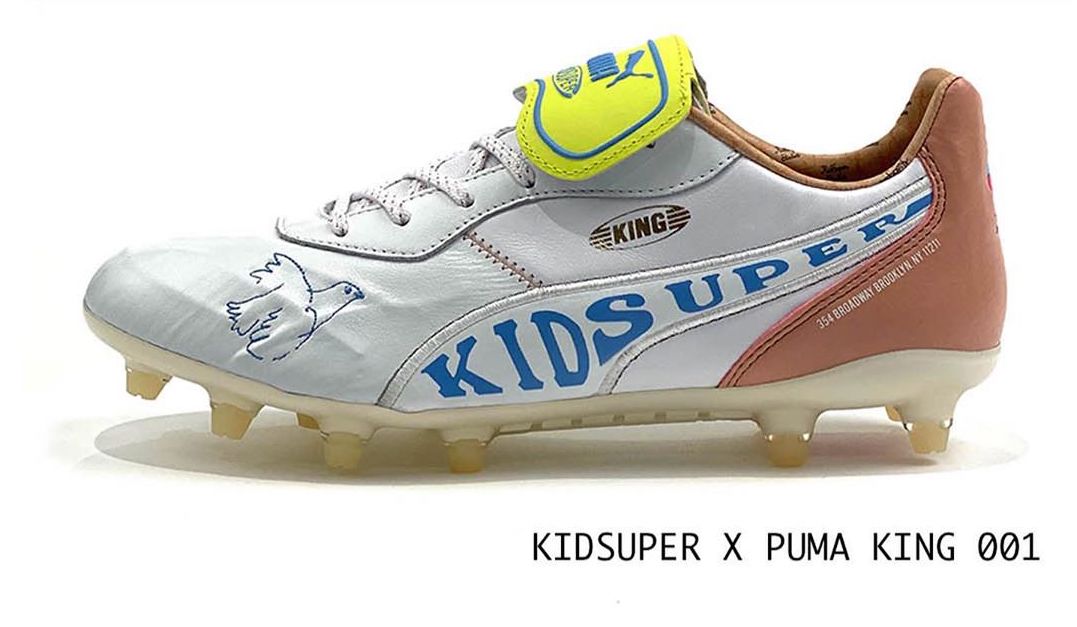 Hector Bellerin has collaborated with New York collective KidSuper to cook up a wavey limited-edition drop of the iconic PUMA King boot.

The Arsenal right back most recently made waves in style circles by walking the runway for Virgil Abloh and Louis Vuitton at Paris Fashion Week, before linking up with streetwear label 424 to create the Gunners’ official pre-match suits.

For the new PUMA Kings, Bellerin has connected with NYC creative studio KidSuper – a circle of designers, stylists, artists and more – who go big on colour and graphics to reinterpret classic items.

YESSSSSS!! WE FINALLY DID IT!!!!!! THE KIDSUPER PUMA KING™️ I HAVE WANTED A CLEAT SINCE I WAS ZERO. AND FOR THAT CLEAT TO BE A PUMA KING: PELE, MARADONA AND NOW KIDSUPER. From the moment @puma reached out the only thing I kept coming back to was the soccer cleat, man looking at these it’s really a dream come true, I have been FaceTiming all my soccer friends holding the cleats. Look at the detail from the KidSuper in the puma form stripe, the embroidered dove on the toe, the KidSuper print on the lining, and the KidSuper FC in the sole. I don’t know exactly when these will be released but it doesn’t matter they are real and they say KidSuper huge on the side. Thank you to @pumafootball and @arjunmistry. Supposedly we have to pick a color black or white, what do you think @hectorbellerin ? Haha

The two pairs of PUMA Kings – revealed by KidSuper on Instagram, and Hector Bellerin on IG stories – come in black or white upper with illustrative KidSuper lettering in the PUMA stripe, a fluorescent green tongue, embroidered dove artwork on the toe, and accented studs.

Judging from the Instagram post made by KidSuper, just one of the two colourways will be released and worn by Hector Bellerin on pitch.

In other boot release news, check out the lightweight and reflective Umbro Velocita 5 that dropped earlier this week.