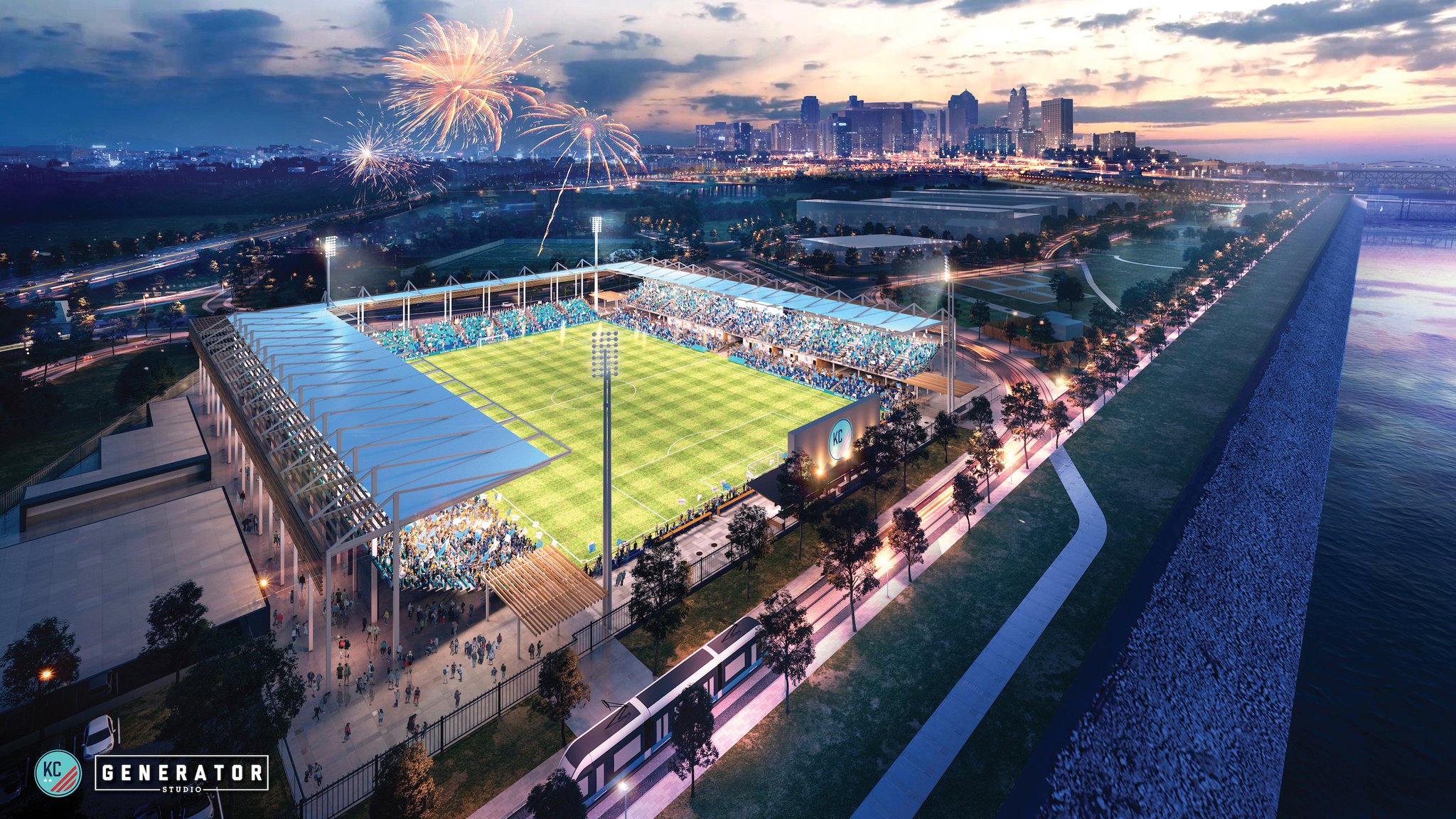 The announcement comes just over 10 months since the ownership group of the club was awarded a franchise and is the latest in a series of major investments for the team.

The estimated $70-million project will be entirely dedicated to the women’s team and privately financed through the club’s ownership group, with the team signing a 50-year lease on Parcel 8, the 7.08-acre site on the east end of the Berkley Riverfront in Kansas City, Missouri.

The news follows previously released plans for a privately-funded $15 million training facility in Riverside, Missouri and plans to play home matches during the 2022 season at Children’s Mercy Park in Kansas City.

The new facility will offer a dynamic facility that connects the city to trails and greenspace surrounding it as well as transforming the river front area it exists by into a inter-connected and vibrant redevelopment.

“From the beginning, our vision has been to create a player-first experience, and facilities for our team that match not only the elite level of these incredible athletes, but also the passionate support of the Kansas City metro and our fans,” said KC NWSL Co-Founder and Co-Owner Chris Long. “We believe this significant investment and commitment will shape a stronger future for our entire region and our athletes.”

“World-class facilities have proven to be a catalyst in transforming all professional sports,” said KC NWSL Co-Founder and Co-Owner Angie Long. “Tremendous momentum exists in women’s sports specifically, and we are so proud to play a major role in ensuring the sport and also our region benefit from the economics and growth offered by a stadium of this magnitude.”

Get a closer look at the proposed designs for the stadium and surrounding area below. 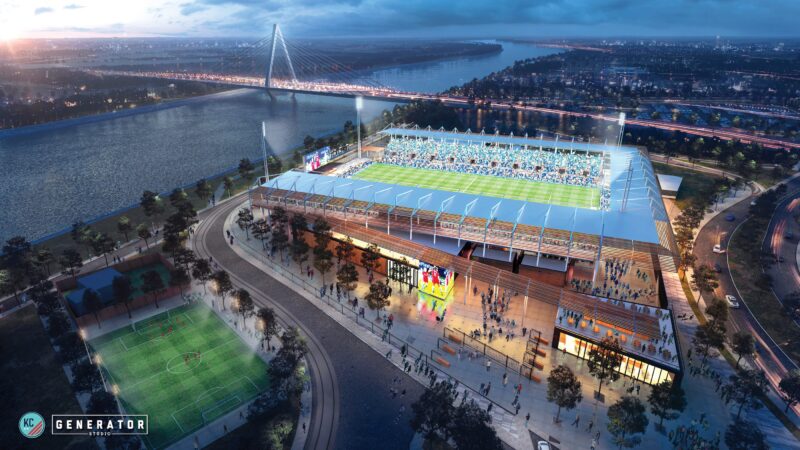 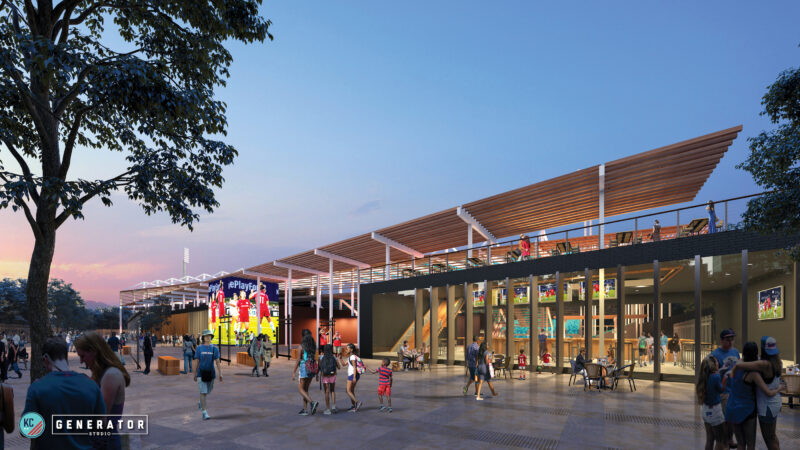 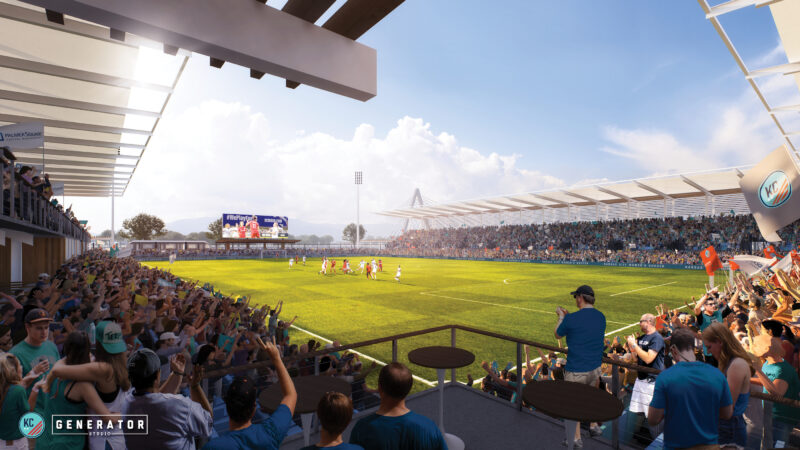