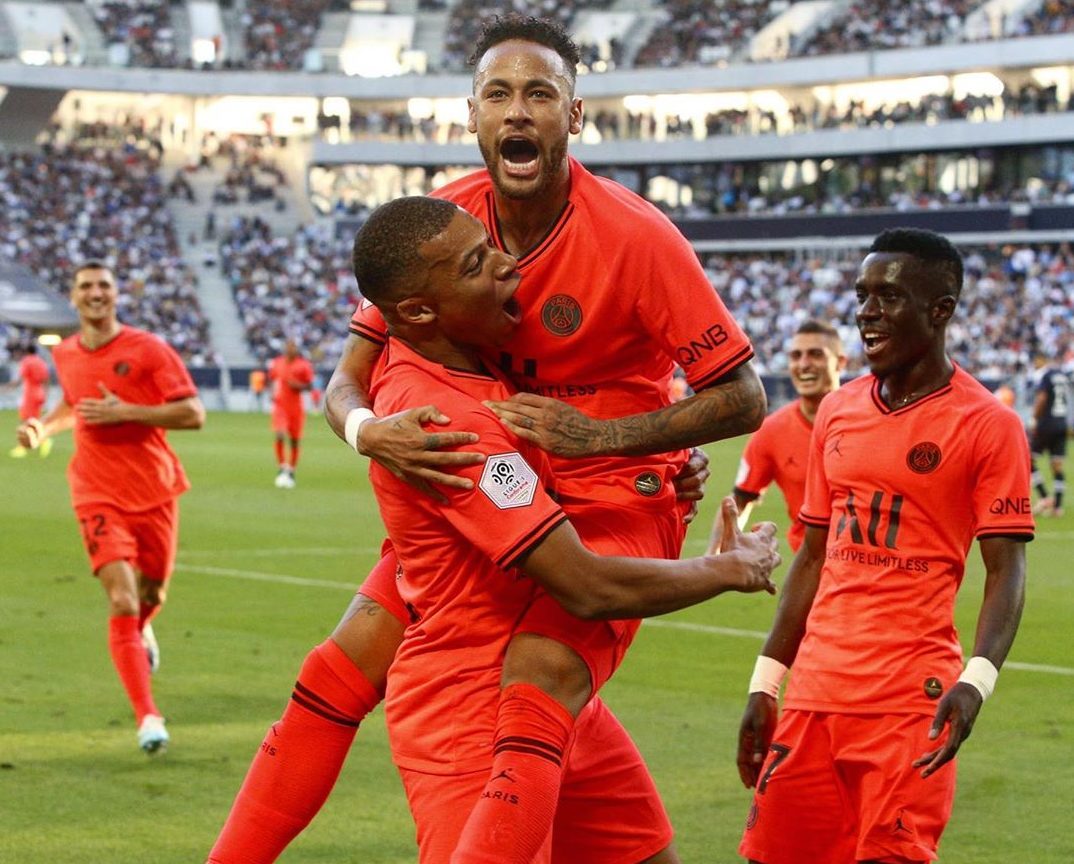 Jordan and PSG will continue their partnership in the 2019-20 season by dropping off a cold fourth shirt that will reportedly arrive in a black colourway with Tricolore detailing.

As reported by Footy Headlines, the Tricolore French flag will run down the middle of the jersey as a sash, while the PSG and Jumpman logos will accent the strip in a contrasting white.

It’s been reported that the black Jordan PSG 19-20 fourth kit will be used as the club’s home Champions League option that will be donned at the Parc des Princes from the knock-out stages. With that being the rumour, expect to see the jersey be officially unveiled by Nike ahead of the Round of 16 matches, which take place in February 2020.