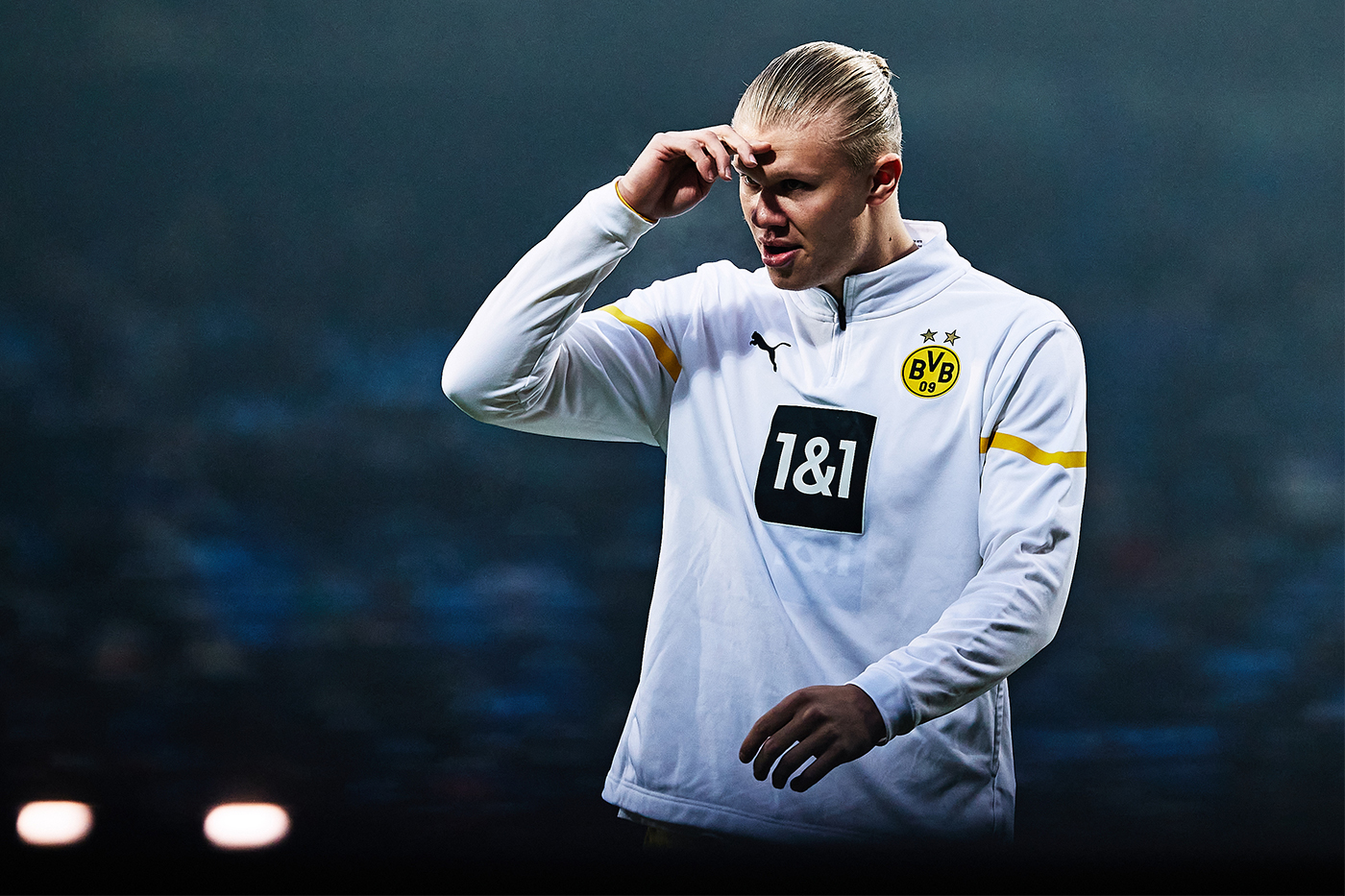 Dortmund bagsman Erling Haaland has just been spotted donning adidas football boots for the first time ever, as speculation about his switch to The Three Stripes continues to build.

Haaland returned to BVB training wearing an unreleased white and blue pair of Adidas X Speedflow Diamond boots, which he is strongly rumoured to have picked up when he visited Zinadine Zidane at adidas’ HQ in Herzogenaurach earlier this year.

The Norse hitman will no longer be a Nike boy after his deal with the American sportswear giants officially ended this month. PUMA were firmly in the running for his signature and ready to drop €8 million-per-season to secure his services, Haaland donning an adidas-branded product could be a move that increases the pressure on PUMA to secure the deal.

But it now appears Haaland ahas been holding out for another manufacturer to swoop in and secure sponsorship with him. With adidas unlikely to give Haaland an unreleased colourway unless they were sure he’d be signing with them, it seems more than likely one of the hottest players on the planet will be an adi baller in the near future.

Keep it locked to VERSUS for more information on the potential move as it breaks.