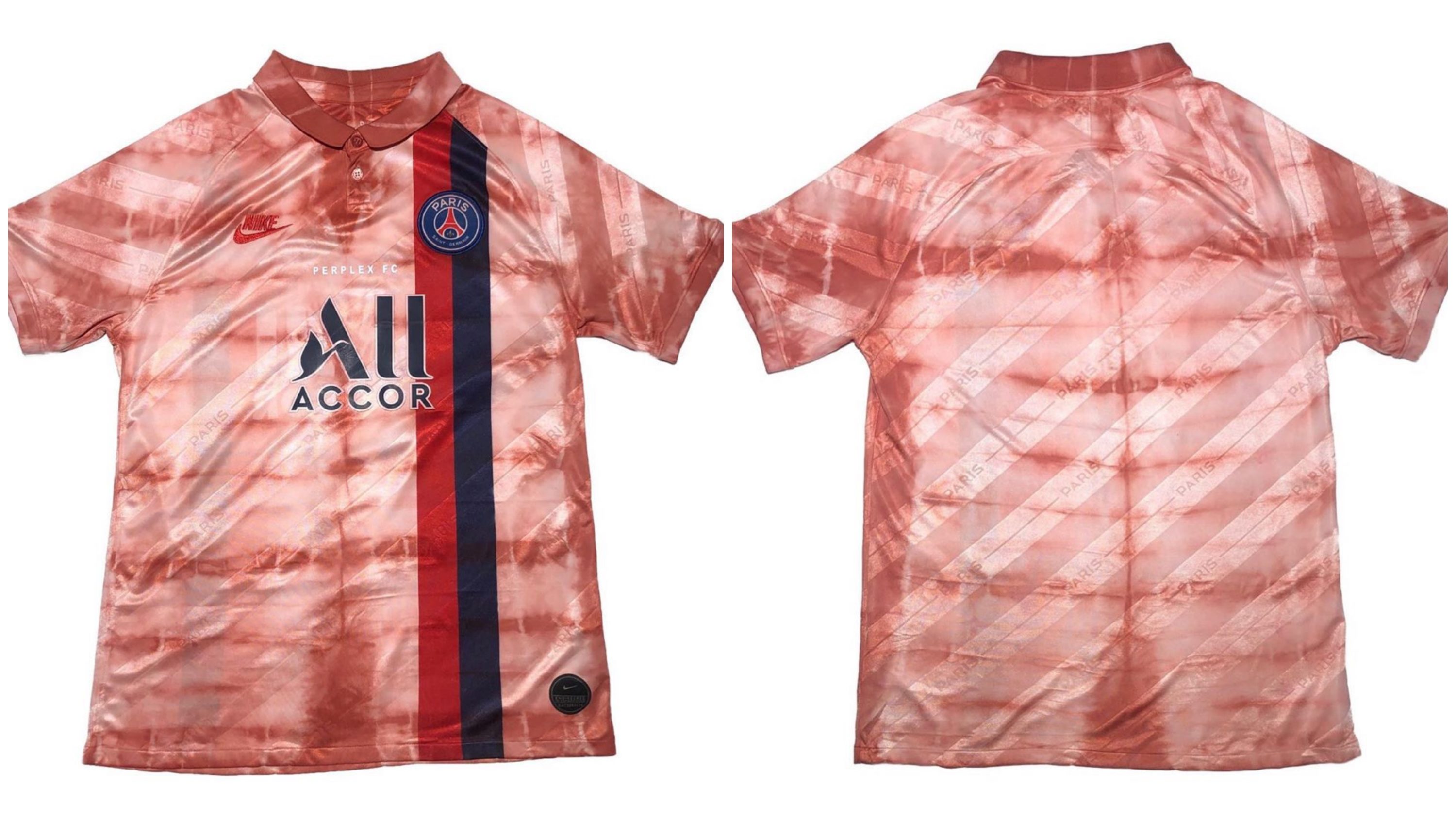 Reworked in house by Perplex FC, the ‘Blood on the Sleeves’ shirt sees the clean, throwback Nike jersey that the Swoosh served up for the Parisian’s earlier this year tie-dyed in red and branded with a Perplex FC, 3M logo above the shirt sponsor.

The shirt is described by Perplex as “representing a passion so deeply rooted that it is worn on the sleeve,” with the red dye effect acting as “blood” while the garment itself acting as the “sleeve” in each one of one version of the shirts.

Our Paris Saint Germain reworked third kit is available now via the link in bio.

You see it ? – PSG ‘Blood on the Sleeves’ selection one available now. More coming soon. Tag @octavianessie below ?

Perplex FC have also dropped off a 3M Monogram Hoodie to run alongside the release of the shirts. The hoodie features the Perplex FC logo 3M reflective monogram embalzoned on back and front of a plain, black fleece hoodie.

You can cop both the ‘Blood On The Sleeves’ jersey and the 3M hoodie from the Perplex FC web store now.