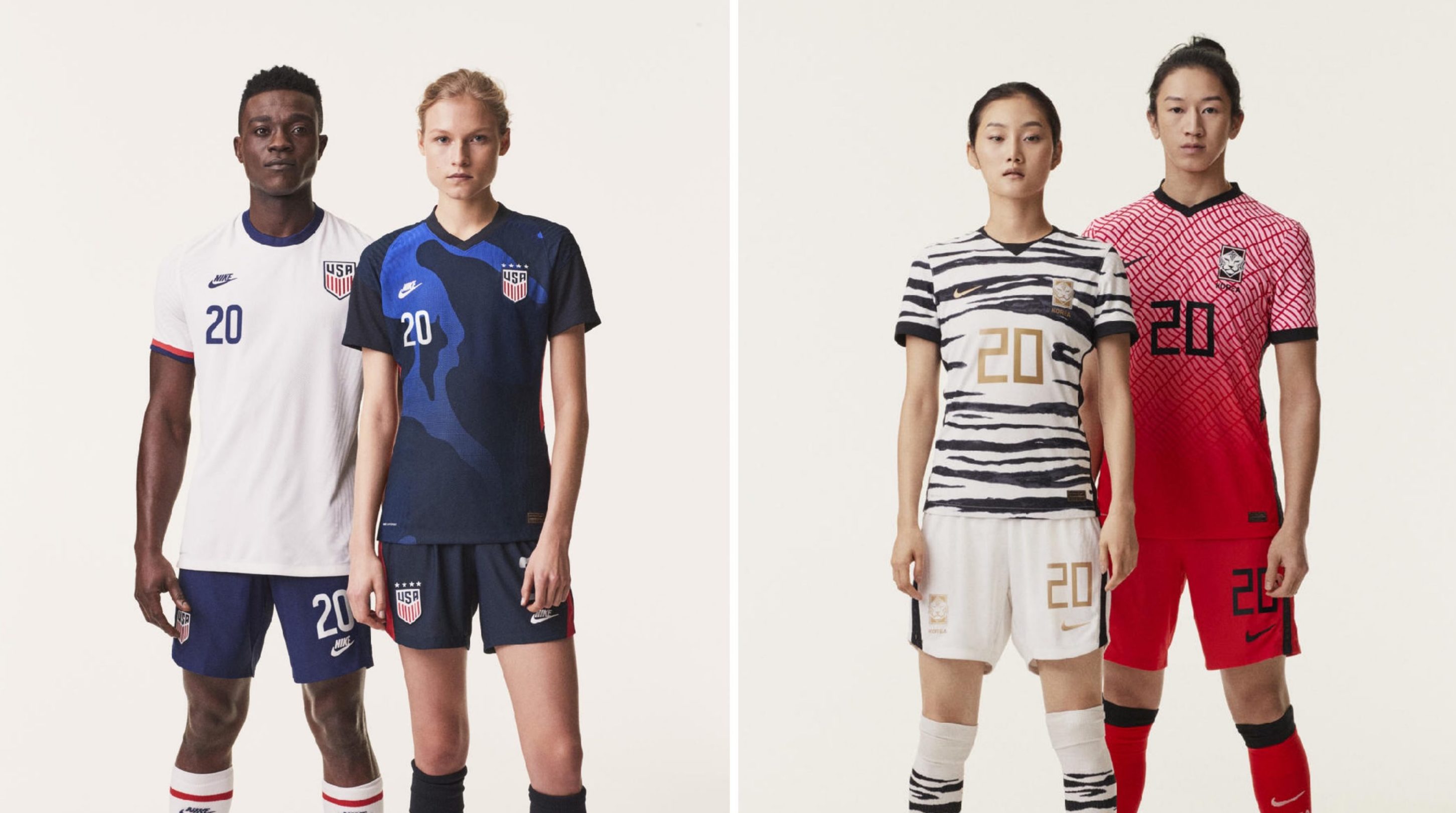 Along with dropping off another unreal kit for Nigeria – an early contender for waviest shirt of 2020 – Nike have also unveiled the bespoke home and away kits for the USA and South Korea, and they don’t disappoint. 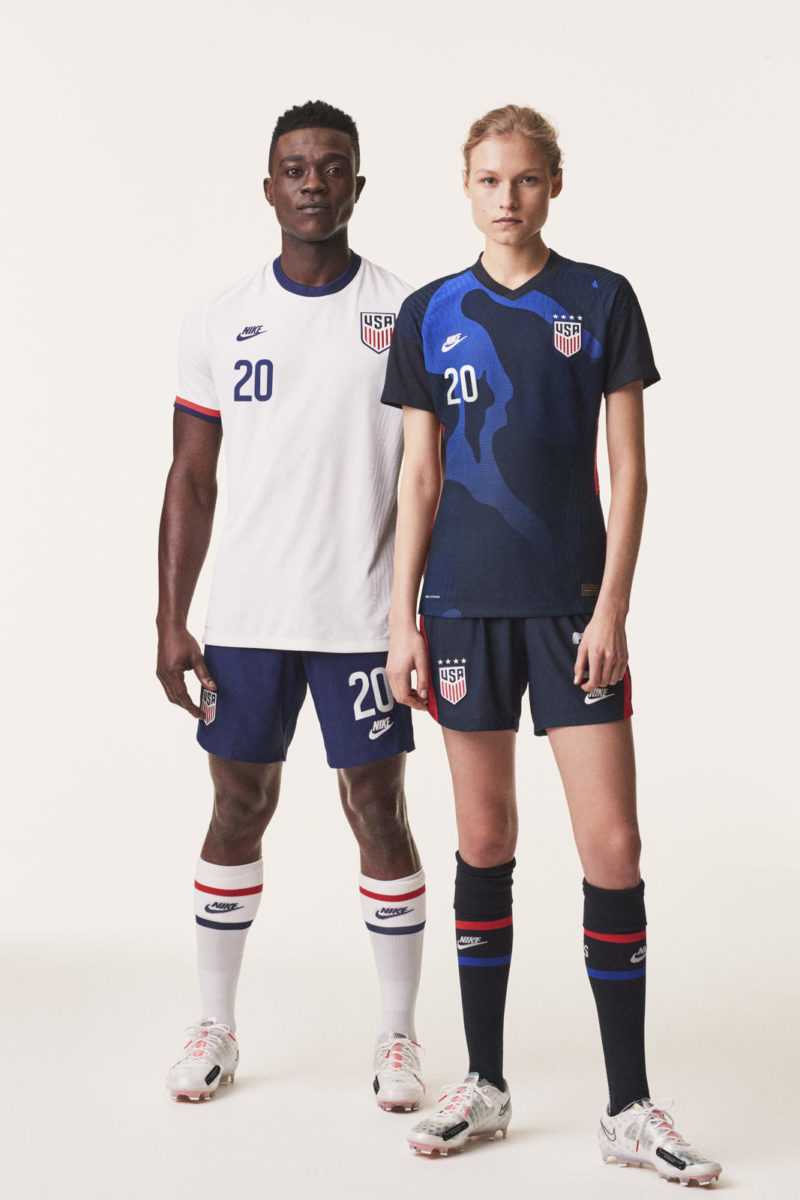 While the home kit is simple and refined, arriving in a clean, white, colourway with navy blue detailing. Red-and-white stripes run along the back of the neck, and a side stripe design pulls from the lab data on how the side appearance of the jersey is altered by a powerful kicking motion. Nike’s Futura logo appears on the left chest and on the socks, with the US the only federation set to don this version of the Nike logo on their 2020 kits.

The away kit is straight-up wavey, arriving in a deep obsidian with pops of brighter blue and red accents. Featuring a hand-drawn, abstract pattern with camo-esque elements in high fashion that will see the federation emblem raised embroidery for more dimension and shine. 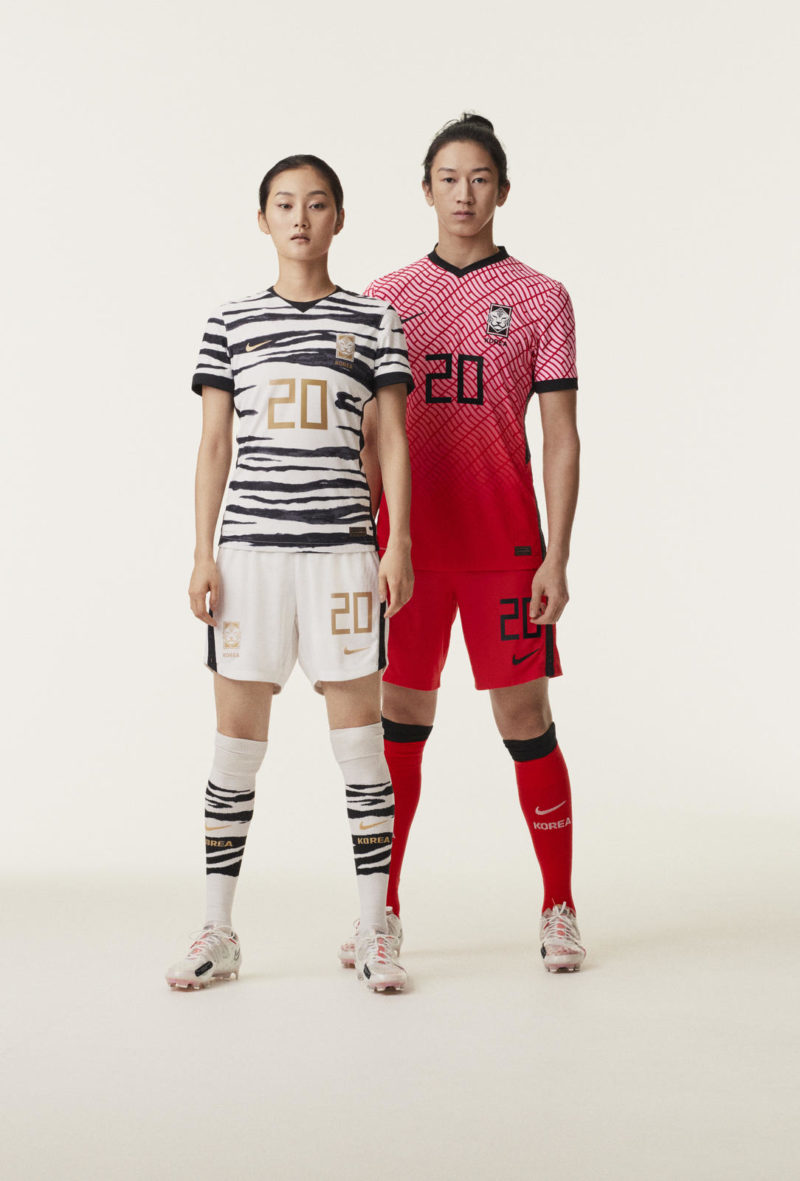 South Korea’s shirts get a major redesign that pays homage of the country’s vibrant culture and Hallyu. The home kit features a slick Korean Wave that incorporates patterns from the trigrams from their national flag. The vibrant pink on the upper body transitions into the new red of the federation through the torso and the shorts, while the shirt features the federation’s brand-new crest: a geometrical white tiger.

The away kit features a striking white tiger print on the jersey and socks, all originally hand-painted by Nike’s design team. The tiger is a guardian animal in Korean mythology, symbolising courage and power, with the animal-print theme complemented by luxe metallic gold Swoosh and crest applications.

Korea’s extended collection will include unique items, such as overalls and sunglasses, as well as significantly more women’s apparel than previous years.

Keep it locked to VERSUS to check out the latest Nike kit releases and in other Swoosh news, the brand have confirmed their first kit with Liverpool will be a customised design like Nigeria’s jersey.