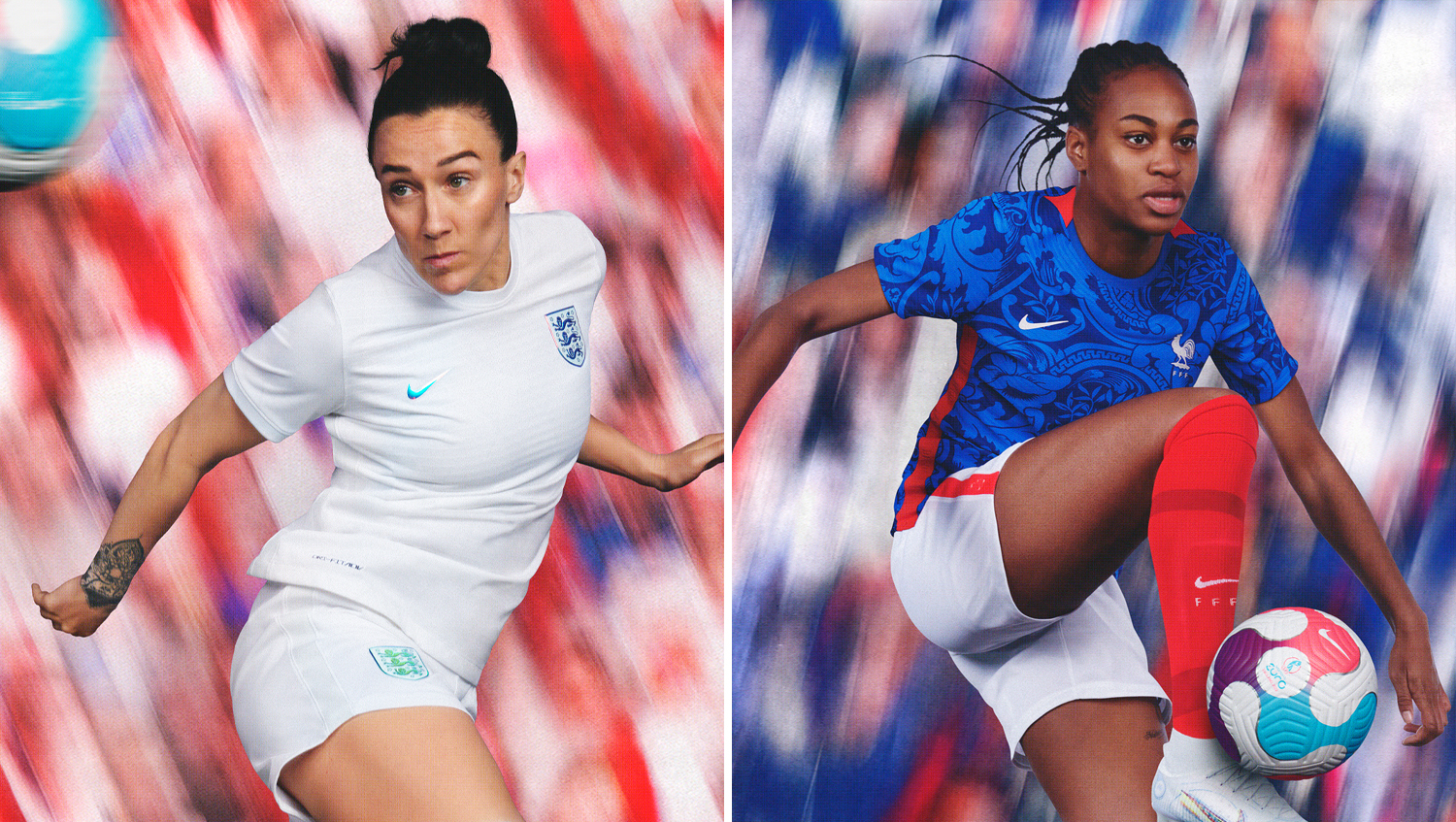 Nike have released their latest federation kits ahead of this summer’s UEFA Women’s Euro competition, and England are leading the pack with their latest drop.

The Lionesses’ kits have broken away from ‘traditional’ England templates and colourings with their bold new looks, but have kept the spirit of the nation alive at the design’s core.

The 2022 all-white Home jersey is constructed with a bespoke knit referencing the angular lines of cut diamonds. During the design research process, the players referenced a connection to the idea of being ‘diamonds in the rough’. Made under pressure, but born to shine.

The look, punctuated by iridescent pearl-like detailing on the crest, pays respect to all the players who have contributed to making women’s football what it is today – a crown jewel in the world of sport.

With its crimson shirt, short and sock combo – using ‘Old English’ typography on the front of the socks – the England 2022 Away kit forms a bold new look for the Lionesses.

The neon-crimson colouring with red trimming along both the collar and sleeves, is nothing like we’ve ever seen before when it comes to all things England. The Sarina Wiegman effect, maybe? When the likes of Beth Mead and Lauren Hemp blitz down the wings at Wembley, it’ll look like they’re on fire. Even more so than they usually are.

Both the England Vapor Match Home and Away kits give you the same look worn by your favourite pros on the field.

Its stretchy, streamlined design moves with you, while breathable fabric wicks sweat and dries exceptionally fast for peak performance. This product is made with 100% recycled polyester fibres too, as Nike continue to pave the way when it comes to all things sustainability.

Along with the release of England’s kits, Nike have shown the world what France, the Netherlands, Norway, Portugal and Finland’s jerseys will look like during the biggest summer ever in women’s football.

The distinctive patterns on France’s 2022 Home kit reference neoclassical art and architecture and combine the nation’s ‘tricolor’: blue jersey, white shorts and red socks. The 2022 France women’s Away kit is defined by the marriage of pink and white. While Norway’s famed mountains inform the abstract patterning of the nation’s 2022 Home kit. The design itself expresses the close bond of the people of Norway and its landscape, and pays respect to the teamwork that drives the squad.

Finally, Finland’s Home and Away jerseys pay homage to the relationship that the nation has with nature and to the thousand players who have represented Finland’s national teams. The Home kit carries an identifiable blue cross, a tribute to the Finnish flag, symbolizing the blue lakes and white snowdrifts of the country.

It’s an empowering time in sport — with women athletes taking center stage — and Nike is continuing to invest in growing the game alongside its federation partners, as evidenced by some the best kit designs we’ve seen in years.

All kits are now available to purchase directly via Nike online.

Take a closer look at the kits below. 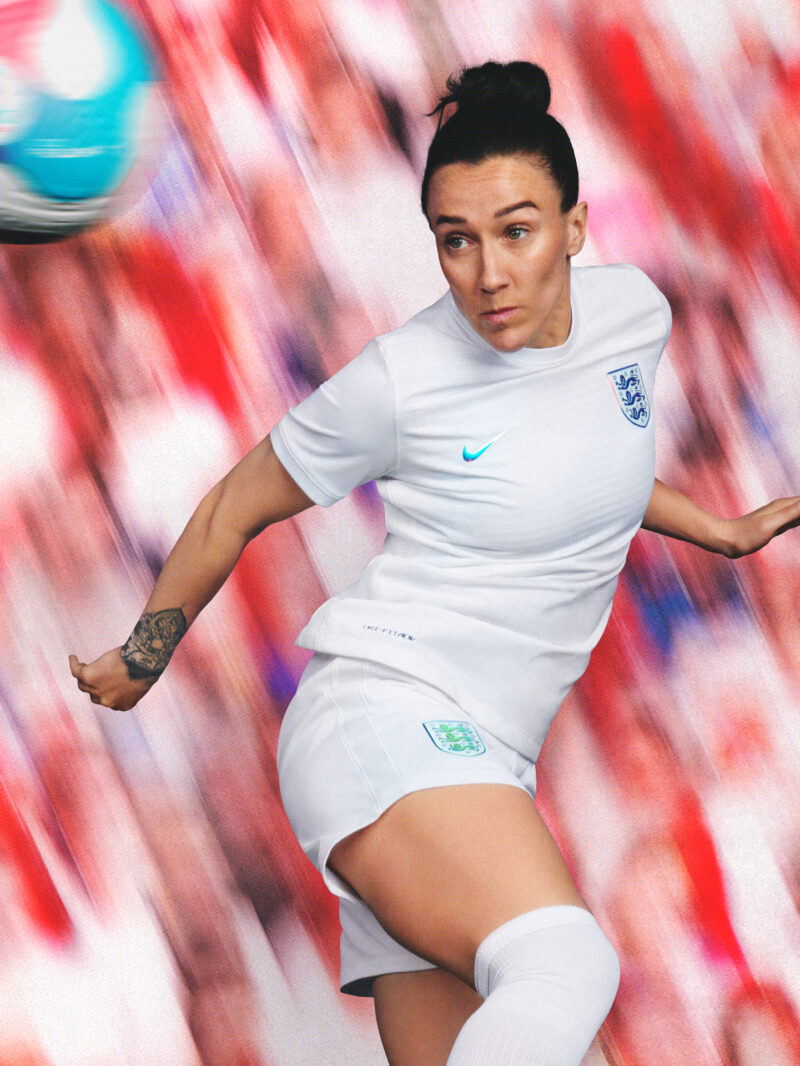 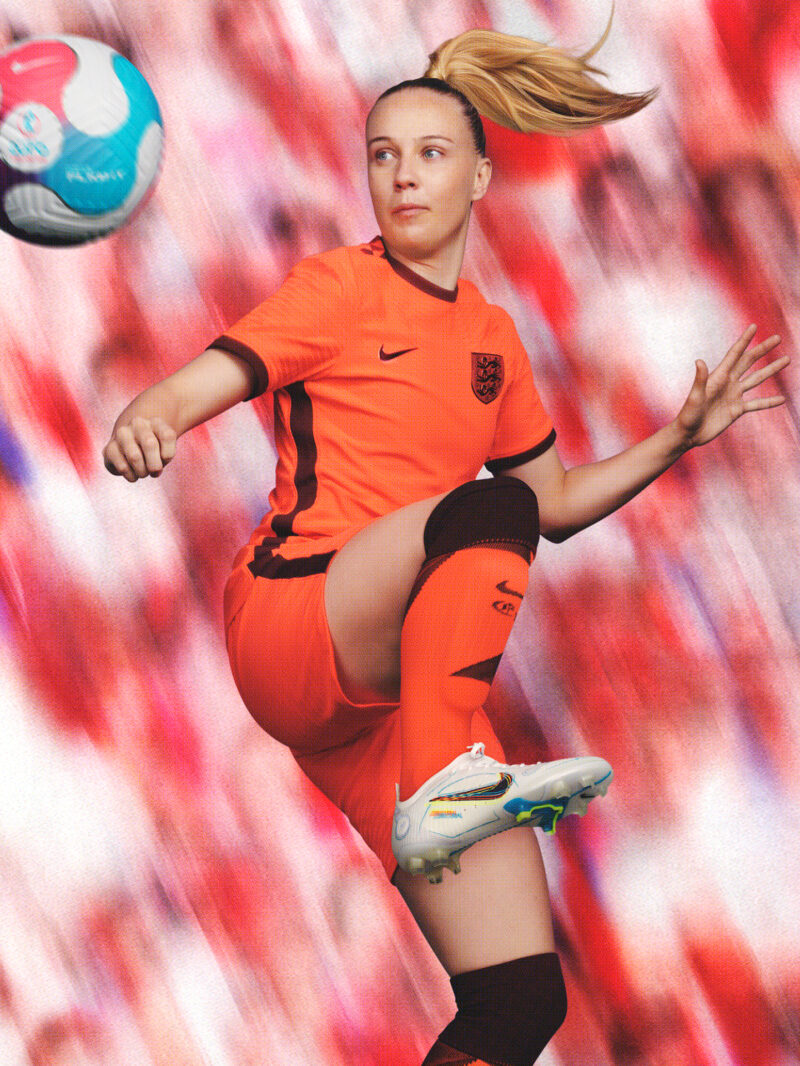 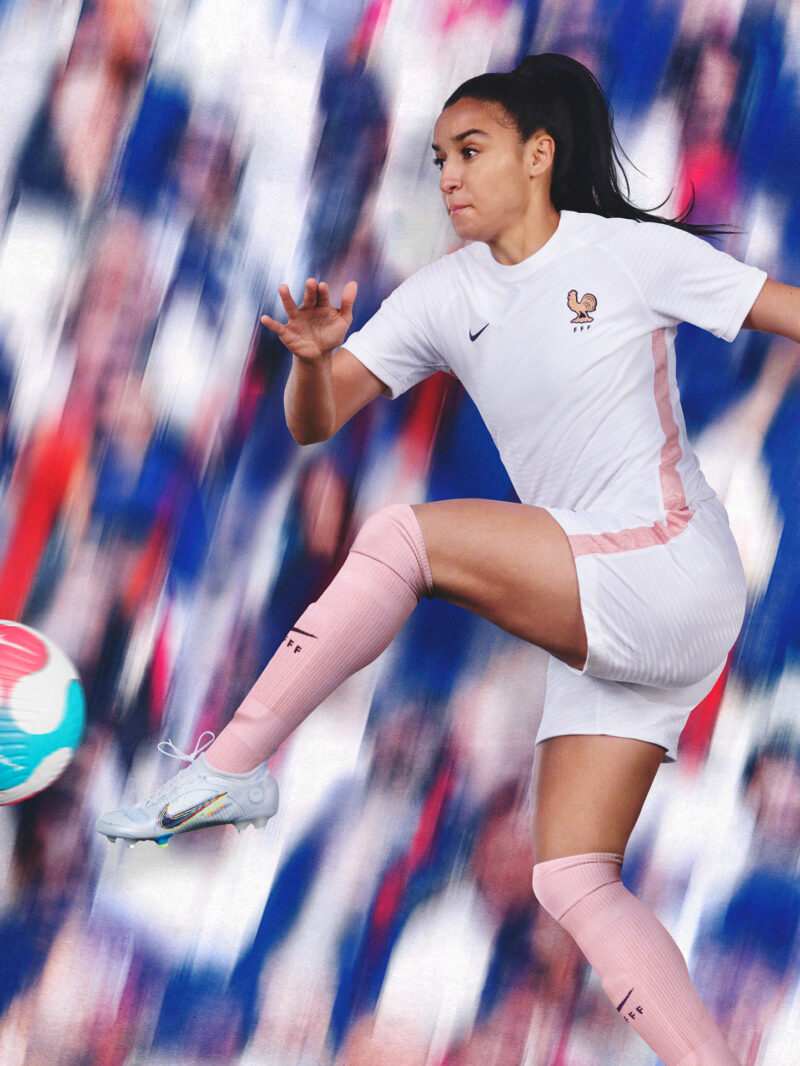 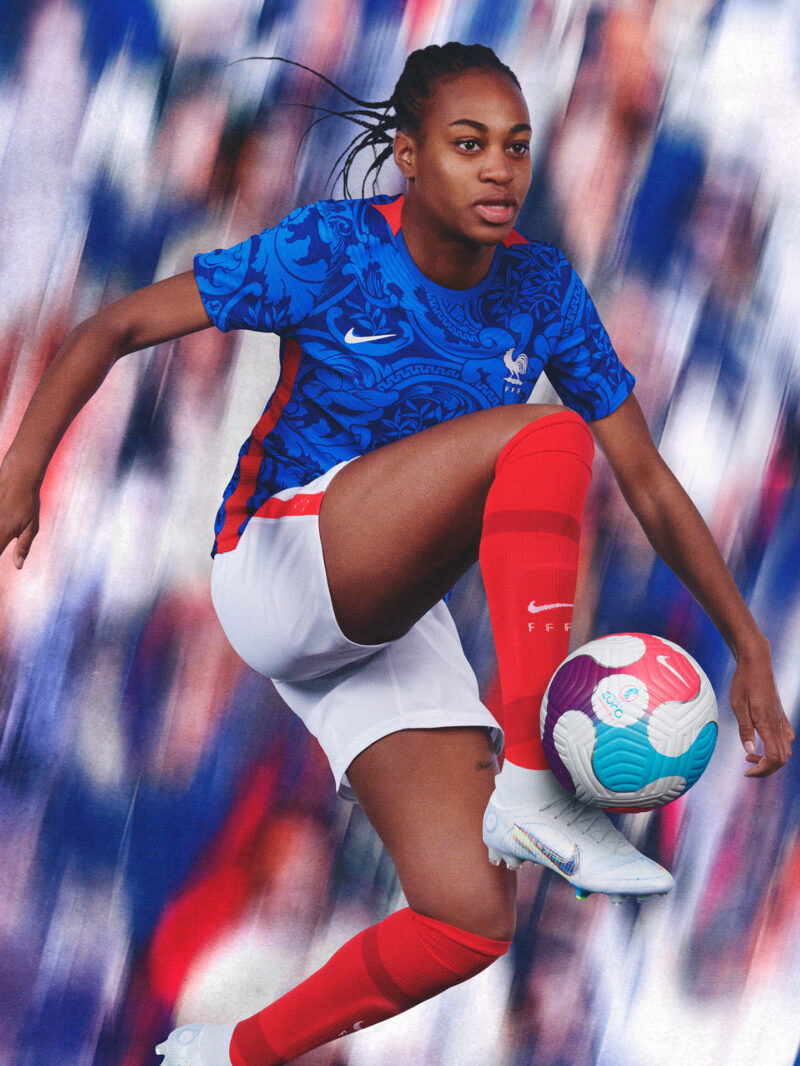 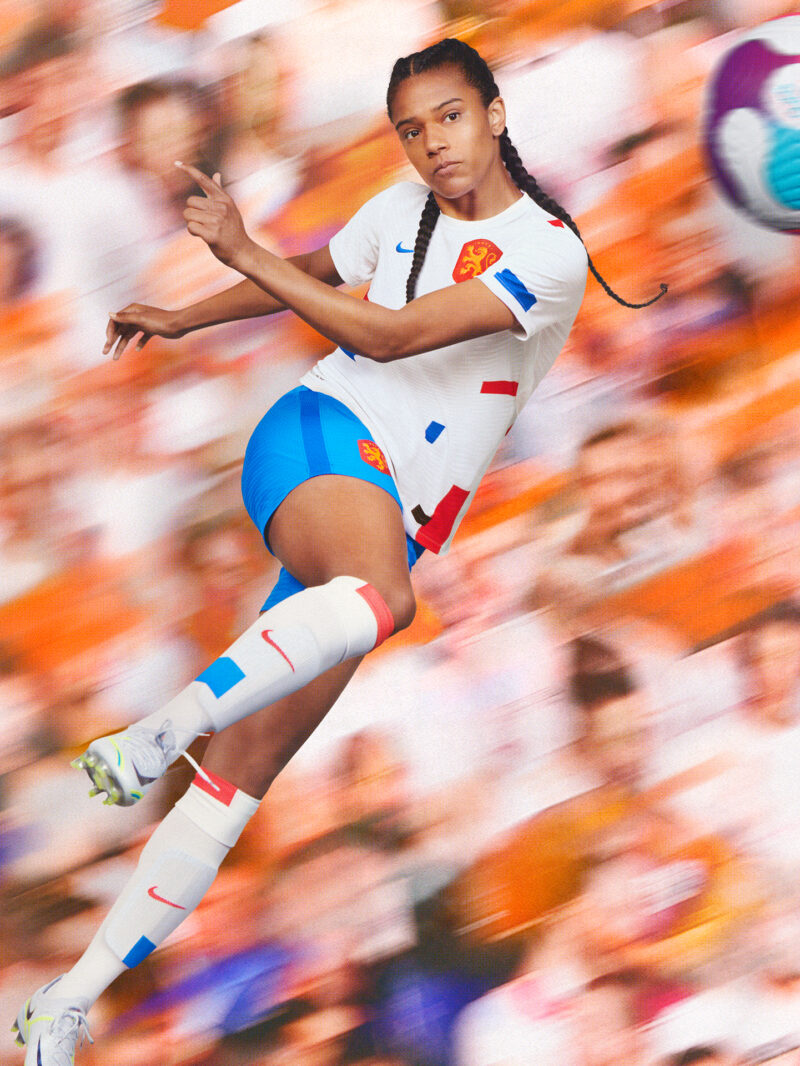 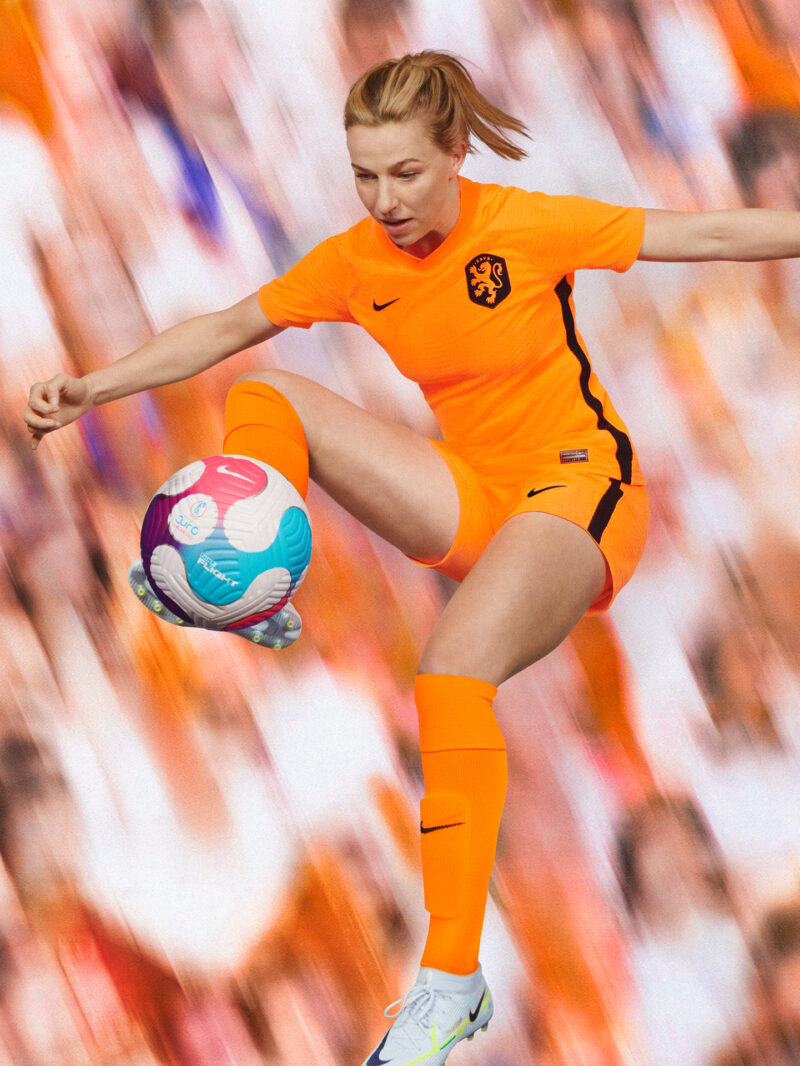