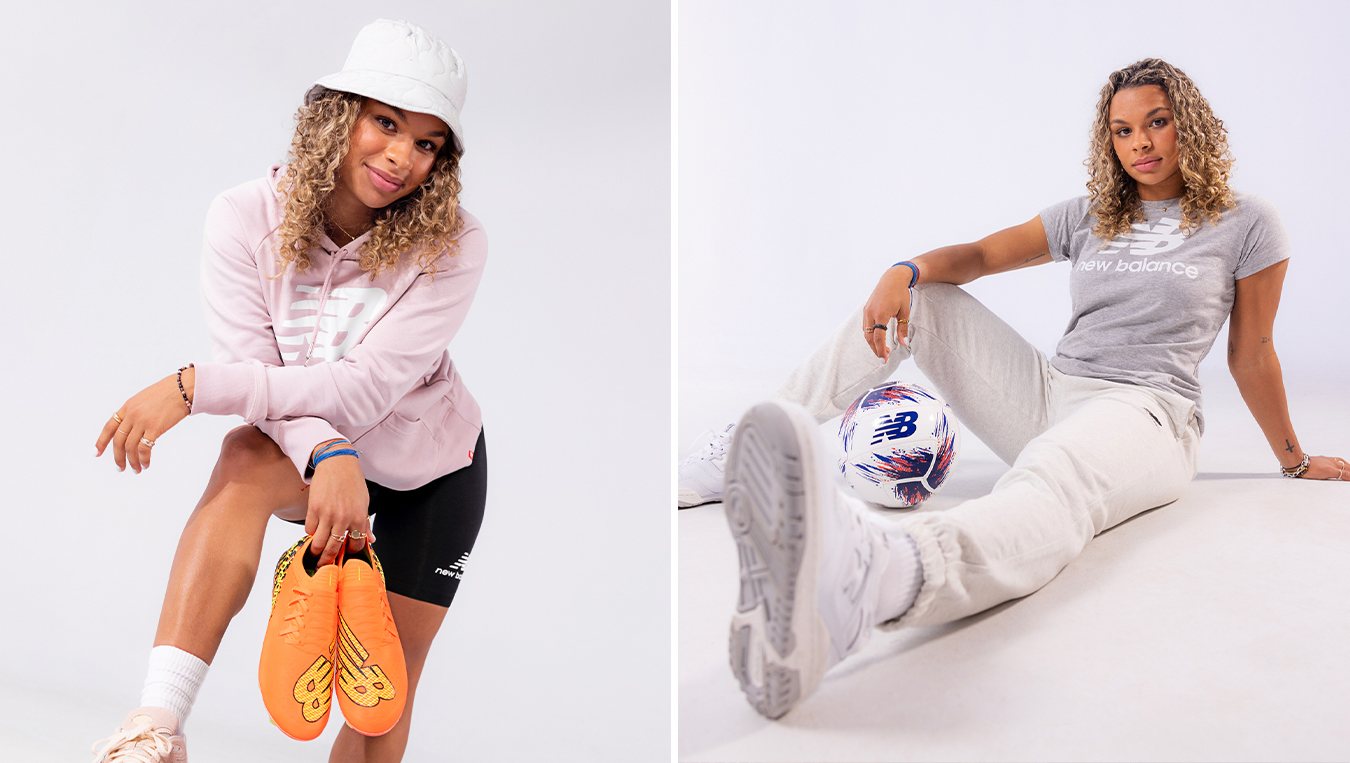 New Balance are building their women’s roster, and have announced one of the game’s brightest stars as their latest signing: Michelle Cooper.

The 2022 MAC Hermann Trophy winner and ACC Offensive player, is set to cause chaos in the upcoming U.S Women’s National Soccer League, having recently been selected by Kansas City Current as second-pick overall in the 2023 draft.

Cooper becomes the first woman in Dukes University history to leave college early in order to pursue a professional career in football, but that’s not to say this young baller didn’t have a stellar season as a sophomore. The 18-year-old broke the school record for most goals (31) and points (78) whilst leading her side to back-to-back NCAA Tournaments.

On the international stage, Cooper is already beginning to make some serious waves having won the Golden Boot and Ball at the 2022 CONCACAF Women’s U20 Championship, and captained the U20s to World Cup glory the same year.

In 2023 the world will be focused on women’s football and Copper becomes the latest women’s player to join New Balance Football as the brand expands its support and dedication to nurturing rising talent. She joins NWSL Champion and Costa Rican star Rocky Rodriquez, Spain Midfielders Claudia Zornoza and Sheila Garcia and Portuguese midfielder Tatiana Pinto.

Congratulations to Cooper on achieving a milestone moment in her career. This is just the beginning.