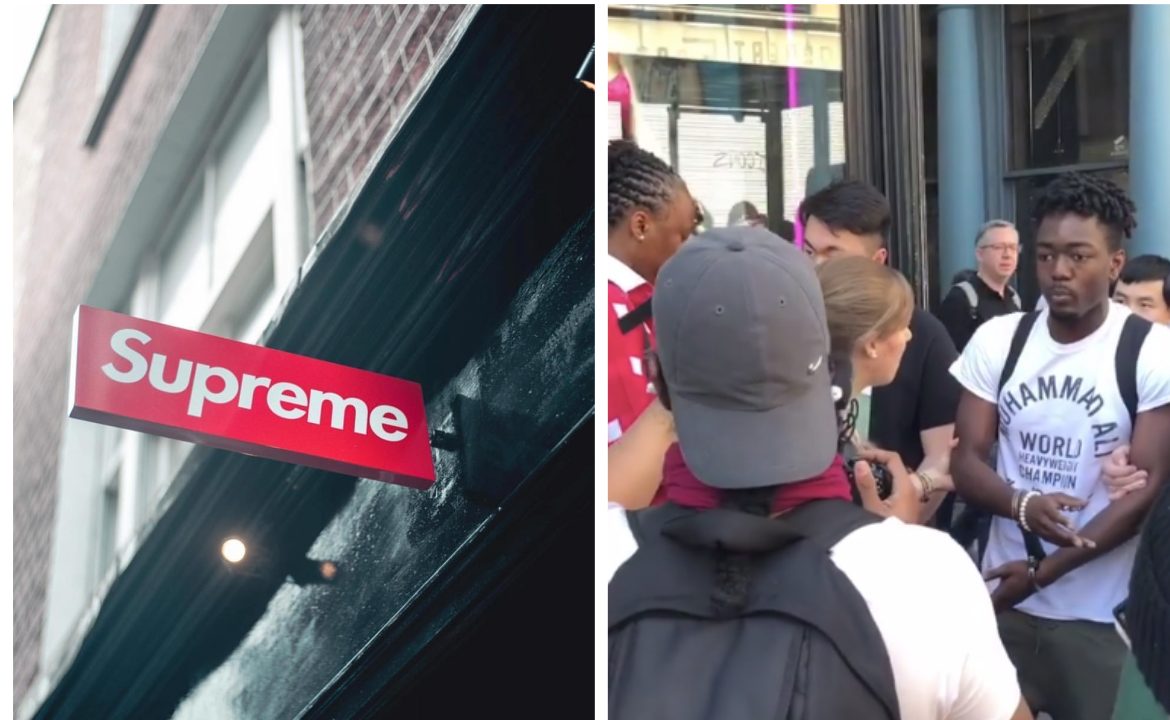 Street reselling outside the Supreme London store has seemingly been made illegal.

Reports have emerged via popular Supreme account SupTalk that undercover police from London’s Westminster Council apprehended and stopped a man from reselling a Supreme flask on the day of the recent Supreme x Lacoste drop in London.

SupTalk then posted an image showing a form with the caption: “Update: got done for £90 flask.”

It may be a result of Police cracking down on a law from section 27 of the City of Westminster Act 1999, which states: “A person who is not the holder of a street trading license or a temporary license and who engages in street trading whether or not from a stationary position in the city shall be guilty of an offense.”

It now looks like police will stop those caught reselling without a license, with the item (being re-sold) likely confiscated and a fine administered. If you’re trying to resell after drop day legally, it would appear you now have to apply for a street trading license and daily fees for selling, as well as not reselling directly outside the Supreme Store in Soho.