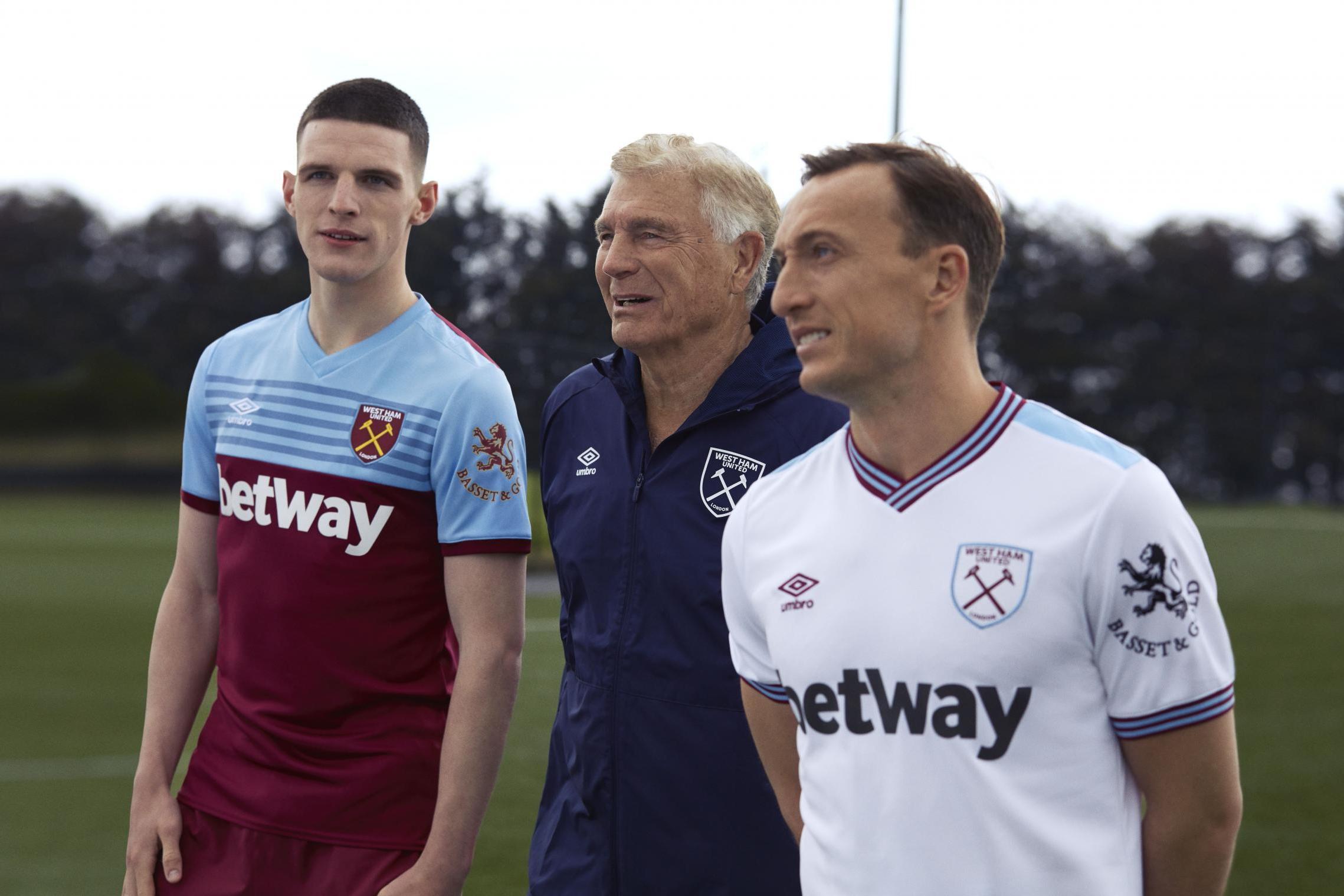 Umbro have unveiled West Ham’s new home and away kits for the 2019-20 season, and they’ve done bits with the two retro-inspired strips.

Inspired by the 1980 FA Cup-winning team, both shirts opt for a classic V-neck design worn by club legends Billy Bonds and Trevor Brooking during that historic season, with Mark Noble, Declan Rice and Felipe Anderson ushering in a new era by modelling the clean new kits.

Introducing our new 2019/20 Home and Away kits ⚒ #ThenNowForever Pre-order yours now! Link in the bio ☝️

West Ham skipper Noble said: “To wear this shirt, especially with the West Ham badge on it – it takes an honest player, hard-working, a player that leaves everything on the pitch and plays for the crest on the shirt. When you play for this Club, you join a family and players do realise that this is not just an ordinary Football Club, this is a great Football Club, with a great history, and the shirt represents just that.”

The new West Ham strips go on sale in stores on Thursday 13 June – you can pre-order the kits here.

In other football shirt news, adidas and Leicester City recently dropped a wavey pink wway kit ahead of the Foxes’ 2019/20 campaign.