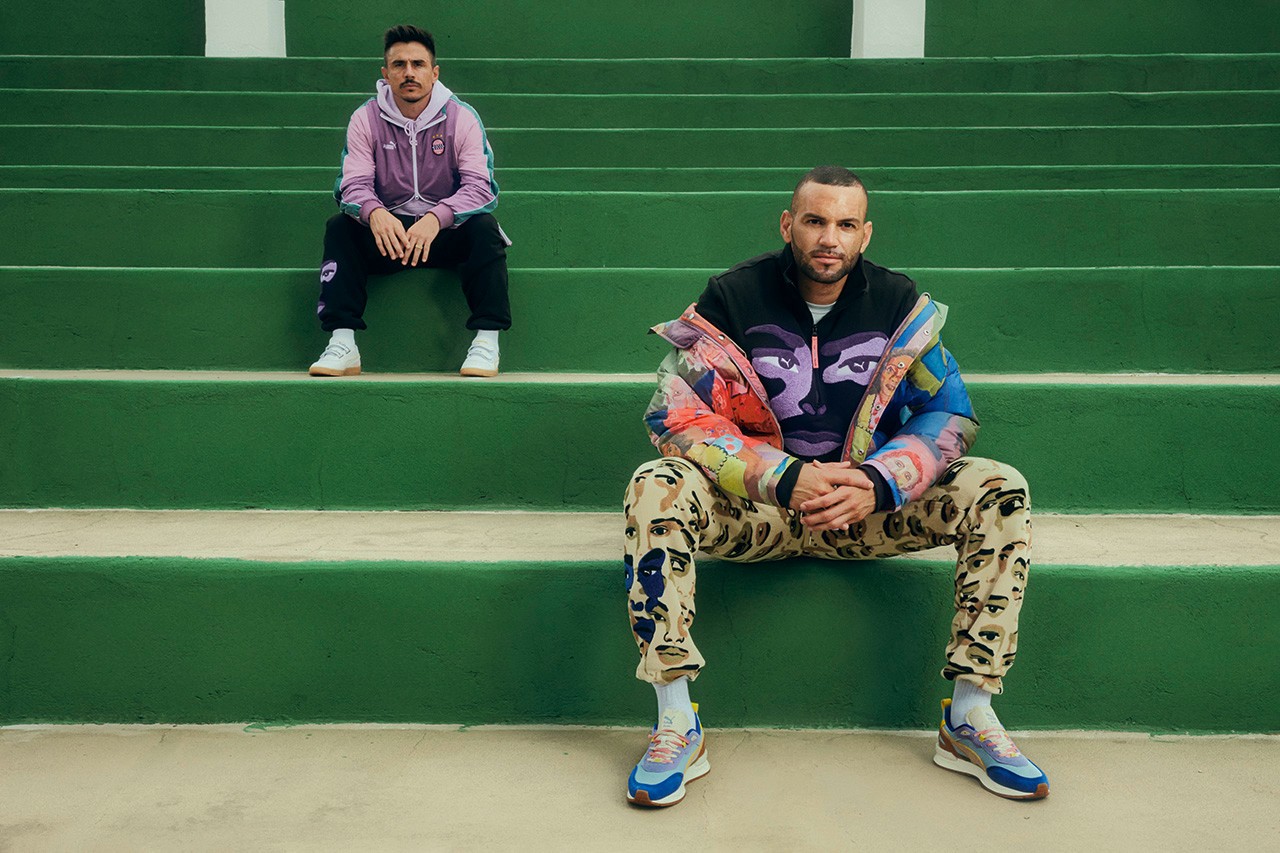 Brooklyn-based artist collective KidSuper have continued its collaborative work with PUMA for another football-inspired collection.

The second co-branded collection is infused with boundless imagination and continues to explore KidSuper’s artistic and experimental way of thinking, with founder Colm Dillane‘s artwork, mix-and-match prints and other design touches seen across the new range.

Four new footwear silhouettes are included in the new pack. PUMA’s Vesuvo model is stripped back to a classic white leather upper, with exposed form on the formstrip and tongue and KidSuper Studios embroidery across the hook and loop straps.

The RS-2K Slip-On is giving a n all-over face print came that features elsewhere in the collection, while the Mirage Max and Trailfox are given more colourful aesthetics and design touches such as a pencil holder on the Trailfox and tie-dye laces on the Mirage Max.

The collection also includes a variety of apparel featuring painted and sketched graphics from KidSuper, with the face print camo featuring on a wavey, standout tracksuit.

The collection is shot with favorite team, Brazilian giants Palmeiras, with William, Gabriel Veron, Weverton and Renan serve as the models for the cold new collection.

Take a look at the campaign in the gallery below and cop the collection on the PUMA webstore now. 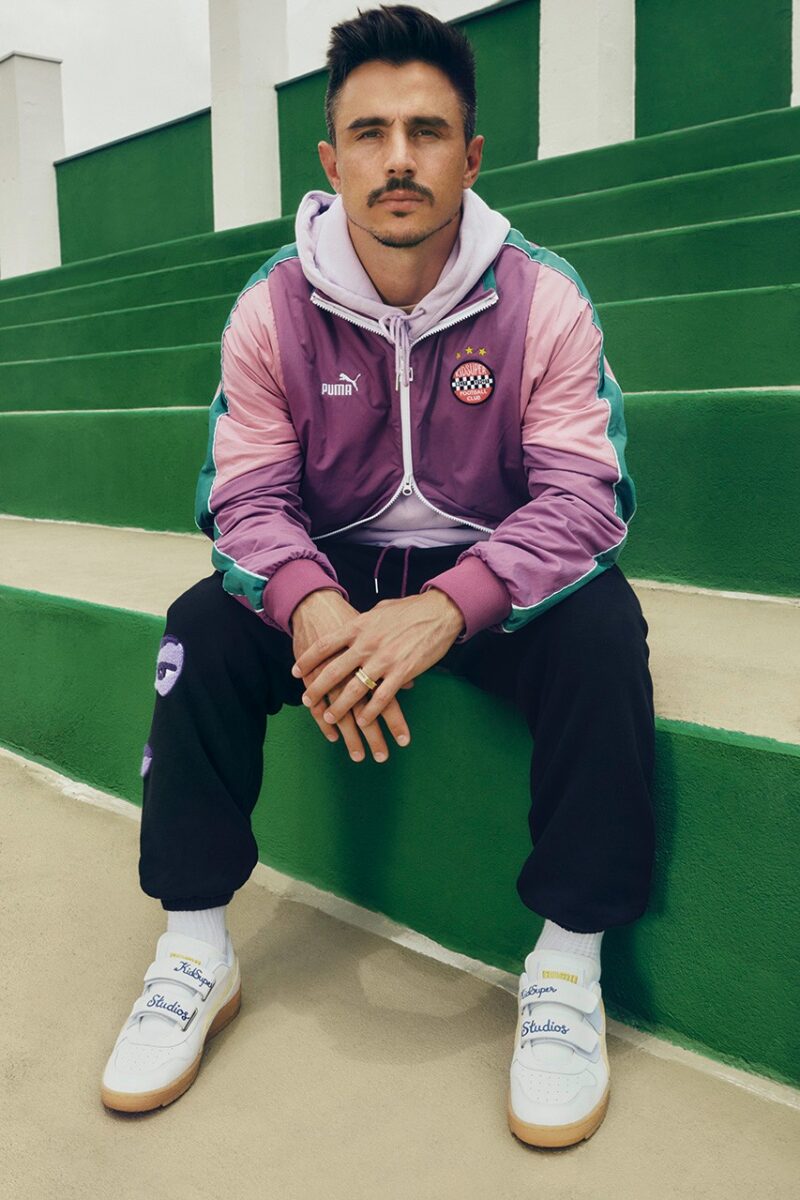 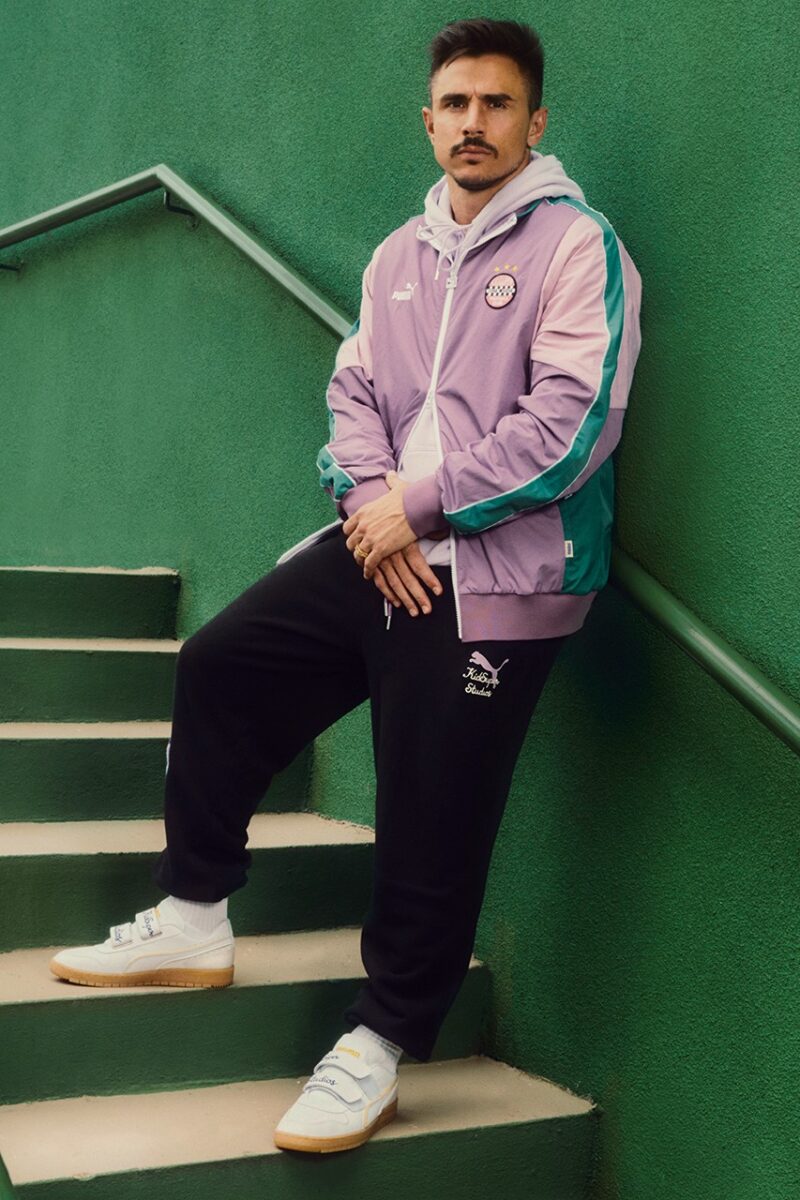 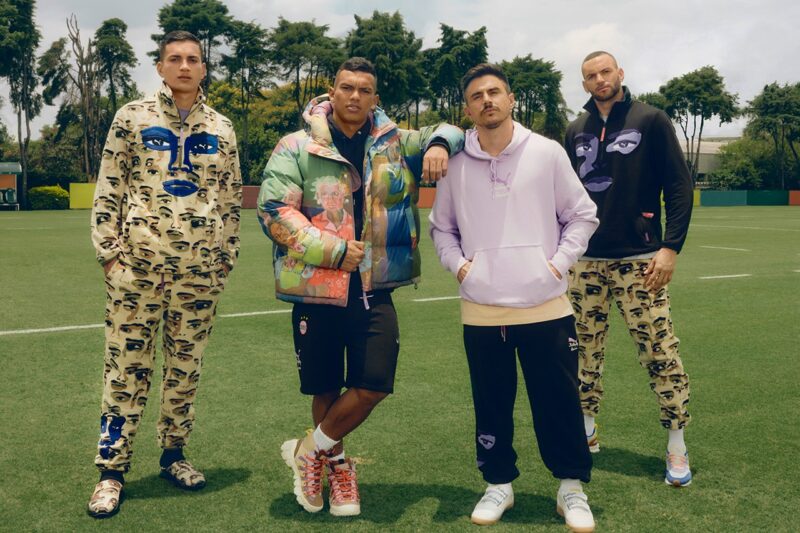 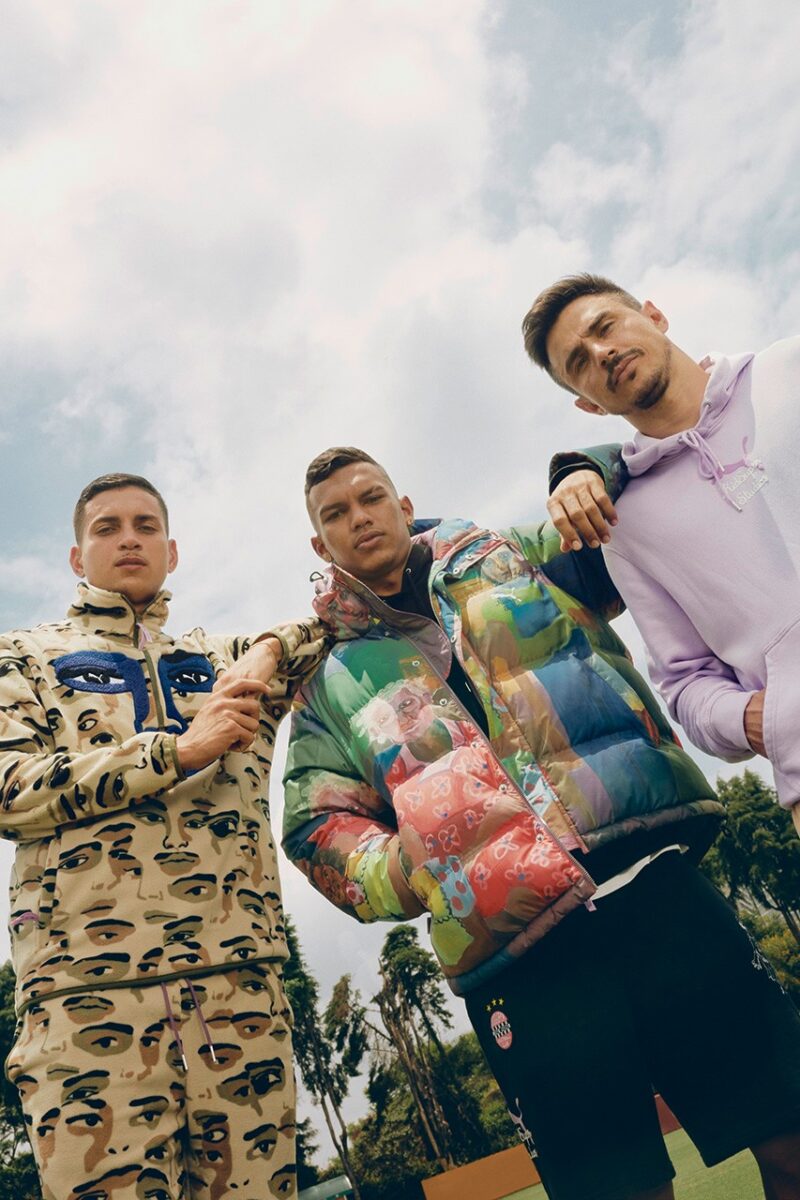 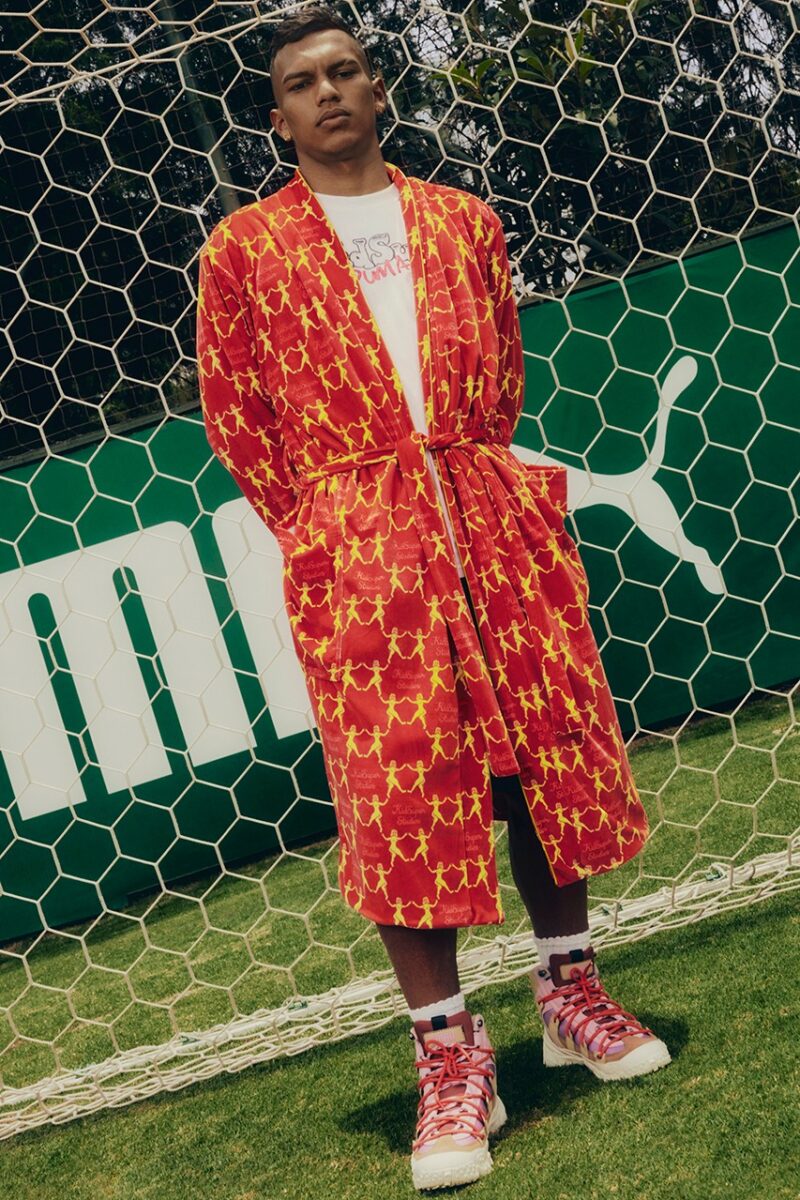 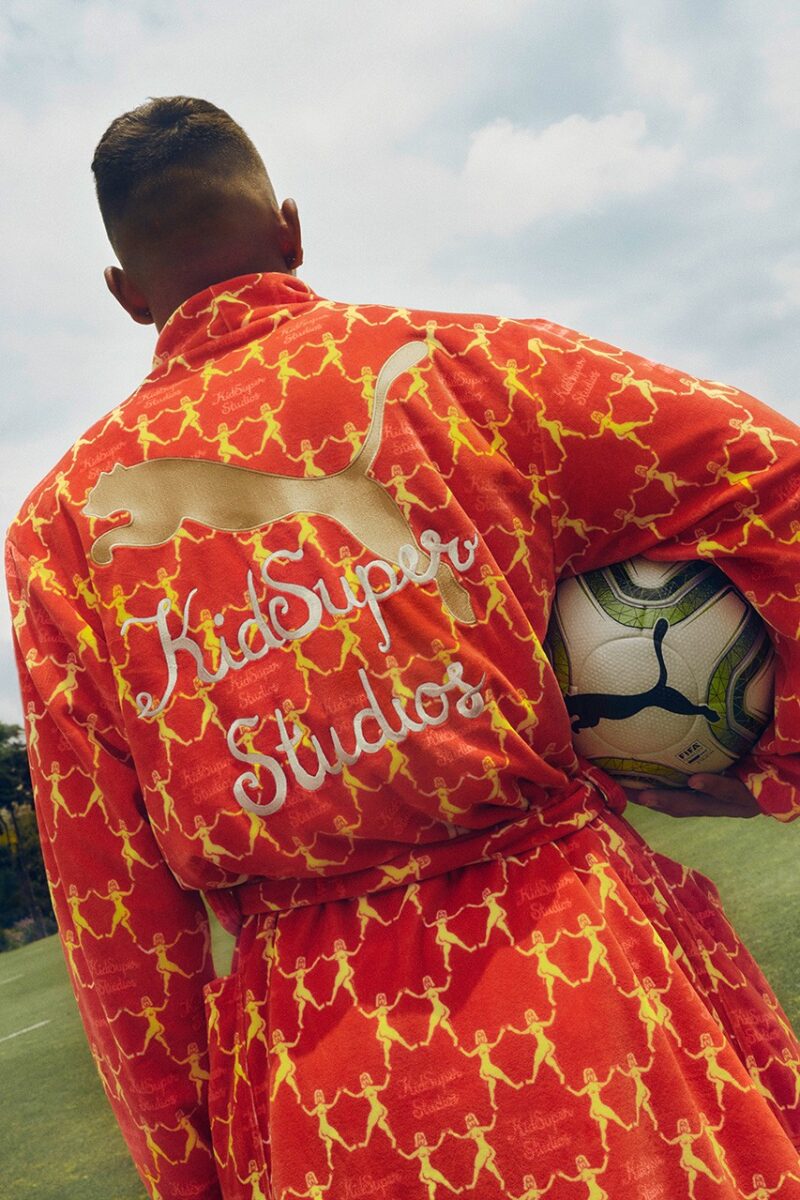 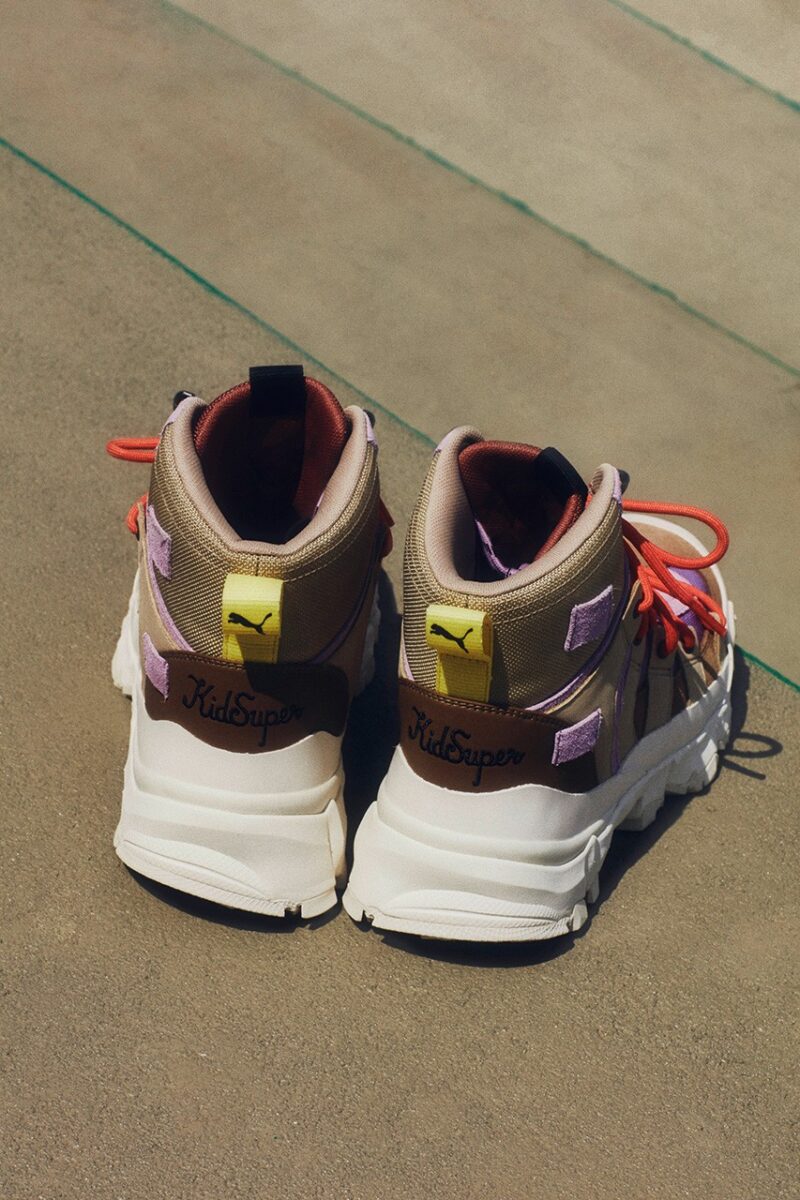 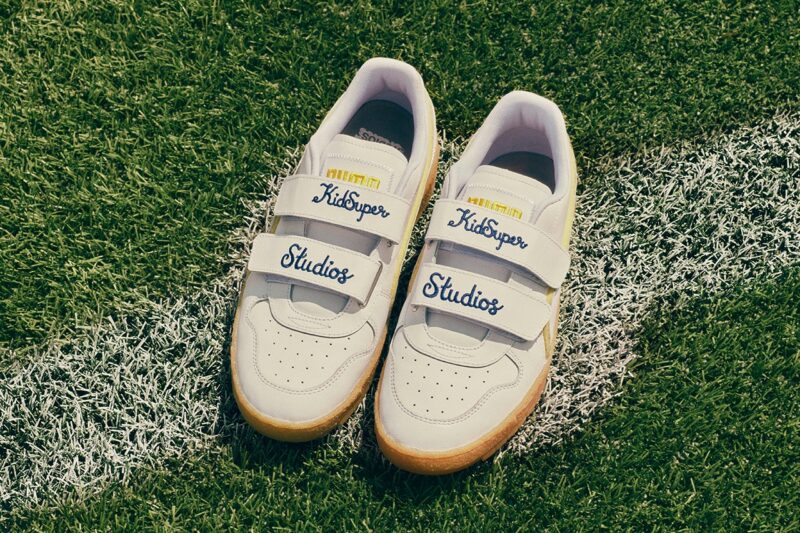