Manchester City going clear to pick up four league titles in five seasons. Real Madrid proving their success on the European stage is inevitable with their 14th Champions League title. Olympique Lyon Féminin showing us why they’re the only queens worth celebrating with another all-conquering display on the domestic and continental stage. It’s been another season of eminence and excellence on the pitch – but don’t sleep on off-pitch talking points, either.

From the Premier League’s problem with sportswashing to pro players being signed up as ambassadors for the world’s biggest fashion houses, football’s ability to impact society and culture remains all-encompassing. As the season finally draws to a close, our team looks back at some of the campaign's most important talking points and reflects on the lessons they’ve learned from covering club football in 21/22. 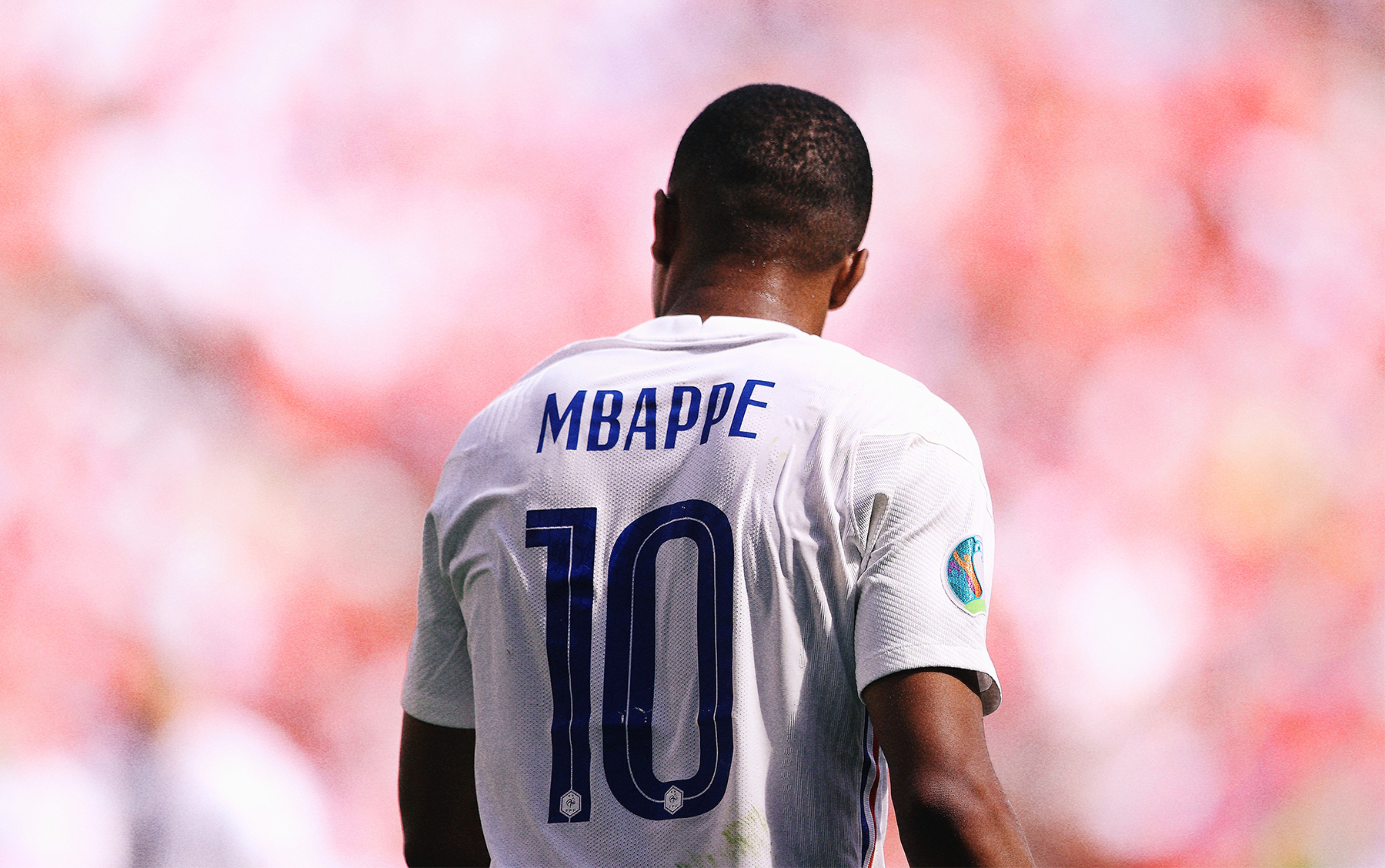 1. Player Welfare Is More Important Than Ever

The pressures of being a footballer at the highest level have been more visible this season than at any other time. While the subject matter is never nice, it was at least encouraging to see this generation of players speak openly and honestly about the game’s impact on their mental health at various times. Kylian Mbappé spoke about his treatment after missing a penalty at Euro 2020, Marcus Rashford talked about the criticism he’s received for on-pitch performances, and Dominic Calvert-Lewin opened up on how talking about his issues ‘saved his life’. In the midst of wanting to celebrate three points or commiserate the way our team is performing, it’s easy to forget those on the pitch are ordinary people before anything else. It’s okay to be critical and to have healthy debate, but the culture of toxicity on the timeline and in comment sections can hit those in the firing line deeper than we realise. Pro ballers are more like us than we think. – Mayowa Quadri 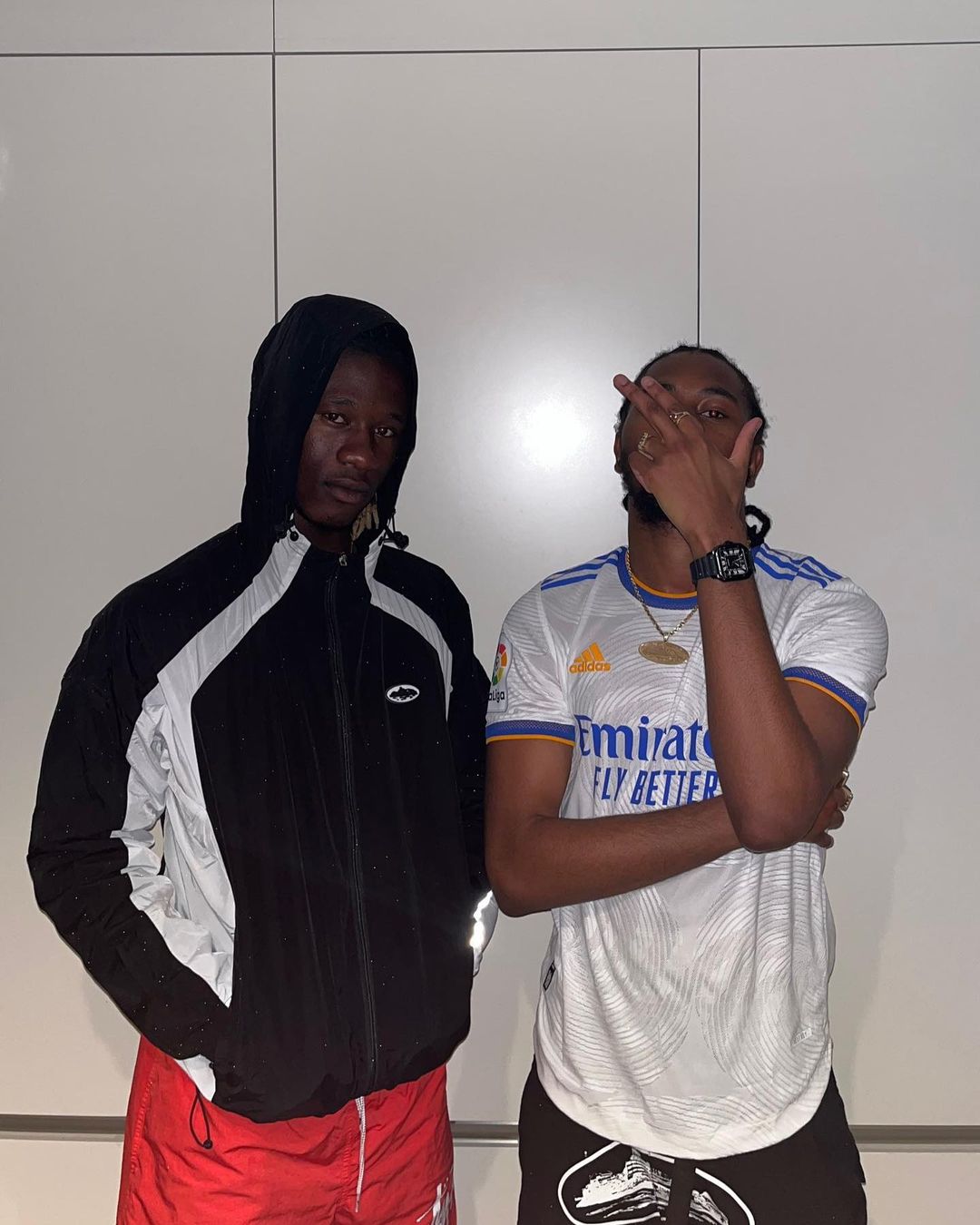 2. The Conventional Football Fit Is Dead

Amiri jeans. Essentials Tracksuits. Off-White x Nike sneakers. All are some of the staple pieces we’ve seen donned en masse by ballers all around the world. But this season showcased a different sort of dexterity in drip from prominent players. Kalvin Phillips went viral after being spotted wearing those Yeezy Boots casually on the streets of Yorkshire. In London, Trevoh Chalobah could be seen rocking Denim Jeans with Marni while Raheem Sterling launched his own brand at London Fashion Week. In Spain, Hector Bellerin rocked NYC’s bespoke textile brand Bode, Jules Kounde flexed Casablanca, and Eduardo Camavinga rocked London’s most in-charge streetwear brand, Corteiz. Jack Grealish and Kylian Mbappe became Global Ambassadors at two of the biggest fashion houses in the world in Gucci and Dior. Even ballers considered dusty in the style game like Robert Lewandowski pulled up to Paris Fashion Week while rocking head-to-toe Louis Vuitton and Off-White. In short, 2021-22 was a season where fits in football stepped up a level. More of the same next season, please. – Jacob Davey 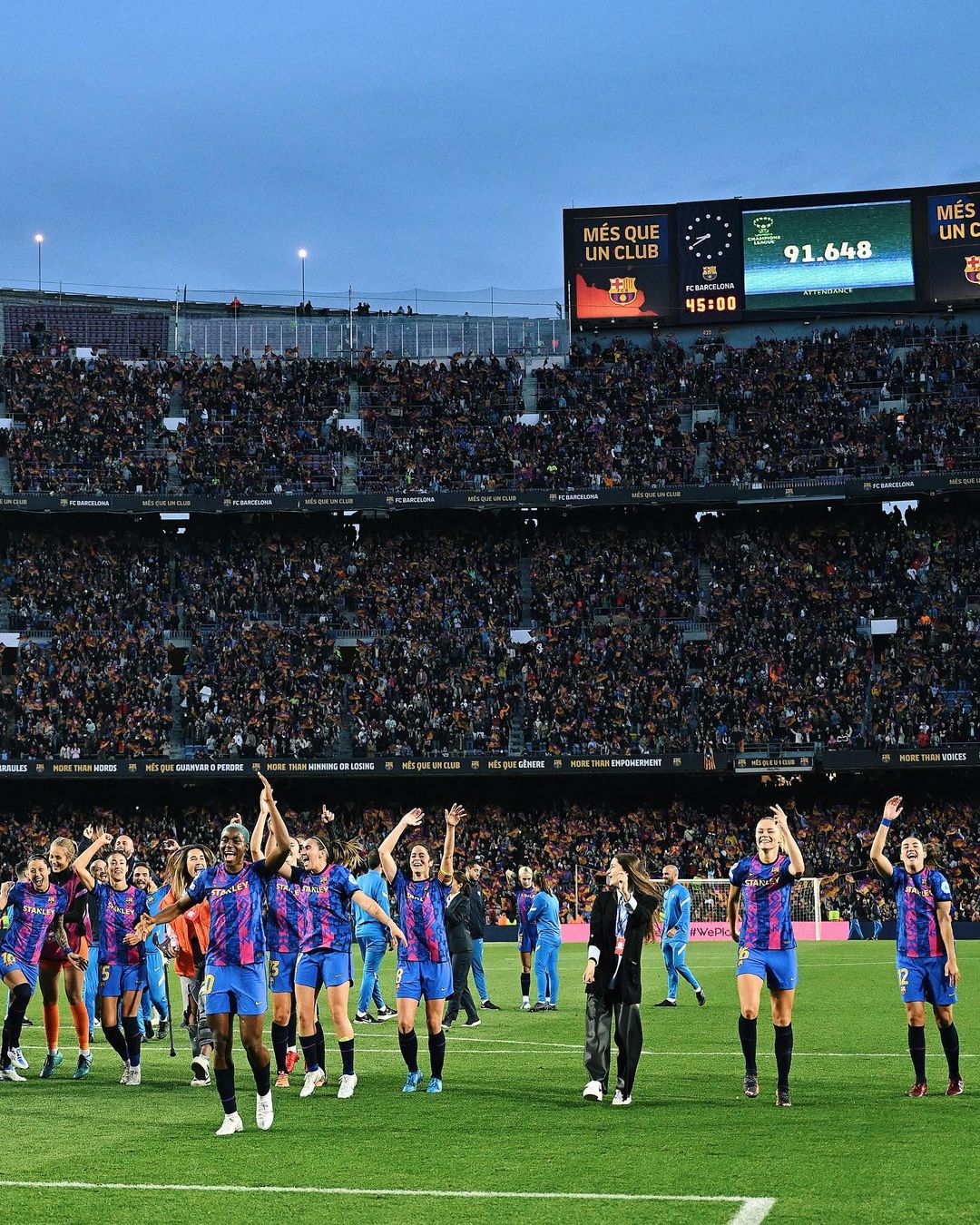 This season has given us record after record when it comes to women’s football attendance figures. From Barcelona playing their first UWCL El Clásico at Camp Nou – and selling out back-to-back fixtures to break Guinness World Records – to Feyrnoord Vrouwen setting a new Dutch attendance record in their maiden season. But more needs to be done on UK soil to ensure we don’t fall behind our European counterparts. Struggling to fill venues with a capacity of a few thousand on a weekly basis is shocking compared to attendance figures across the Channel. Back in April, Scottish players Erin Cuthbert and Caroline Weir took to Twitter to call out the SFA for choosing to open just a fraction of Hampden Park for their World Cup qualifier against Spain. And ahead of the Euros on English soil, Iceland captain Sara Bjork Gunnarsdottir criticised the fact group games are being played at Manchester City’s Academy Stadium – a venue with a capacity of just 4,700 fans. How is the women’s game supposed to grow and reach new audiences if it’s quite literally being restricted from doing so? – Amie Cripps 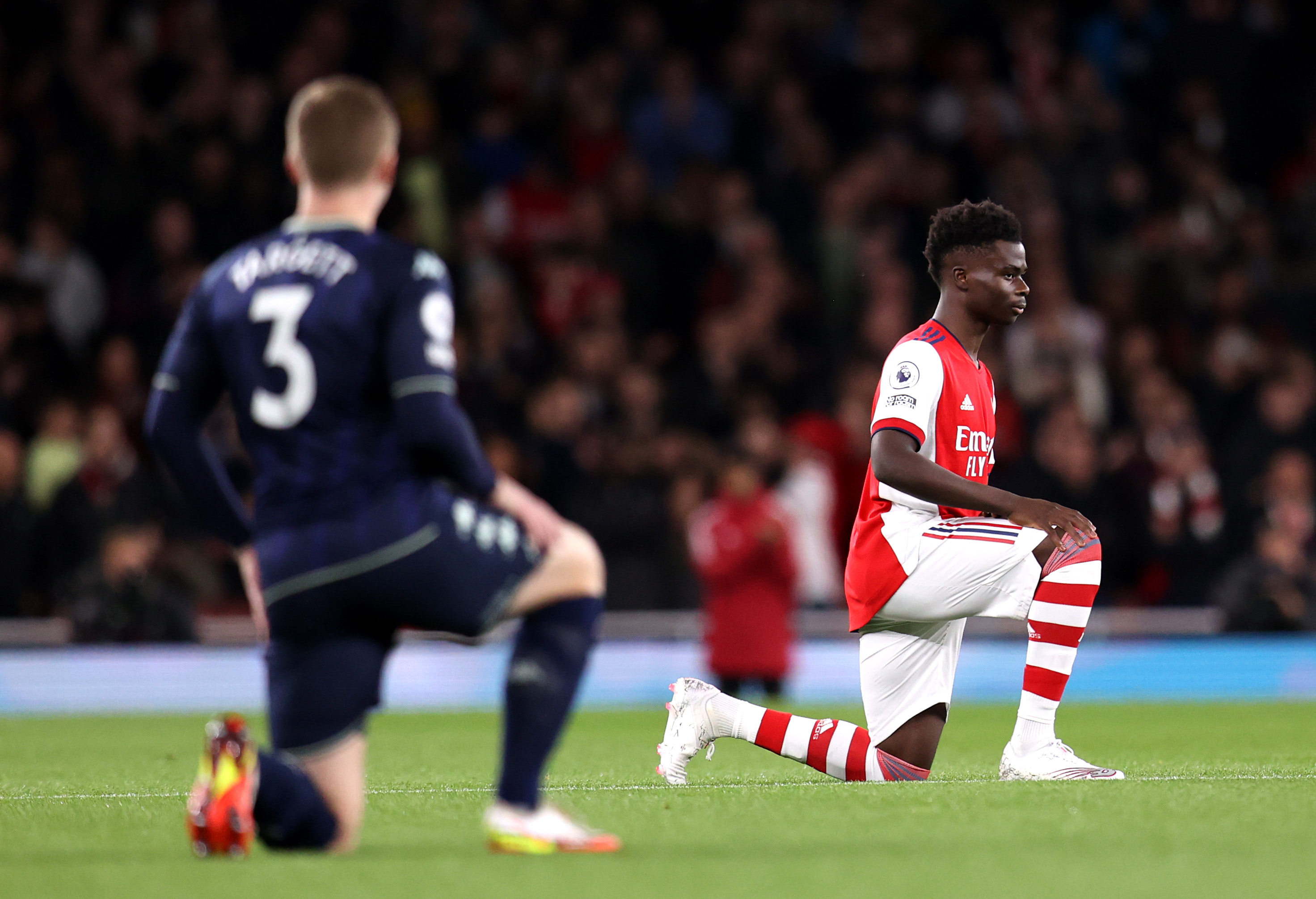 4. Actions Will Eradicate Racism, Not Gestures

Premier League players have just concluded a second season of taking the knee to show support for fighting racism. While many were calling the gesture tired by the end of the first season, last summer’s Euros exposed how visibly racism still exists on these shores. In the UK this season, we have started to see authorities giving racist instances the punishment they deserve. A 19-year-old was convicted for his abuse of the England trio who missed penalties last summer, another was jailed for racially abusing Rio Ferdinand, and Crawley manager John Yems was sacked for racist comments. It’s hard to draw a direct line between the knee and more serious action on racism, but there’s no doubt it raised the topic higher on football’s agenda. But ‘starting conversation’ should never be left to stand as the only tool we have to fight racism. Action is always needed. – Mayowa Quadri 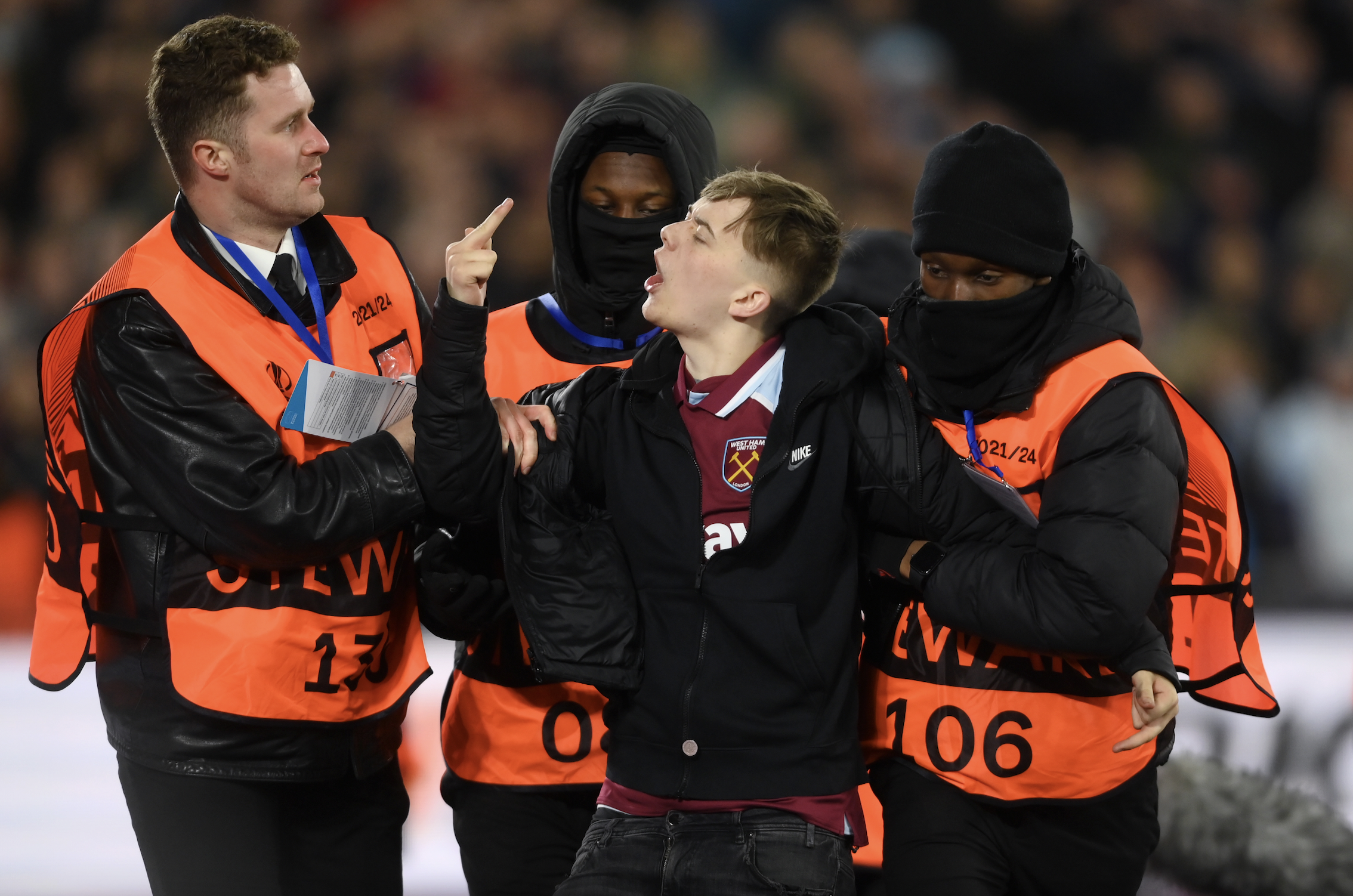 5. The Problem with Pitch Invasions

Football fan culture can, at times, seem to be more progressive than ever. Young people are embracing the fluidity of the modern game with fashion, music, gaming and activism all playing a more significant role in football than ever before. However, you don’t have to spend too much time at a stadium on matchday to find more problematic elements of fan culture that lurk just beneath the surface. Pitch invasions – whether full scale takeovers at full-time or lone idiots after a goal goes in – have become commonplace and represent a very real danger to players, as seen over the last two weeks. Cocaine use at games is also out of control, while reports of verbal discrimination at games continues to rise year-on-year. It feels like the chaotic scenes of last summer’s Euro 2020 final woke up a type of fandom that the game has worked so hard to move away from. – Johnny Kay 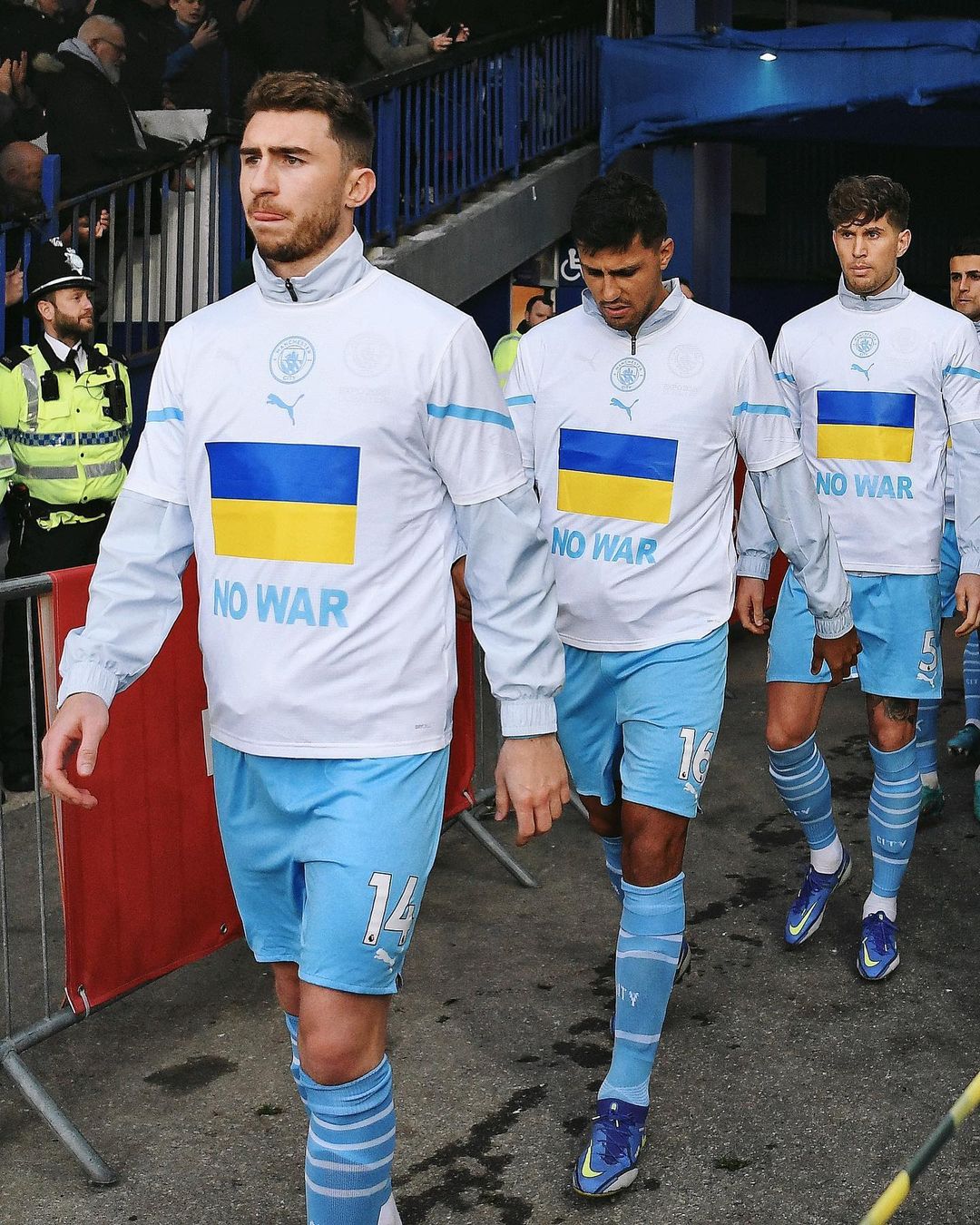 6. Football and Politics Are Inseparable

Football has been deeply intertwined with politics for generations. But unlike any other year, 2022 showed the extent of why they’ve become inseparable entities at an unprecedented level. Debates around sides that are operating as sportswashing enterprises entered into public discussion at a prominent level. Players continued to take the knee and support the Black Lives Matter movement. After Russia invaded Ukraine, Chelsea owner Roman Abramovich was sanctioned by the UK Government for his connections to Vladimir Putin and forced to sell the club. The UCL Final Matchball had “PEACE” emblazoned on it. Liverpool fans made it on the front pages of national newspapers for booing the national anthem, while “Fuck the Tories” rang out on the terraces every home game. And with the 2022 World Cup set to take place in Qatar, where it’s illegal to be gay and thousands of migrant workers died during construction, the connection between football and politics will be placed under the microscope once again at the biggest stage on the planet. This was a season that silenced the “keep politics out of football” brigade once and for all. – Jacob Davey 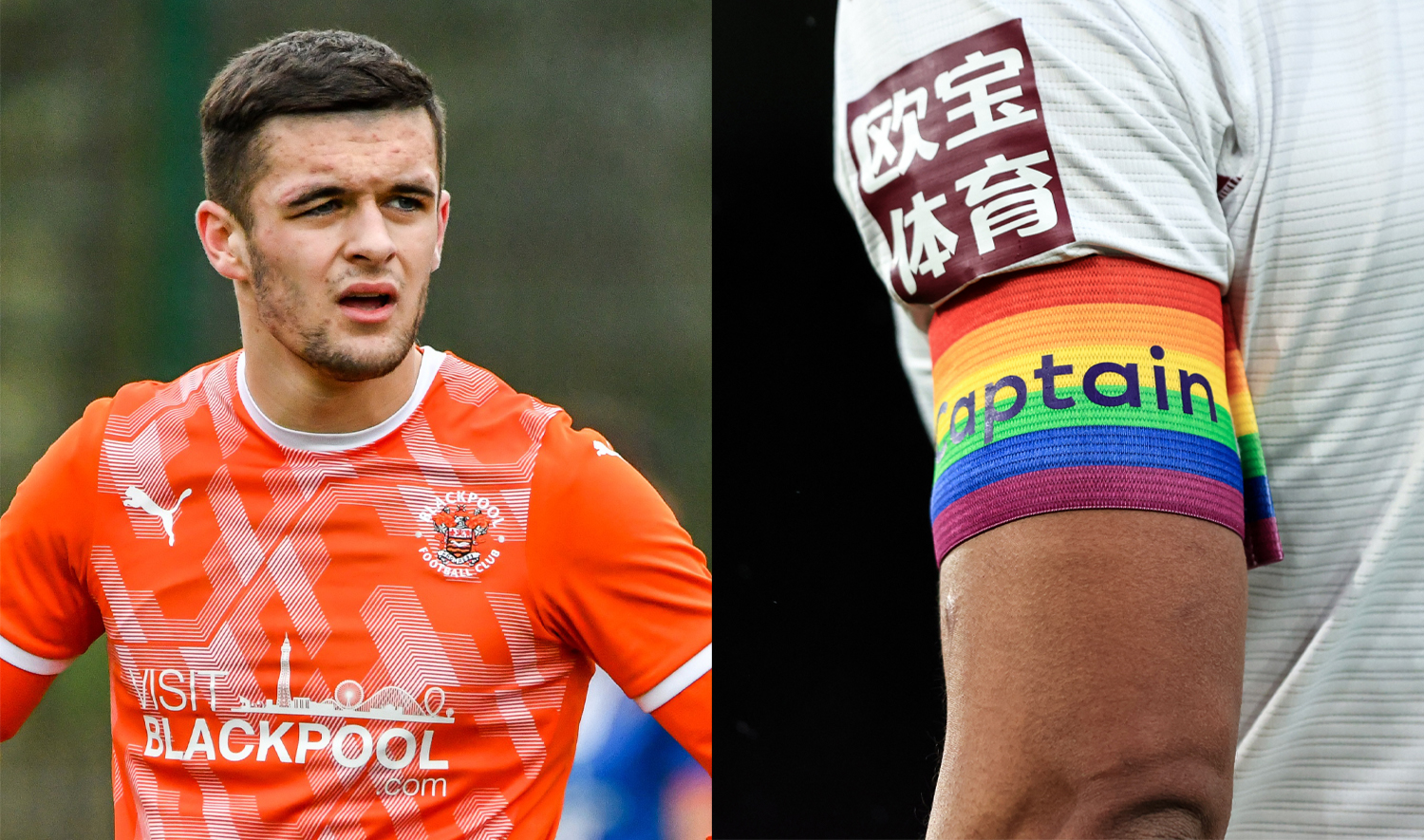 7. The Tide Is Finally Turning for Gay Male Players

In less than a year we’ve had two active pro male players come out as gay. Adelaide United’s Josh Cavallo and Blackpool FC’s Jake Daniels. Their decisions to do so are perhaps an indication of times changing when it comes to men’s football being a more inclusive space for minority groups. Up until Cavallo and Daniels, male players have chosen to wait until retirement before coming out – former Aston Villa midfielder Thomas Hitzlesperger being a prime example. Traditionally, football has been an environment where toxic masculinity has run rife. We only have to look at the tragic story of former Norwich player Justin Fashanu to see how dangerous such an environment can be for those who don’t fall within the intersections of white, cis-heterosexual and male. Although both Cavallo and Daniels should be celebrated for their decisions to come out, we need to make sure they feel supported and valued so they don’t end up regretting their decisions to do so. – Amie Cripps 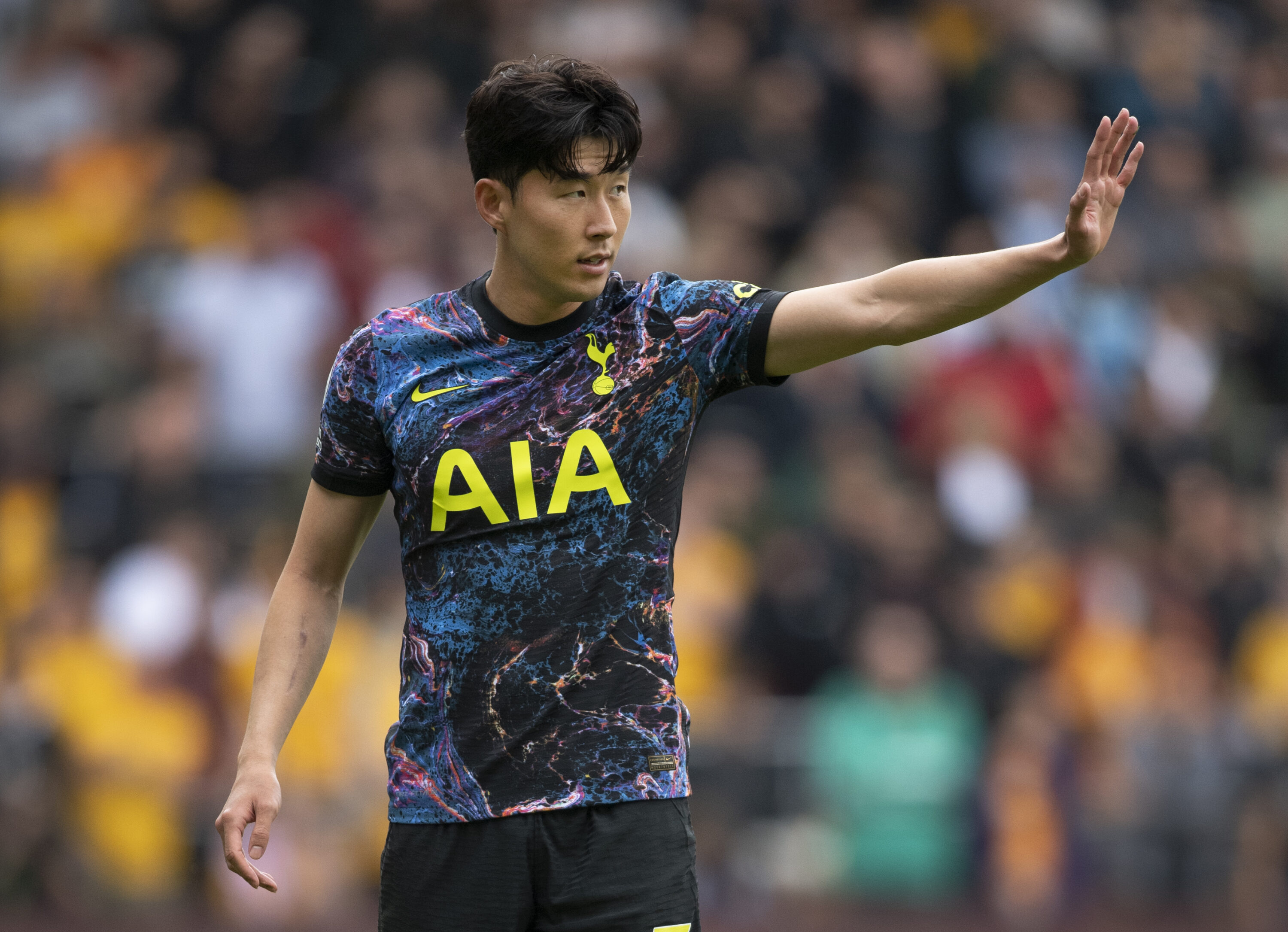 8. Football Is Waking Up to Climate Change

While newly-promoted EFL League One side Forest Green Rovers have long led the way as the “world’s most sustainable club” with innovative practices around everything from prioritising renewable energy to only serving vegan food on match day, those at the top of the game finally took up the baton in 21/22. Tottenham Hotspur hosted the Premier League’s first ever ‘Net Zero’ game, with players arriving at the stadium on coaches powered by biodiesel and fans encouraged to use their feet or public transport to get to the game. Brentford announced they’re extending the life cycle of their home shirt by an extra season. Wolves inked a partnership with Football For Future to make sustainability a focus for every part of the club. We’ve always known how important football can be for communicating important social messages, and climate change is no different. The beautiful game is finally going green. – Corey Pellatt