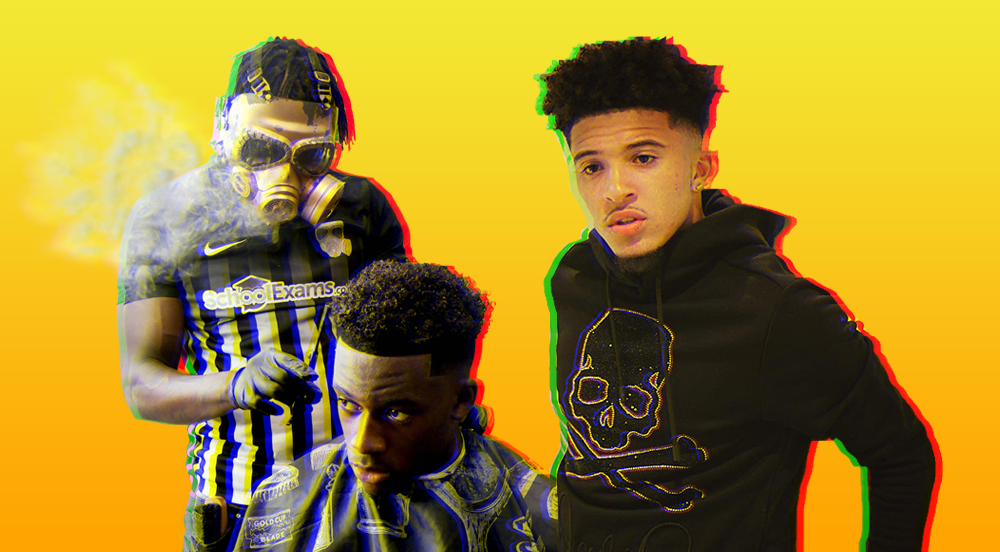 Whether it’s striking top bins in the dying minutes of the game, executing a swift hook in the 9th round of a title defence, or even dropping the hottest 16 bars of the summer, sharp performances are fuelled and enhanced by sharp trims.

It’s become a regular sight for the likes of Jadon Sancho, Raheem Sterling and Callum Hudson-Odoi to be among a wave of young ballers taking to Instagram on a regular basis to flaunt their latest wavey cut, sparking a wave of interest around barbershop culture in sports and making mini-celebrities of the barbers behind the clippers.

As more barbers come to the scene and every baller – from Premier League to non-league – are in search of a fresh cut, we’ve found the five best barbers in the game.

Renowned for his gold gas mask, cinematography of trims and the hashtag #JustGotSmoked, Smokey is a big player in this field. His catalogue of footballers trimmed is also impressive, from young ballers to industry shakers such as Craig Mitch. The first footballer he ever cut hair for was no other than African Giant and Balon d’Or winner George Weah.

Setting up shop in Surbiton, people travel from far and wide to get smoked but Smokey also takes its services all around the world. Dominic’s story is an inspirational one which has seen him go from cutting inmates hair whilst in jail to styling some of the hottest athletes in the game. 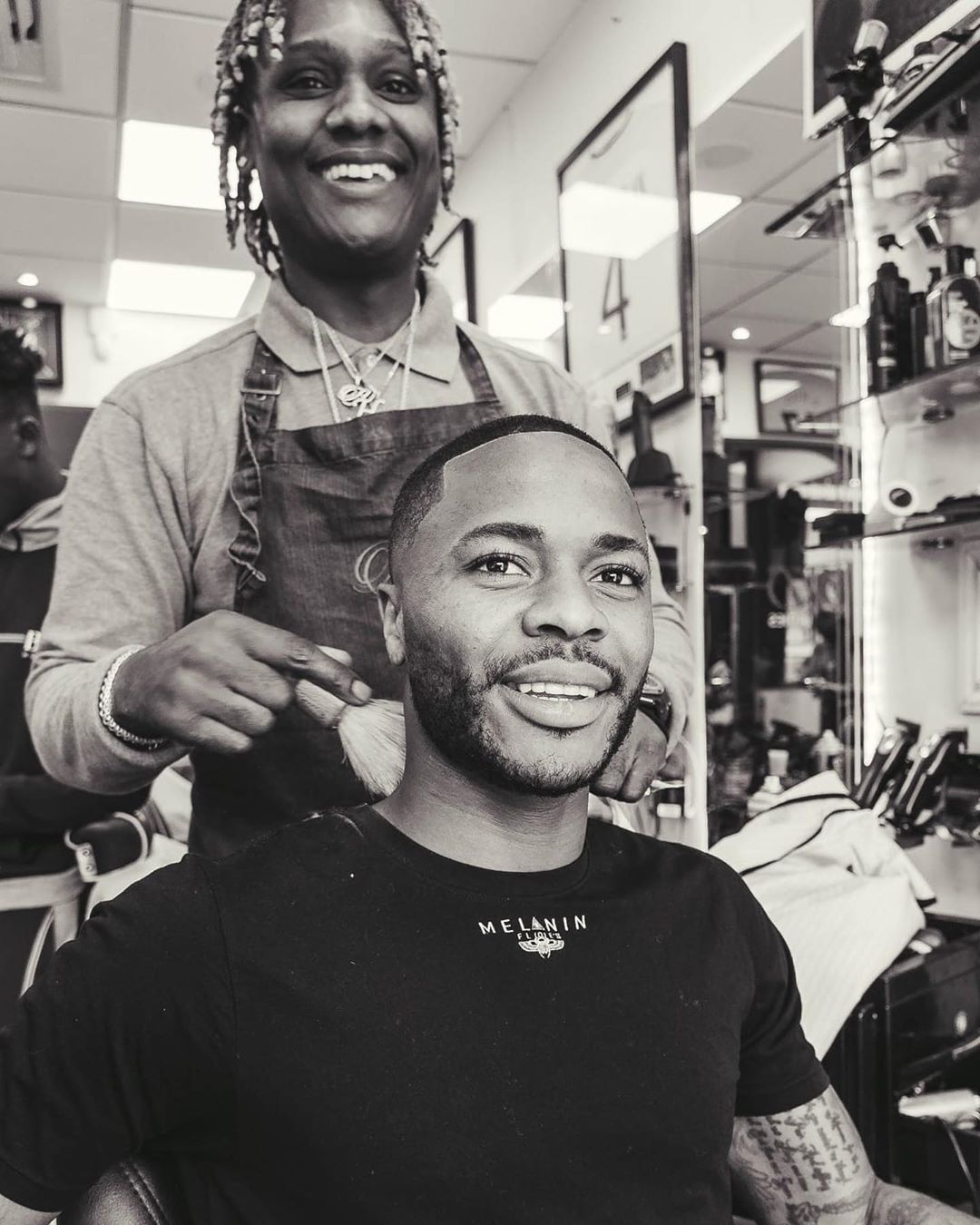 Based out of Battersea, HD Cutz is another international jet-setting Barber of high pedigree. Sheldon’s roster is filled with ballers from all London clubs due to his proximity and networking which sees him barb for several of the Chelsea team via Antonio Rudiger and now several of the Manchester City team through Raheem Sterling.

One of his key clients is Radja Nainggolan. Sheldon frequently travels to Italy to give services to the former Inter man. His most high-profile client has to be no other than 100m record holder Usain Bolt. Sheldon met Bolt whilst in Germany with Bayer Leverkusen starboy Leon Bailey. Word on the street was that Bolt – a close friend of Bailey’s – was after a barber and the rest is history. 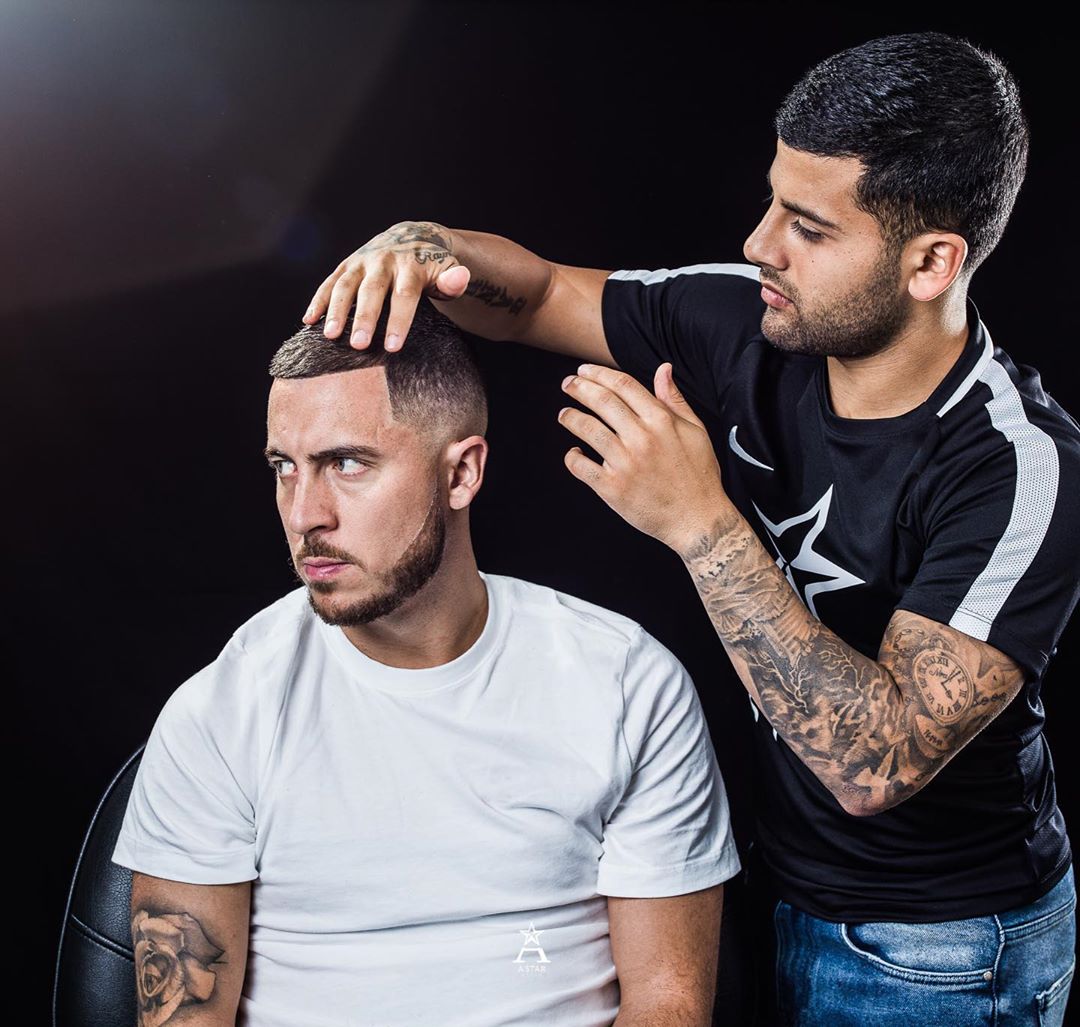 Based in Chessington, Ahmed – otherwise known as ‘A Star’ – is a slick barber who started barbering after growing frustrated with people messing up his own hair at a young age. His rise to prominence was aided by Chelsea stars. ‘A Star’ was cutting hair at the training ground at lease once a week before opening his new store.

His most notable client is none other than Paul Pogba who sets trends with his agenda setting trims. The referral came from Paul’s good friend and international teammate Kurt Zouma. A Star x Pogba have definitely had an influence with their dyed trims becoming a trend that a lot of people have started rocking. 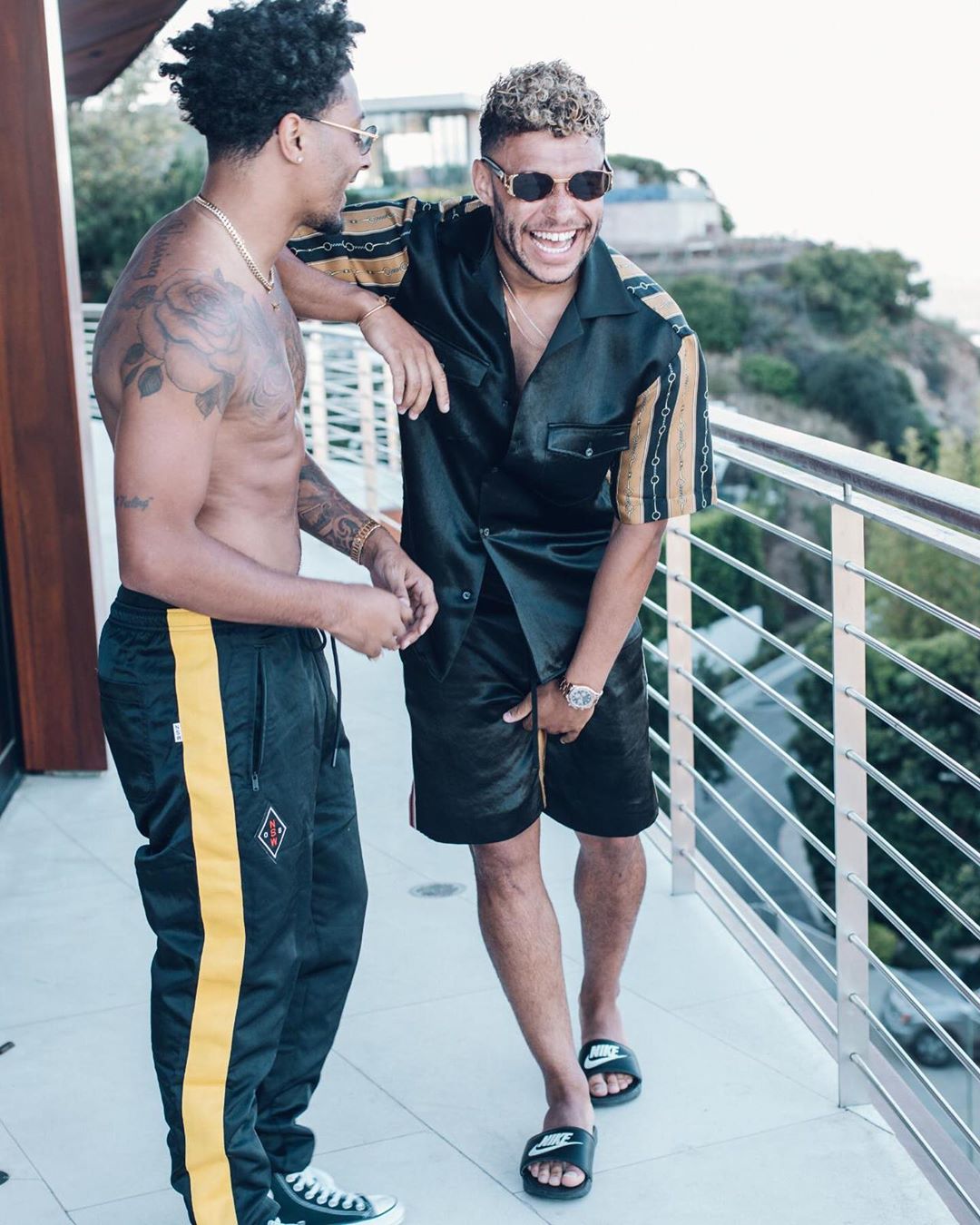 Based in Potters Bar but very much global, Justin Carr has reached the pinnacle that many footballers dream of: the World Cup. During Russia 2018, Justin was England’s in-house barber. Justin’s affiliation with England came through Kyle Walker but then extended to Jordan Henderson, Dele Alli, Kieran Trippier, Danny Welbeck, Alex Oxlade-Chamberlain and several other team members too.

Known as the “Baller’s Barber”, his influence transcends past sports having recently opened up his barbershop for young barbers. One of his missions is to he wants to mentor to his staff and give them something he did not have growing up. His exposure and clientele have led to him becoming a successful businessman and he seeks to aid the next gen behind him. 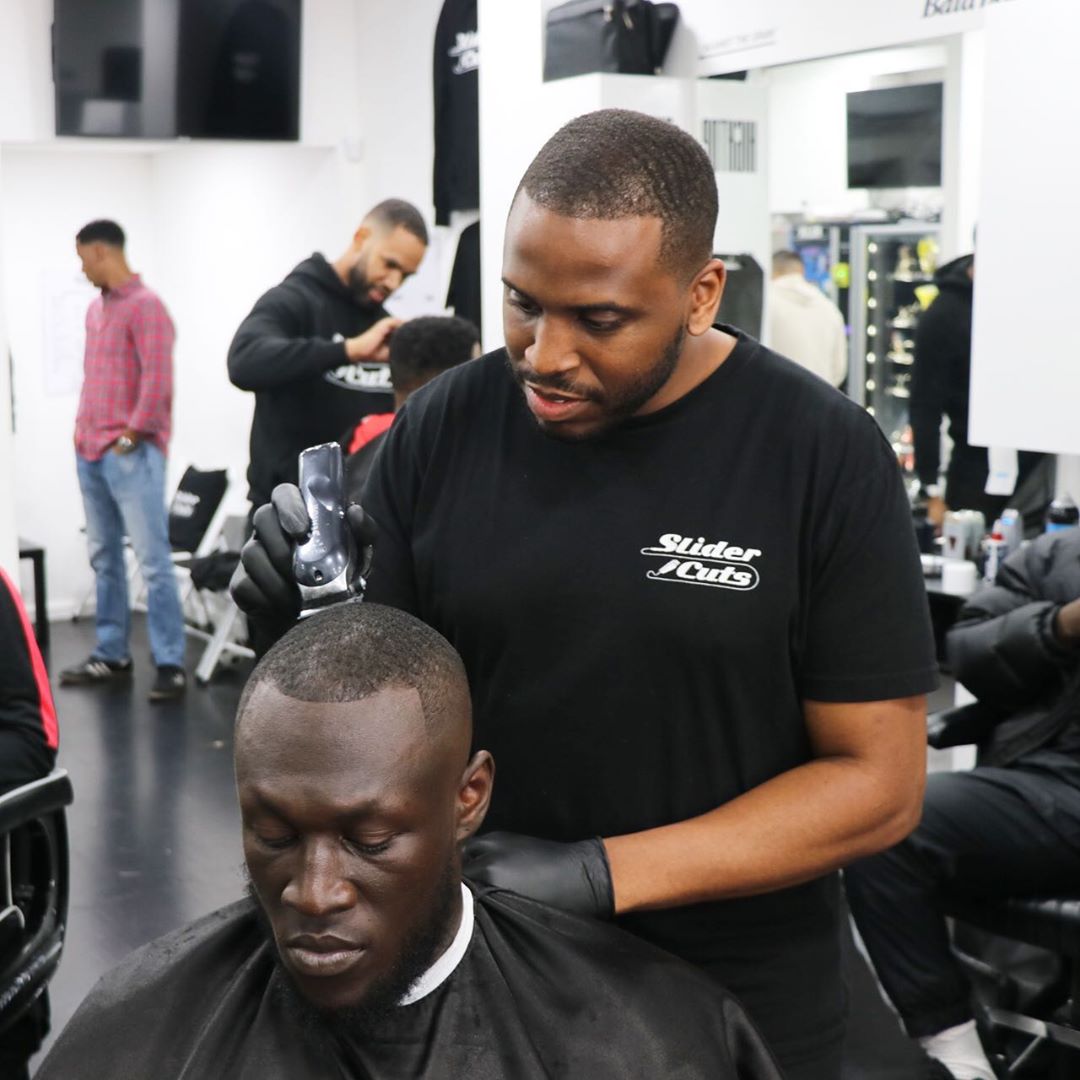 Slider Cuts is an inspiration to many. Another self-taught barber, his name derives from his MC days when he was 13. Having barbed in the famous D&L store in Hornsey for years, he has finally opened his own shop on Hackney Road.

His clientele speaks for itself, world champion boxer in Anthony Joshua and game changing MC in Stormzy to name a few. Despite not having the most extravagant cuts, its clear to see his clientele appreciate his attention to detail and execution when barbing hair. One of the things that make Slider Cuts so notable are his motivational videos and his engaging content when barbing.