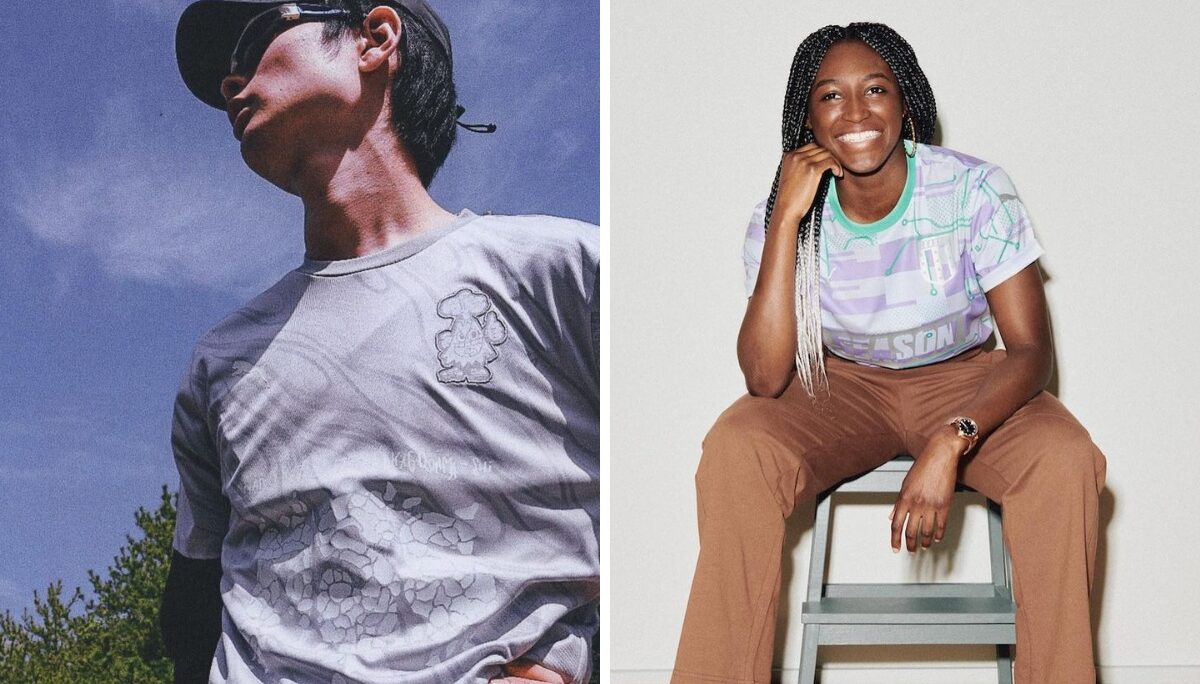 PUMA has just dropped off ‘The Influence Pack’, a project featuring four limited-edition jerseys created in collaboration with football platforms from around the world in nss, COPA90, SEASON zine and Shukyu Magazine.

The shirts tell the stories of four footballing cities around the world – from Naples to Tokyo, and New York to London – with each kit reflecting the iconic football culture from each platform’s hometown.

SEASON zine has been at the forefront of football and fashion convergence since 2016, with the London-based platform referencing the big smoke’s iconic tube and bus seat patterns. Lighter pastel shades are used on the jersey, with a palette of lilac and white accented with mint green hits to serve up a tech twist on the London tube map. “FASHION FOOTBALL est.2016” is written on the neck and the stars to celebrate the fifth anniversary of the magazine.

Naples-based cultural hub nss have created a clean grey shirt named ‘The Volcano Jersey’, referencing the link that unites Naples and Kagoshima: Mount Vesuvius and Mount Sakurajima, two similar volcanoes divided by 13,000 kilometres. Tapping into hikebeast culture for the lookbook, the jersey features an all-over flame graphic and a neckline that integrates the names and coordinates of both volcanoes.

COPA90’s New York-inspired jersey reinterprets the 5 neighbourhoods and the 5 bridges that connect them through a pattern that reflects the hustle and bustle of New York. Arriving in a bold black and gold colourway, the jersey features graphics of famous places, buildings and soccer pitches located in the city. The crest features a comic version of the iconic Statue of Liberty, while the number five is displayed on the front and the back of the jersey, paying tribute to the five boroughs of New York.

Tokyo’s SHUKYU magazine is one of the most important Japanese football culture platforms, focussing on the players, clubs, supporters, fashion, art and the culture that exists beyond the beautiful game. The striking green jersey draws inspiration from the city of Tokyo and the traditional Japanese event ‘Kemari’, a form of historical football. The Kemari festival takes place each year and is a platform for players to show their talents.

A cherry blossom motif is used in an all over graphic inspired by the design of typical ‘Kimono’ costumes, while custom crest pays homage to traditional Japanese patterns and fabrics. The magazine title is displayed in bold across the front of the jersey and the layout of the magazine’s front cover is displayed on the back of the jersey featuring the number 11.

Get a closer look at each of the kits below and cop each jersey now via PUMA. 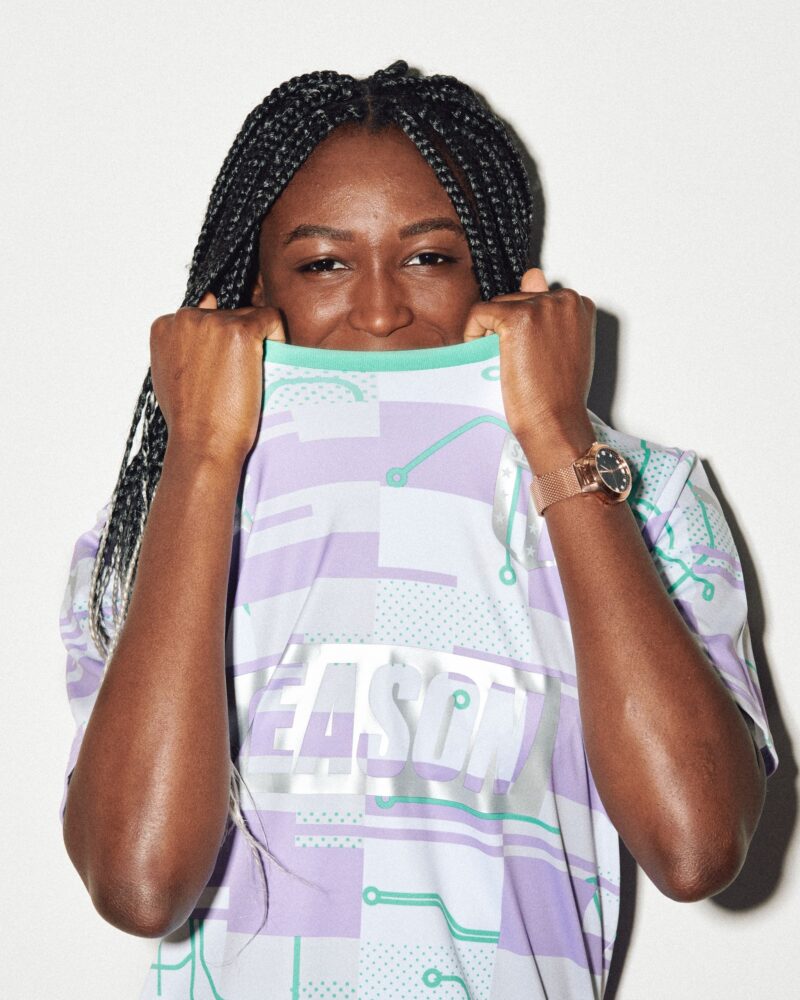 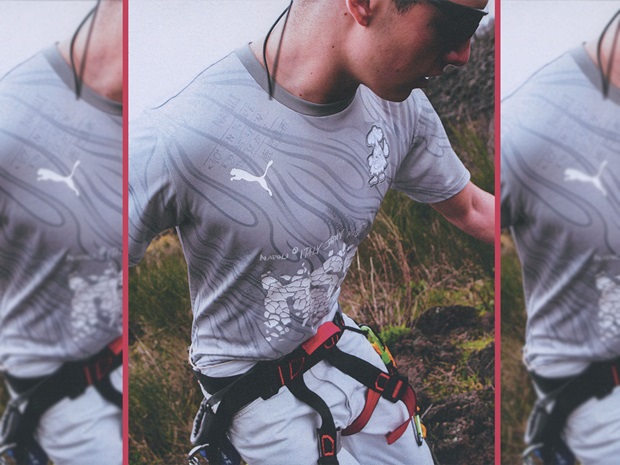 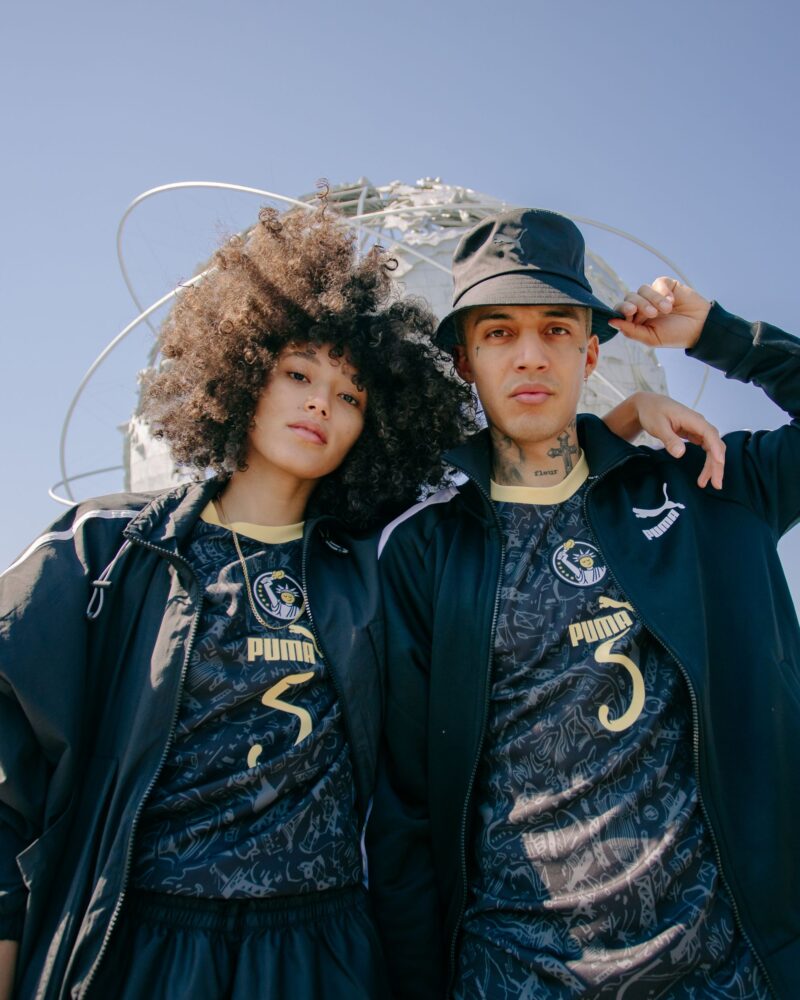 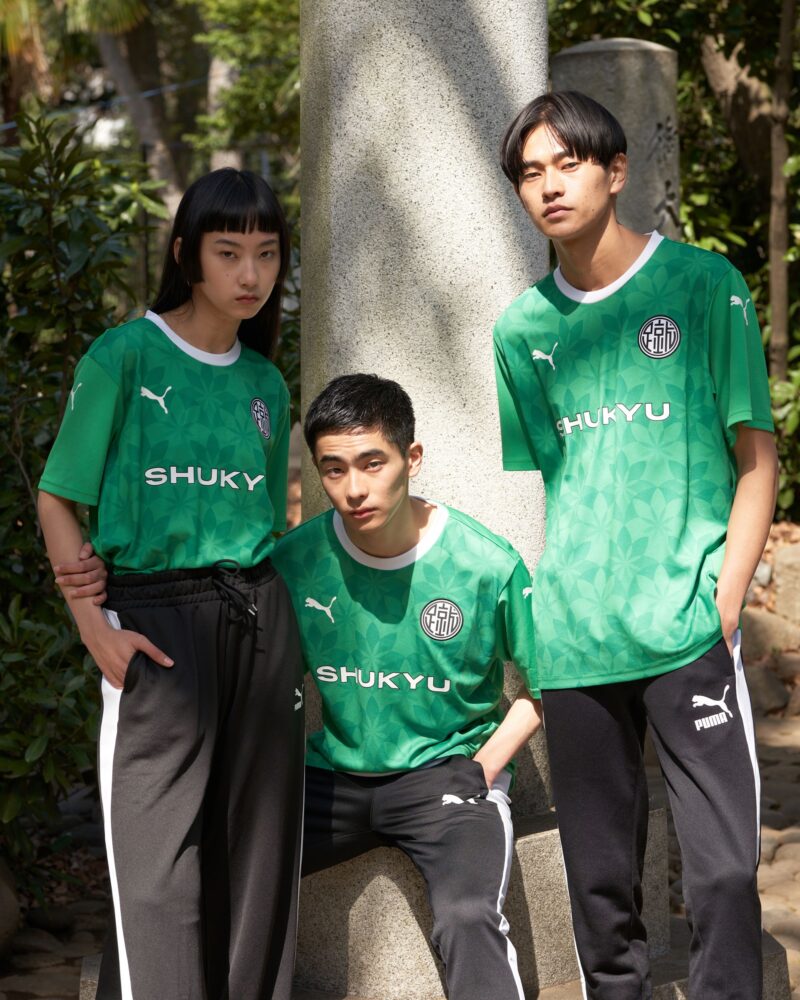