Since starting out as a platform and publication, we’ve spent the last four years covering Virgil’s movements and dot-joining in the culture – and it feels incredibly poignant to see that journey cut short when he still had so much he wanted to do, both in the beautiful game and beyond. But what he leaves behind is an incredible array of bridge-building between the worlds of football and fashion. He broke down doors in the game just like he did in every other field he worked in.

As the first Black creative leader at Louis Vuitton, Virgil was the living embodiment of letting people know that they can do it, too. He had a slew of critics at various stages of his career but constantly pushed forward and consistently cut through the noise. He turned thoughts into things at an unrelenting rate, refusing to let up in the face of criticism or acclaim. One of his quotes shared around after the news broke yesterday best summed up his attitude to his work: “Life is so short you can’t waste even a day subscribing to what someone thinks you can do versus knowing what you can do.” 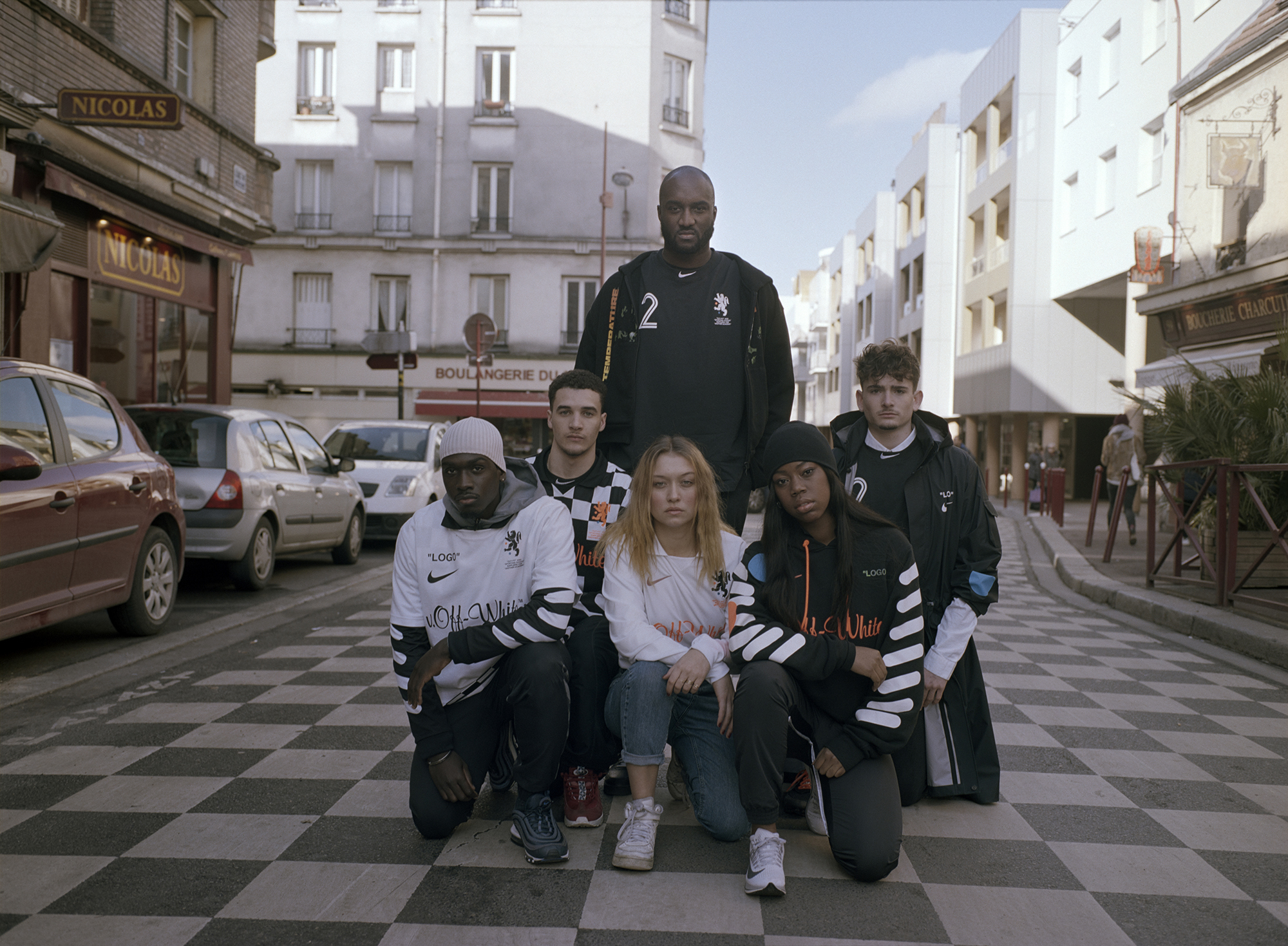 Football was one of Virgil’s first loves. Having grown up in a house with Ghanaian parents obsessed with football, Virgil would play the game from the age of four “all the way through to High School”, typically as a holding midfielder. Virgil would later crystallise his love for the game by following up his era-defining “The Ten” shoe series with Nike with another cultural phenomenon.

Aptly titled “Football, Mon Amour”, his first football-themed range between his OFF-WHITE label and Nike Football encapsulated everything he was about; blending the worlds of football and fashion together into pieces that felt as statement and designer as they did streetwear.

You only have to look at the touchpoint of the main jersey to understand his deep-rooted love of the game and serious intent when it came to research. The checkerboard print was a design cue inspired by Croatia’s world-renowned home kit. The s.Oliver-inspired Off-White logo was inspired by the sponsor on Dortmund’s 1998-2000 season home shirt. The shirt’s emblem was inspired by The Netherlands’ lion. It was a fitting homage to the sport he loved which featured all of his usual hallmarks – like putting things in places where they weren’t usually seen – while pushing football forward in the process.

As part of the same collection, Virgil also designed a pair of Off-White x Nike Mercurial football boots for PSG talisman Kylian Mbappé. Speaking about the boot design at the time, he said: “Design is a powerful tool, as it communicates energy and a message, and it offers a unique capacity to make someone do a double take on-pitch — I feel like it would be intimidating to see this boot.”

The boot symbolised more than just a clear synergy between the worlds of football and fashion, though. If there is anything that could best outline Virgil’s mission to spotlight the next generation of game-changers, it was this moment. Virgil released the boot with Mbappé just months before he would go on to write himself into footballing folklore forever at the World Cup in the summer of 2018. The torch had been passed.

Virgil showed the world that fashion, streetwear and football could mix together seamlessly, becoming a fundamental cog in pushing the game further into a place where collaborations are now commonplace. No matter who or what the field or subject was, everything was about encouragement, open exchange and convergence. “Now a 17-year-old kid who is making tens of millions of pounds playing for a top team can also be an influence with his style choices and with his personality,” he told Highsnobiety about the collection at the time of release. “It’s like a merger of me having a brand that is steeped in the street being applied to sport.” 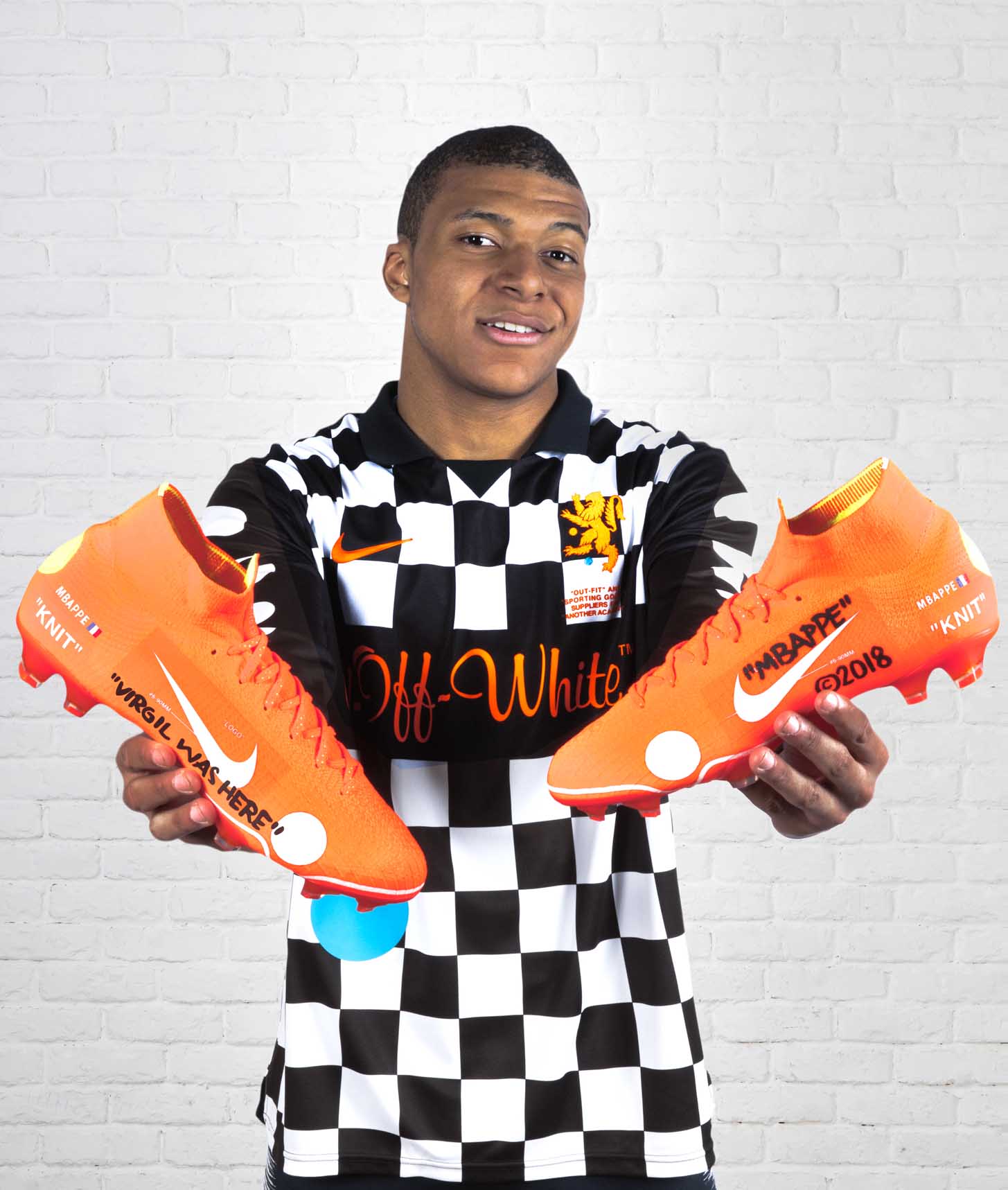 In between planning and executing Louis Vuitton campaigns, DJing around the world and continuing his relentless array of collaborations and projects, Virgil was watching and sharing screenshots from Premier League games, teasing OFF-WHITE designed football kits, and wearing ‘Fly Pirates’ branded PSG shirts while he continued to put his all into everything. After speaking about wanting to work on designing the Ghana national team kit in 2018, Virgil documented his ambitions to work with Liverpool on a jersey together just months before he passed.

There was still so much for him to do, too. But rather than letting a terminal illness slow him down, Virgil continued to go harder and harder in pursuit of greatness while ensuring the next in line got their shine – and that was no more apparent than his relationships with people in the UK.

The influence and inspiration he shared with UK’s next-in-line was symbiotic, with Virgil super tapped-in to the country’s culture out of genuine care and love. He paved the way for a new generation of creatives by changing the way people people think and feel about fashion, art, design, sports and everything else in the culture. Whether it was broadcasting the likes of Unknown T, Kenny Allstar or Sherelle on his Instagram stories, tapping Lucien Clarke to create the first-ever Louis Vuitton skate shoe, or wearing Corteiz consistently for weeks on end in recent months, he constantly put on for the UK in various forms and pushed them to go further, and dream bigger.

In one of the first interviews we published when we started working at VERSUS, A-COLD-WALL* founder Samuel Ross opened up on his relationship working under Abloh: “Virgil is someone who has complete confidence in his own ideas becoming true. That’s something that I really learned from him – you have to have 100% confidence in your own ideas be able to really grow.” That quote, from an alumni of his mentorship, symbolised what Virgil was all about. He was fiercely committed to pushing culture forward on his own terms, whether people liked it or not.

Though we might never see all of his proposed cultural collaborations come to light, the sheer scale of his creative ambitions, his question-asking and his desire to impact as many lives as possible remains the benchmark for this generation. The impact Virgil Abloh had was generational, but his legacy will live on forever.