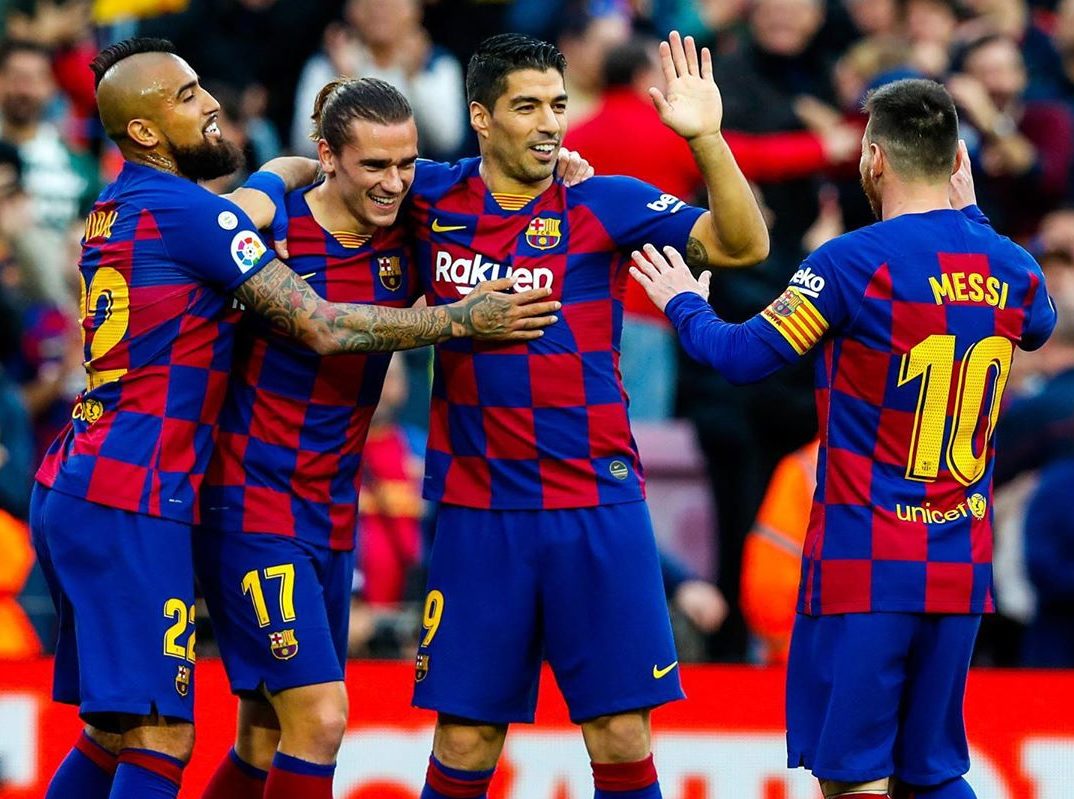 Barcelona have been named by Deloitte as the world’s most wealthy football club for the first time after the accounting organisation unveiled their annual league table, which also highlighted a big shift in financial standings from the London-based clubs and the North West’s powerhouse sides.

Barcelona took over Real Madrid for the first time to become the third club to lead the Deloitte Football Money League, which highlighted how the world’s 20 biggest clubs generated a record combined income of £8 billion from the 2018-19 season.

In London, Tottenham overtook Arsenal and Chelsea to become the capital’s biggest-earners, mainly due to Spurs’ broadcast revenue from the Champions League run that saw them reach 2019’s Madrid final.

Manchester United are the third-richest club in the list with revenues of €711.5m, with neighbours City clocking in at €610.5m and Liverpool closely following as England’s third most lucrative club on €604.7m. Check out the top 20 richest clubs in Deloitte’s list below.

It’s now clearer than ever that Champions League football is essential to club’s economic strength, with Sam Boor, senior manager in the Sports Business Group at Deloitte, stressing that football clubs could not afford to miss out on European competition.

“The impact of participation and performance in Uefa club competitions on revenue is evident in London and the north-west, with the rise of Liverpool, Manchester City and Spurs driven by reaching the Champions League knockout stages.

“The relative decline of Arsenal is a direct result of not participating in the competition for a second consecutive season, a fate that may also befall Manchester United. The importance of European football was underscored by the fact that TV broadcast revenues make up 44% of clubs’ income on average. Transfer fees are not included in the calculations.”

In other related news, Kylian Mbappé, Raheem Sterling and Jadon Sancho have been named among the top 5 most valuable players in the world.