New kit season is now well and truly under way for 2021/22, with PUMA just unveiling AC Milan’s new home kit for next season to be worn by the Women’s, Men’s and youth teams.

The jersey features Milan’s iconic red and black stripes reimagined with varying widths in a symmetrical design, taking inspiration from the energy, creativity and style of Milan. The new kit celebrates the balance of tradition and modernity reflecting the rapid acceleration of the city’s culture as Milan reinvents itself.

The kit is made from 100% recycled polyester with advanced PUMA dryCELL thermoregulation technology to ensure a clean fit and maximum flexibility, with the kit utilising an Ultra-light jacquard structure into the back of the jersey to enhance breathability during intense performance.

Giacinti said: “I’m really excited to be wearing this kit on the pitch for the first time in our next game. I love the design, modern yet traditional, and how it has been influenced by the city of Milan.”

Romagnoli added: “Wearing the red and black colours day in and day out gives me immense pride. The new kit looks really modern, and you can truly see where the inspiration for the stripes comes from – it is a great representation of Milan’s new and expanding skyline,”

Get a closer look at AC Milan’s new 2021/22 home kit below and cop the kit now via PUMA.com, PUMA stores, AC Milan official stores, store.milan.com and at select retailers worldwide. 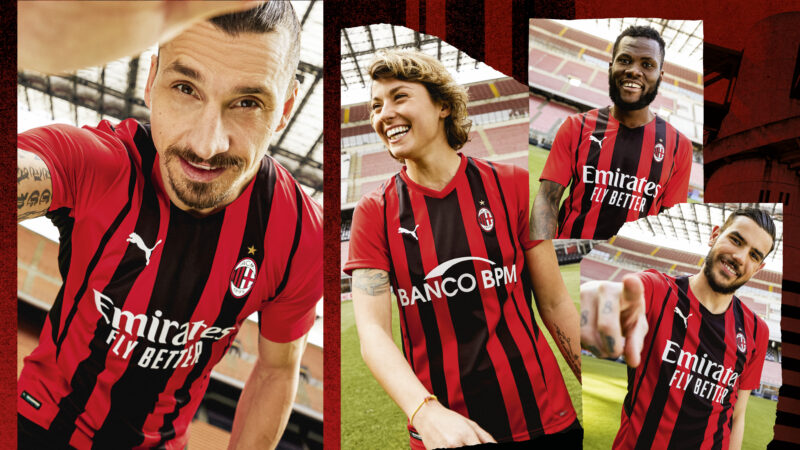 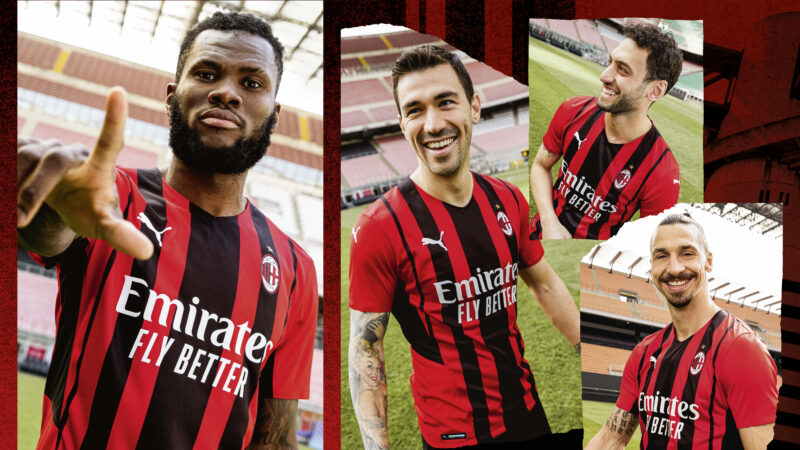 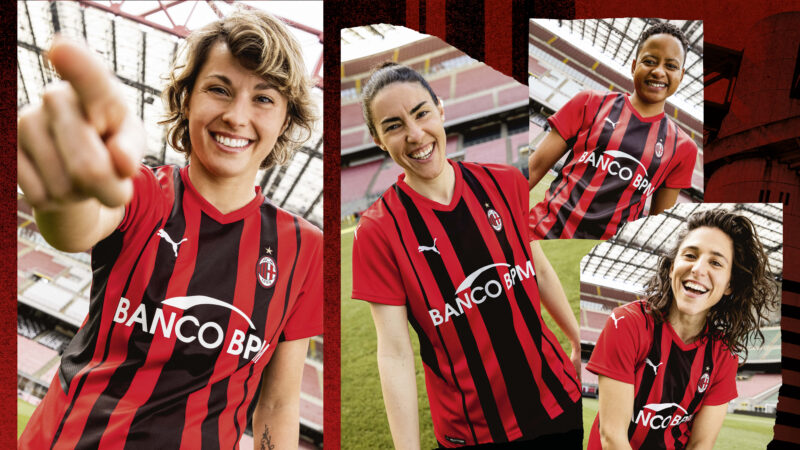