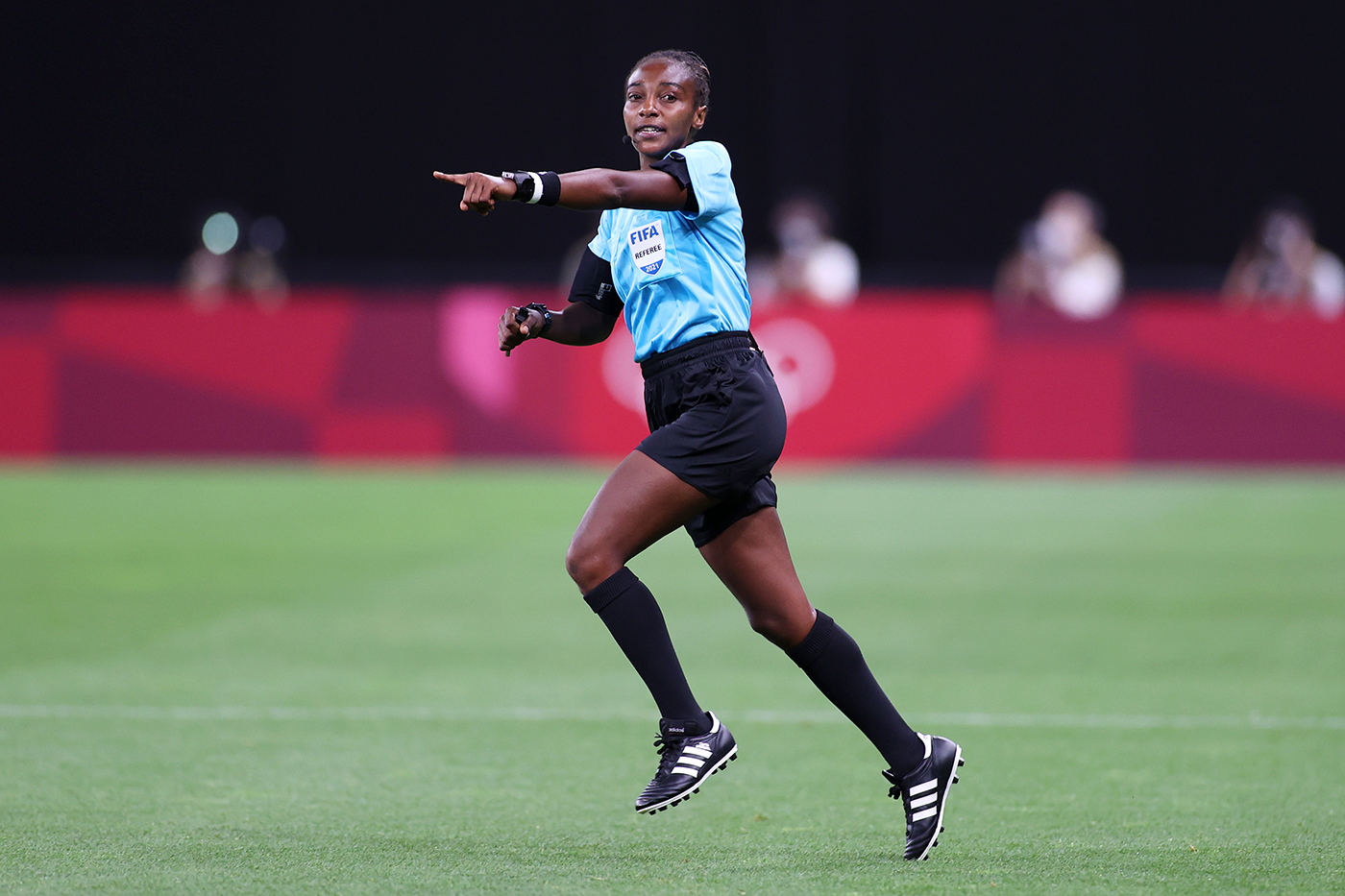 Salima Mukansanga will make history today as she is set to become the first woman to ever referee at the African Cup of Nations.

The Rwandan born 33-year-old is one of the most well respected female officiators in football, having already taken charge of games at the Women’s World Cup, Africa Women’s Cup of Nations and the CAF Women’s Champions League.

Part of the FIFA International Referees List, Mukansanga spent last summer officiating women’s football at the Tokyo Olympics. Now she’s set to make her mark at one of the biggest international tournaments in the men’s game, arguably her biggest move yet.

Of the 63 match officials at this year’s AFCON tournament, four are women. Including Cameroon’s Carine Atemzabong plus Morocco’s Fatiha Jermoumi and Bouchra Karboubi. None of whom will referee matches, unlike Mukansanga.

Female refs have been taking the world by storm lately, with EFL officator Rebecca Welch becoming the first woman to referee a third-round FA Cup men’s game at the weekend.

For far too long, women have been excluded from the world of refereeing, and have often been ‘expected’ to take charge of women’s matches only. People like Mukansanga are changing the landscape of the game for the better.

Mukansanga might be the first woman to officiate at AFCON, but she won’t be the last.