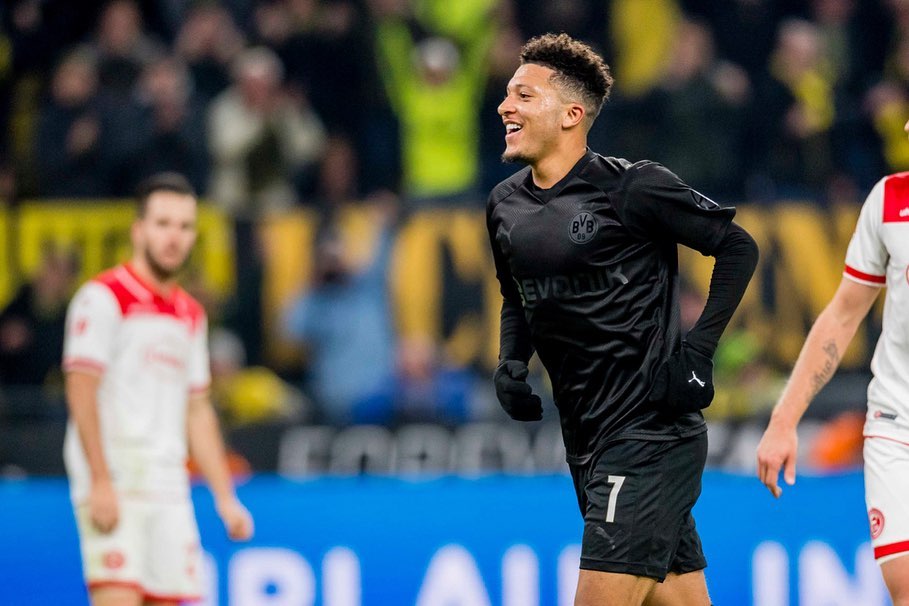 Everything on the kit is completely blacked-out with the Puma logo, Bundesliga badge, BVB badge and the Evonik shirt sponsor all completely murdered-out, while a subtle tonal pinstripe zigzag pattern running throughout the jersey. The PUMA-produced kit paid homage to the “coal and steel, rooted in our home” associated with the industrial Ruhr district of North Rhine-Westphalia that Dortmund call home.

The one-off kit sold out quickly before BVB’s 5-0 drilling of Fortuna Düsseldorf at Signal Iduna Park, where captain Marco Reus and Jadon Sancho both bagged twice and Thorgan Hazard added another in a cold-blooded display in the blacked-out strip.

Dortmund bagged 5 against Düsseldorf with the South London baller putting on a serious show. pic.twitter.com/MIV89IxK6Z

Sancho also chipped in with an assist in another virtuoso display during the rout, and labeled the jersey as “the best I’ve ever worn,” before adding “maybe we should keep playing in it!”

Since the shirts sold out, a select few have been selling for auction on eBay for €1,909 to commemorate the year Dortmund was founded.

The shirt release followed the news that Borussia Dortmund have agreed a huge €250 million extension on their current PUMA kit deal – let’s hope for more shirts like this between the pair in future.