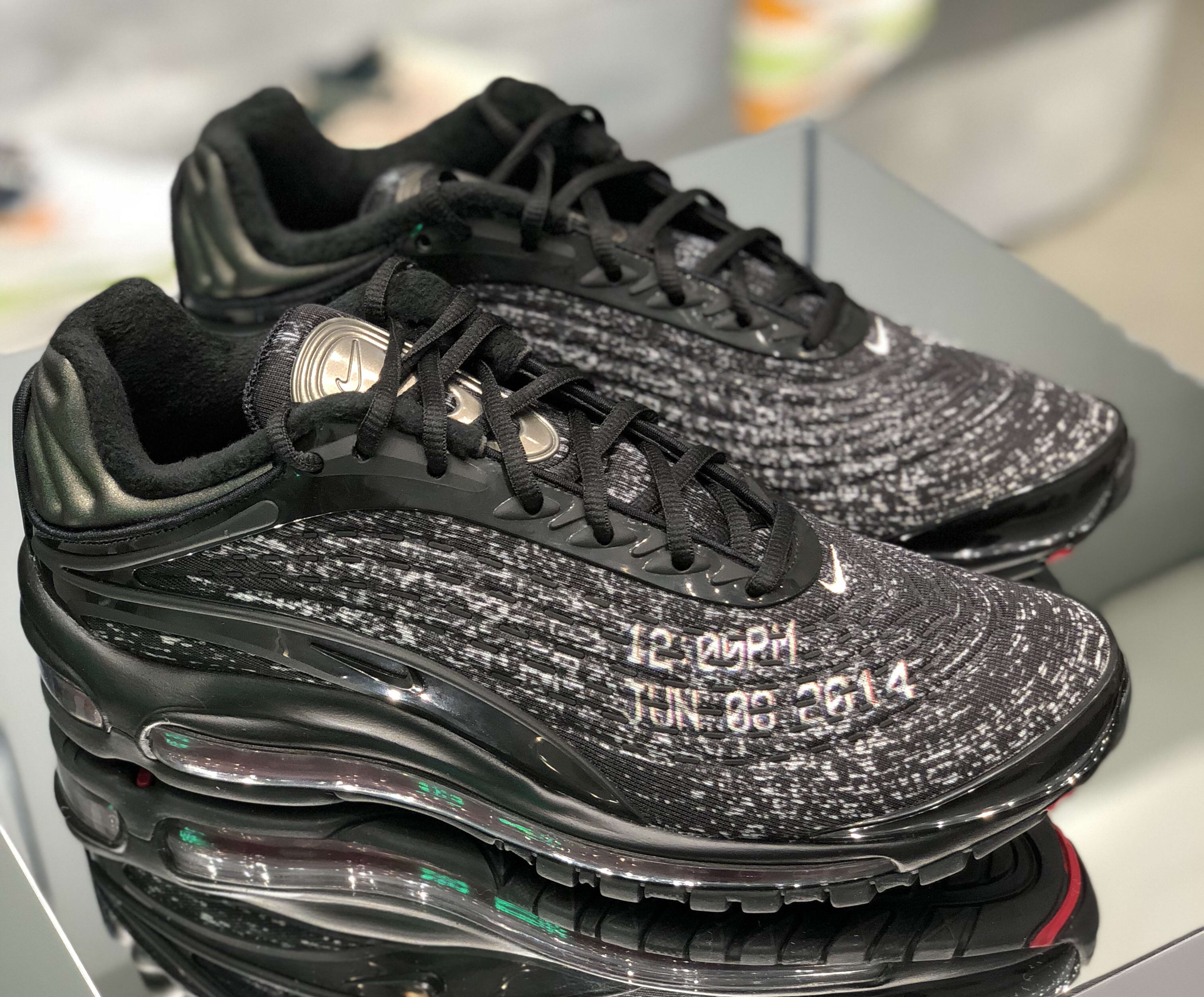 The Meridian don’s third round of ongoing collab sneaker series with the Swoosh is set to drop on Saturday, September the 8th, with super-reliable ‘sneaker leak’ account @py_rates announcing the news on their Twitter.

The account has accurately predicted the dates of every single Off-White release this year, with Skepta’s latest collab joining a huge September lineup of sneaker releases for Nike.

*RELEASE DATE UPDATES*: With the @Nike x @Skepta Air Max Deluxe dropping on September 8th we see the Acronym Air Presto Mids being moved to the 7th.
We can also expect the @undercover_labs to drop later this month.
Check out our full Sept release calender below.#NoMoreSecrets 🏴 pic.twitter.com/XO1dI2gG1n

Skepta’s upcoming model features 3M accents along with a black base upper and the grainy VHS effect used in his “That’s Not Me” back in 2014. “NEVER SLEEP ON TOUR” and “12:05 PM JUNE 08 2014” are emblazoned over the VHS crackle featured on the sneakers, which mark the release date of the track and his return to his roots with the iconic release.