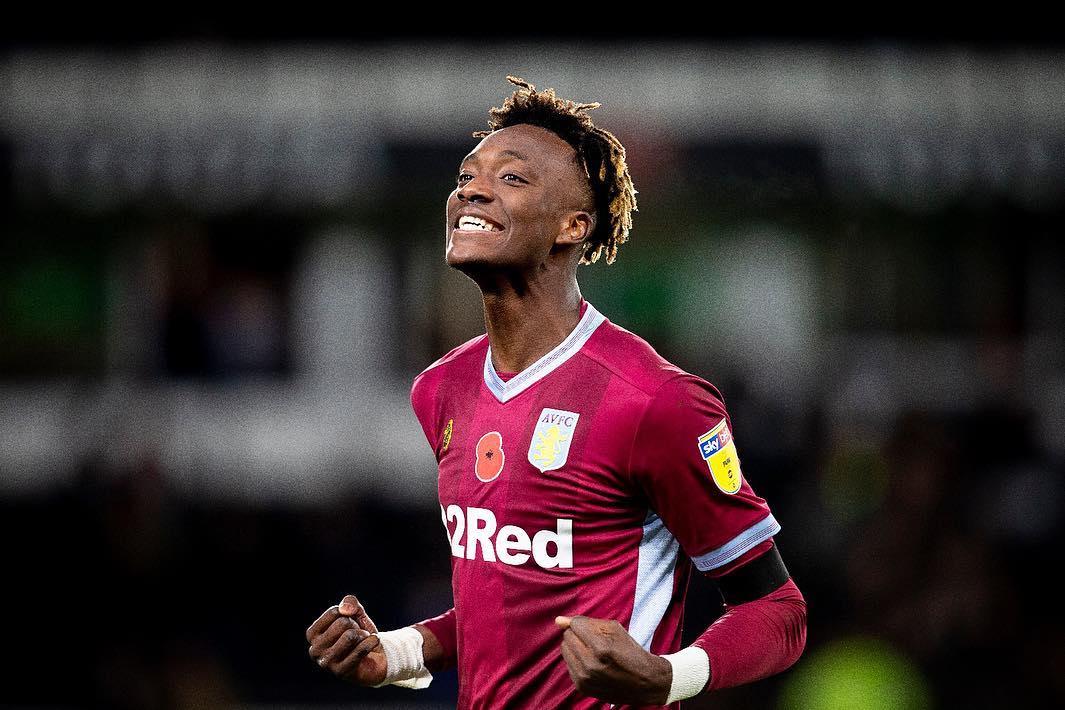 Tammy Abraham took his goal tally for the season to ten after scoring four of Aston Villa’s five goals in their 5-5 draw with Nottingham Forest last night.

Abraham, who recently bagged a goal in Villa’s Midlands’ derby win against Birmingham City, grabbed a hat-trick in just 23 minutes last night before notching his fourth and taking home the match ball in a virtuoso display from the young lion.

Starting the game with six goals to his name, The Chelsea loanee scored a goal with every tenth touch against Forest to end the night in double figures for the season. Check out all of his goals and the rest of the action from the ten-gaol thriller below.

Sit back and enjoy….

In other young lion news, Bayern Munich are reportedly attempting to make Chelsea youngster Callum Hudson-Odoi the next English baller in the Bundesliga.