The last decade has seen football and fashion collide like never before, with the unrelenting rise of streetwear and brand collaborations helping jerseys become worn by rappers and runway models as much as the average fan of the beautiful game. Shirts no longer belong to a select style tribe – they're everywhere.

With the sport growing more lucrative every year, football clubs have also begun to see the value in brand collaborations. 2018 was headlined by Jordan’s game-changing capsule with PSG, swiftly followed by adidas linking up with Palace and Juventus at the end of 2019 to showcase that the movement is well and truly in full swing.

More brands and clubs will surely be looking to emulate the success of both partnerships. The biggest clubs already have high-fashion partners – think Manchester City and dSquared or PSG and BOSS – but with the way things are going, we wouldn't be surprised to start see even more of these cross over to the pitch.

With Nike reportedly lining up 10 Air Max-inspired kits for their elite clubs, PUMA producing a headband with Balmain for Allan Saint-Maximin to don on pitch, and Balenciaga sending full football kits on the runway for their recent AW20 showcase, barriers between the worlds of football and fashion continue to be broken down.

Football is shaping street style as we know it and it's only just beginning – we looked at 10 potential partnerships we would love to see. 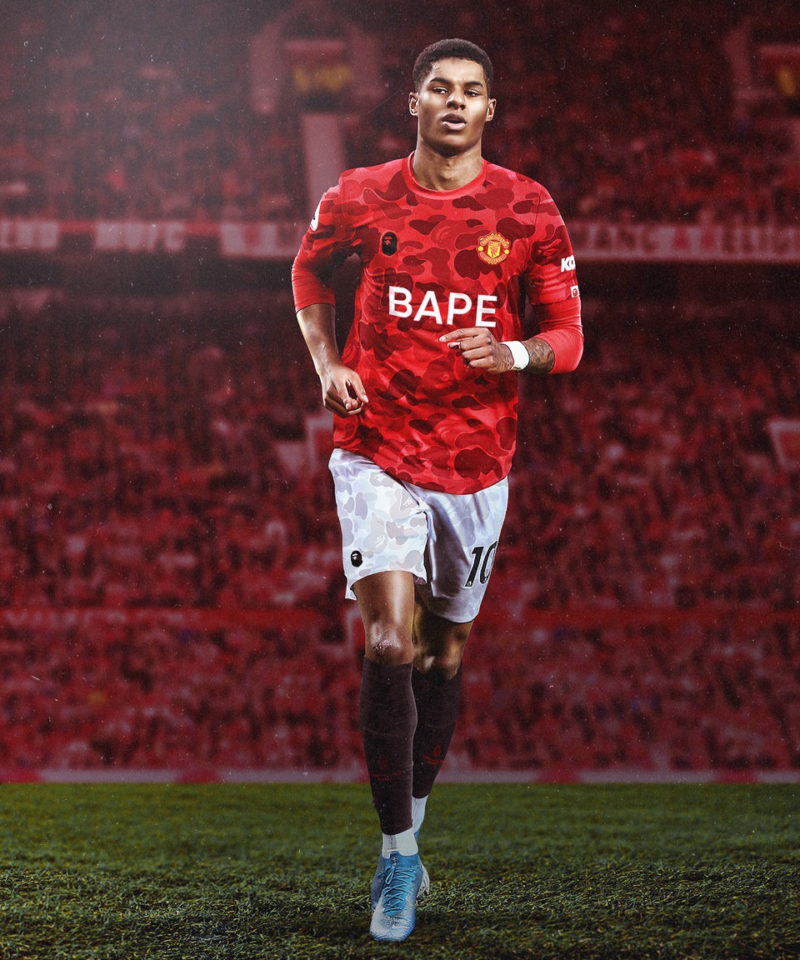 Regularly donned by unofficial Manchester United Director of Football Dave, BAPE is a brand that is well-versed in knowing how to re-work football apparel having collaborated on capsules with PSG to massive, sell-out success in the past. We can see Marcus Rashford being a big fan of a capsule between his boyhood club and the Japanese brand, who have frequently linked up with adidas in the past on both brands’ greatest hits, such as the ID96 down jacket and the NMD silhouette. 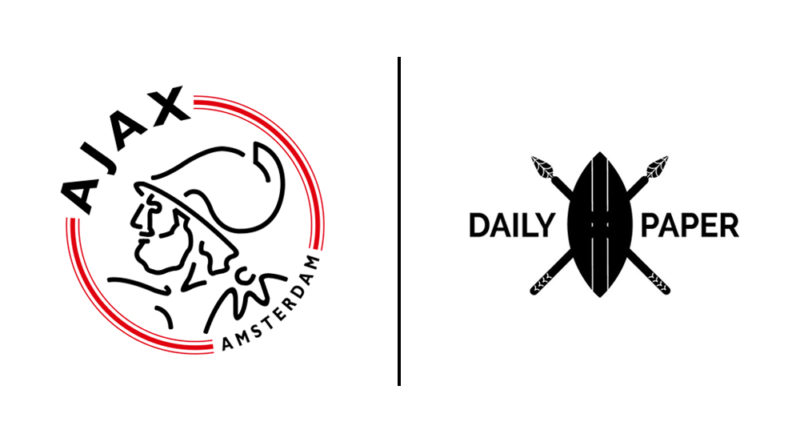 An Amsterdam link up between the city’s storied club and emerging streetwear staple would undoubtedly look cold. Daily Paper are renowned for their striking colour palette inspired by African heritage, and a collab with Ajax, one of Europe’s real culture clubs, would offer up wavey patterns and a forward-thinking aesthetic for the likes of David Neres and Quincy Promes. 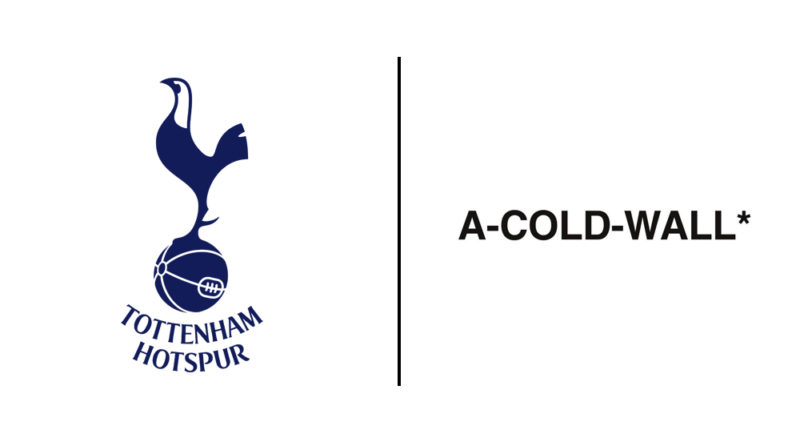 With Tottenham now blessed with a new state-of-the-art stadium and a glut of technically gifted players, a collaboration with Sam Ross’ cutting-edge utilitarian brand A-COLD-WALL* – who have previously worked with the Spurs’ partner Nike – would make complete sense. Expect a monochrome mash-up of ultra-technical materials alongside the Spurs and Swoosh emblems. 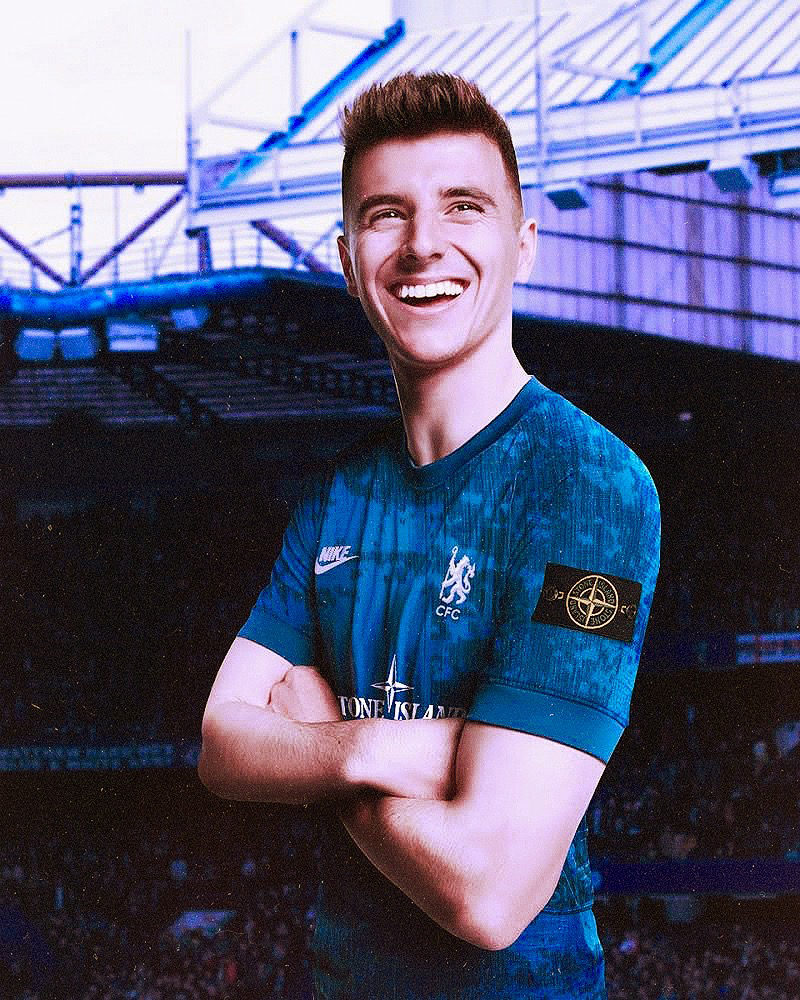 A Chelsea and Stone Island partnership would be a natural fit, with the Italian brand donned on the terraces at Stamford Bridge for the best part of three decades. Stone Island have previously worked with Chelsea’s current kit manufacturer, Nike, on a golf collection in the past, so maybe Mason Mount balling out with a patch on his arm wouldn’t be beyond the realms of possibility. 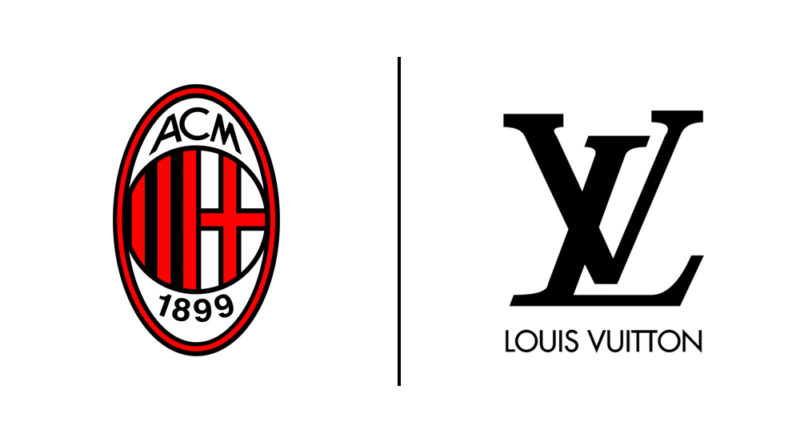 Last year, AC Milan were rumoured to be in talks with the LVMH-owned Louis Vuitton group owner Bernard Arnault over a big money takeover deal at the Italian club, sparking rumours that the pair could link up on what would be one of the waviest kits of all time. With chief menswear designer Virgil Abloh a well-known lover of the beautiful game who has his Off-White headquarters set up in Milano, this collab seems like a natural fit. 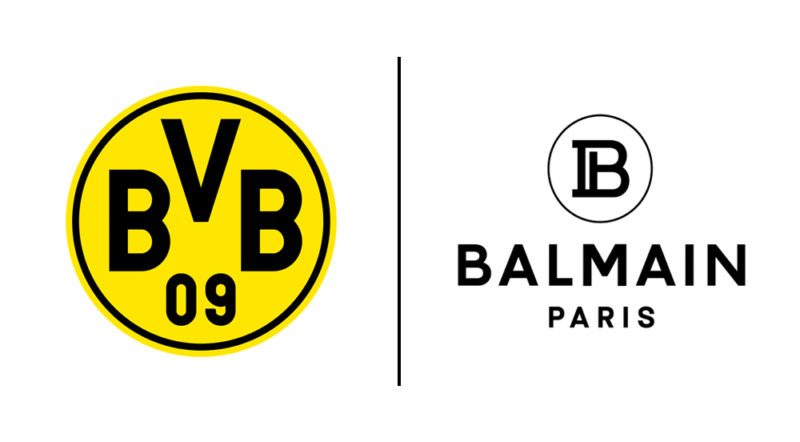 Allan Saint-Maximin is testament to the fact that Balmain and PUMA can work together well on the pitch. Newcastle’s French forward recently donned a co-branded headband while scoring one of the sauciest goals of the season, and we can imagine Dortmund’s new generation of wonderkids following suit. Seeing that black-out kit with Balmain detailing would make for one of the hardest shirts PUMA have ever produced. 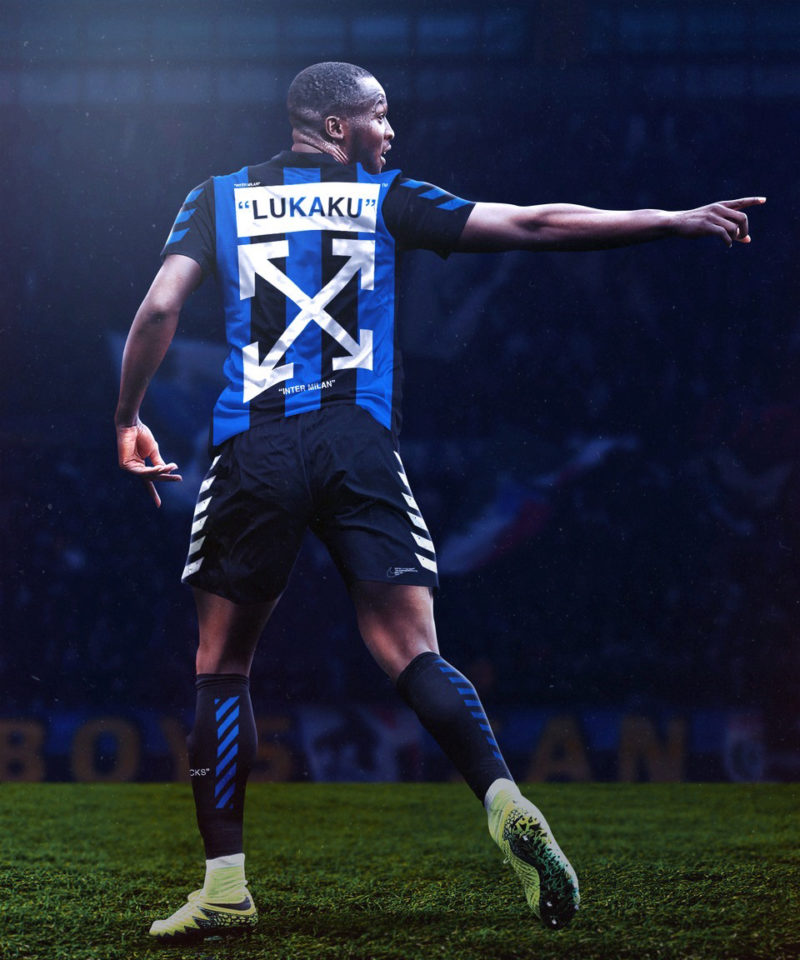 As previously mentioned, Virgil’s Off-White HQ is based in Milan, meaning a potential collab with one of the cities’ fabled clubs and Off-White is more than plausible. With Nike Inter’s long-term sponsors and Inter’s owner Steven Zhang already wanting a collab with fellow New Guards member Palm Angels, we could see Virgil rekindling his love of football on another collection solely for the Nezzazzuri, complete with orange tabs and quotation marks. 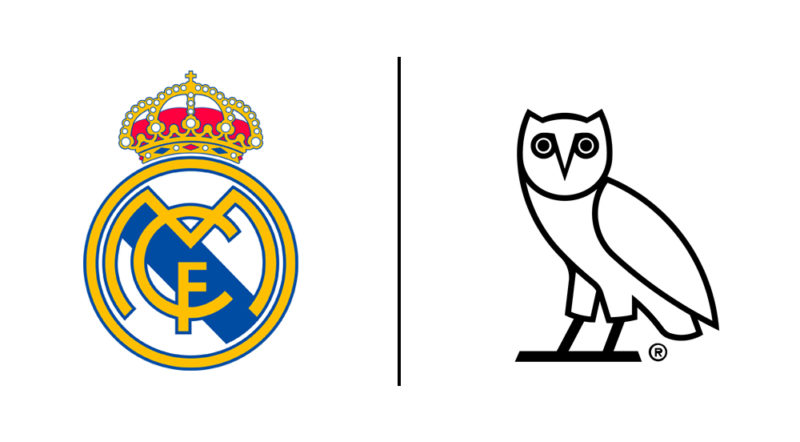 You can already see don Benzema clad head-to-toe in OVO for a drip video launch with Los Blancos. Drake’s love of white and gold is well-documented, seen on his co-branded OVO x Jordans and on the OVO logo that features at his brick and mortar OVO stores. With Real and Drake historically both dominant in their respective fields, a link up between the most celebrated club in world football and the biggest hit-maker of the 21st century on a capsule collection makes a lot of sense. 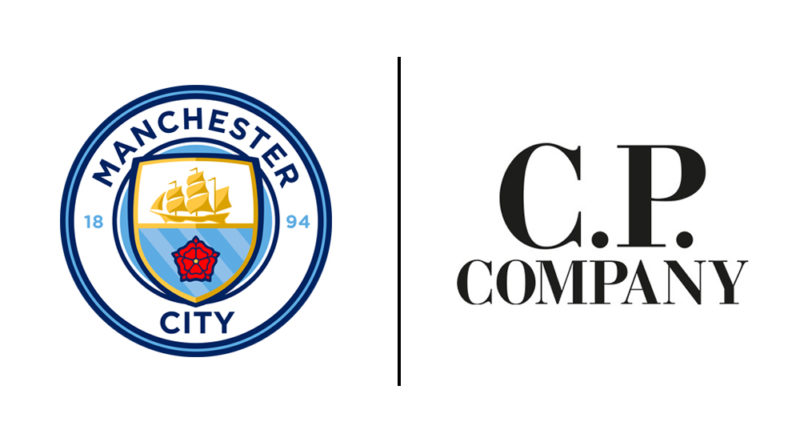 A staple terracewear brand synonymous with the North West, C.P Company and Man City go hand-in-hand as a natural football and fashion pairing. Regularly donned by big coat connoisseurs Noel and Liam Gallagher, you could see C.P. using their recent One Block Down collaboration as a reference point for a potential partnership with the Sky Blues. 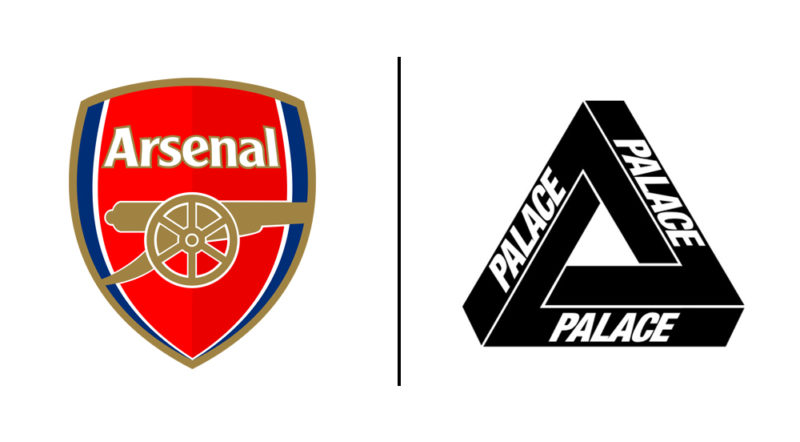 London’s world-renowned skate brand have had several surprising collaborations in the past, with everyone from Ralph Lauren to tennis players at Wimbledon getting a tongue-in-cheek but technically stellar reworking by the imprint. The brand’s work with Juve last year was an absolute game changer, and Hector Bellerin has already spoken up about how he’d like the Gunners to link up with Palace for something similar. adidas are pushing boundaries in their new partnership with Arsenal, so this isn’t completely out of the realms of possibility. 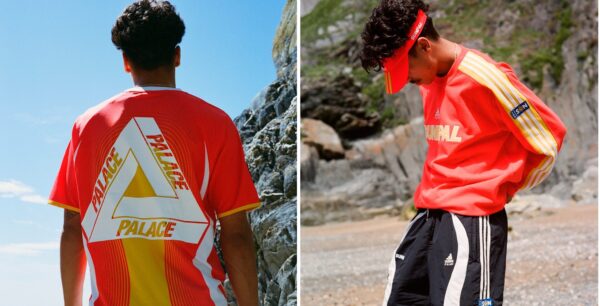 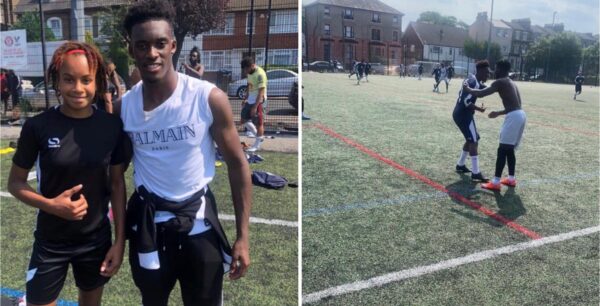