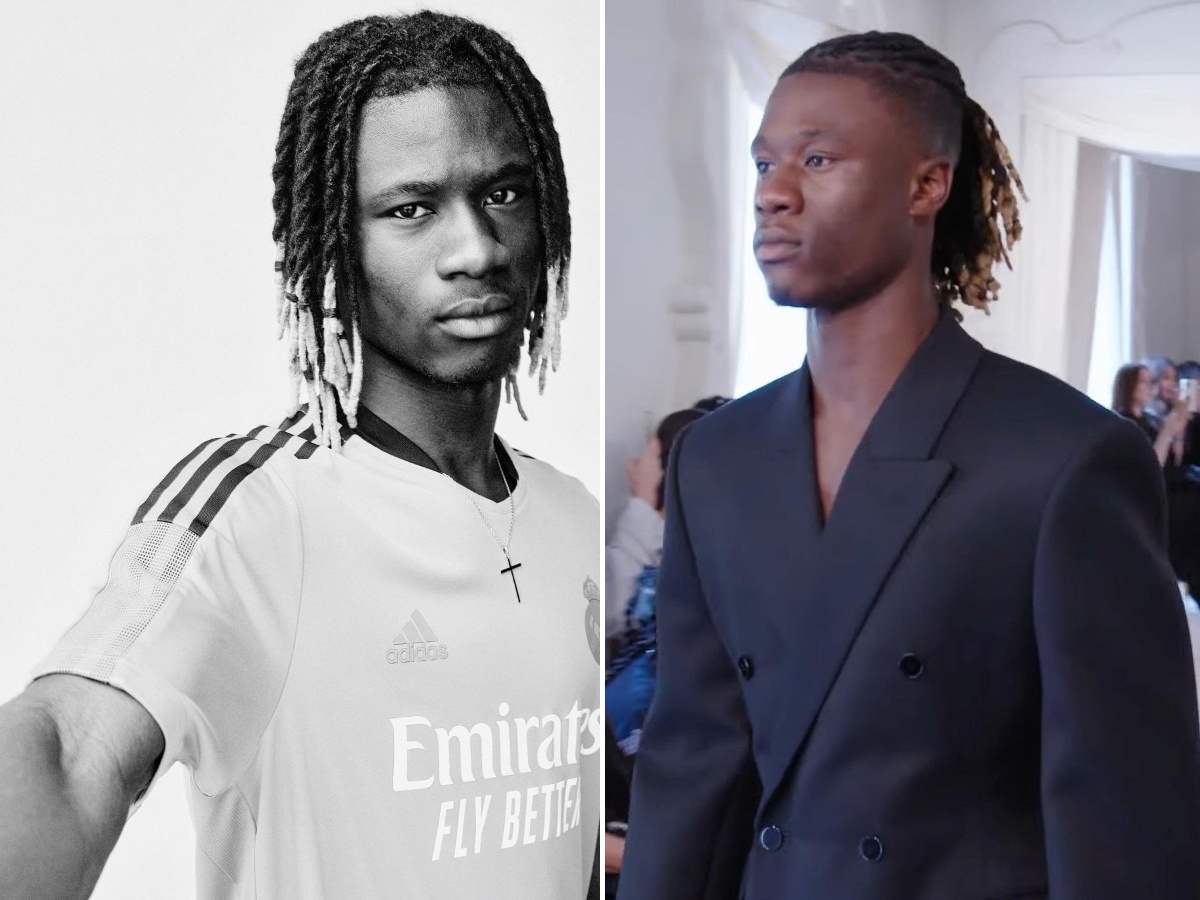 Fresh from attending fashion shows during Paris Fashion Week, Eduardo Camavinga has now swapped the front row for the runway to become the first ever baller to walk for Balenciaga.

Chosen to model by the most influential fashion brand in the world right now, Camavinga swapped out his usual go-to Corteiz apparel to appear dripped down in new season Balenciaga suiting during Demna Gvasalia’s second couture show for the French fashion house.

Following in Hector Bellerin’s footsteps after he walked for Virgil Abloh’s Louis Vuitton show back in 2019, Camavinga walking the runway for Balenciaga is yet another major moment that solidifies luxury’s ever-expanding relationship with football.

Known for being one of the best dressed young ballers in the world, Real Madrid’s midfield starboy donned the Georgian designer’s creations in a surprise appearance between Nicole Kidman and Kim Kardashian in one of the most-anticipated events on the international fashion calendar.

Get a closer look at Camavinga walking for Balenciaga in the visuals below.