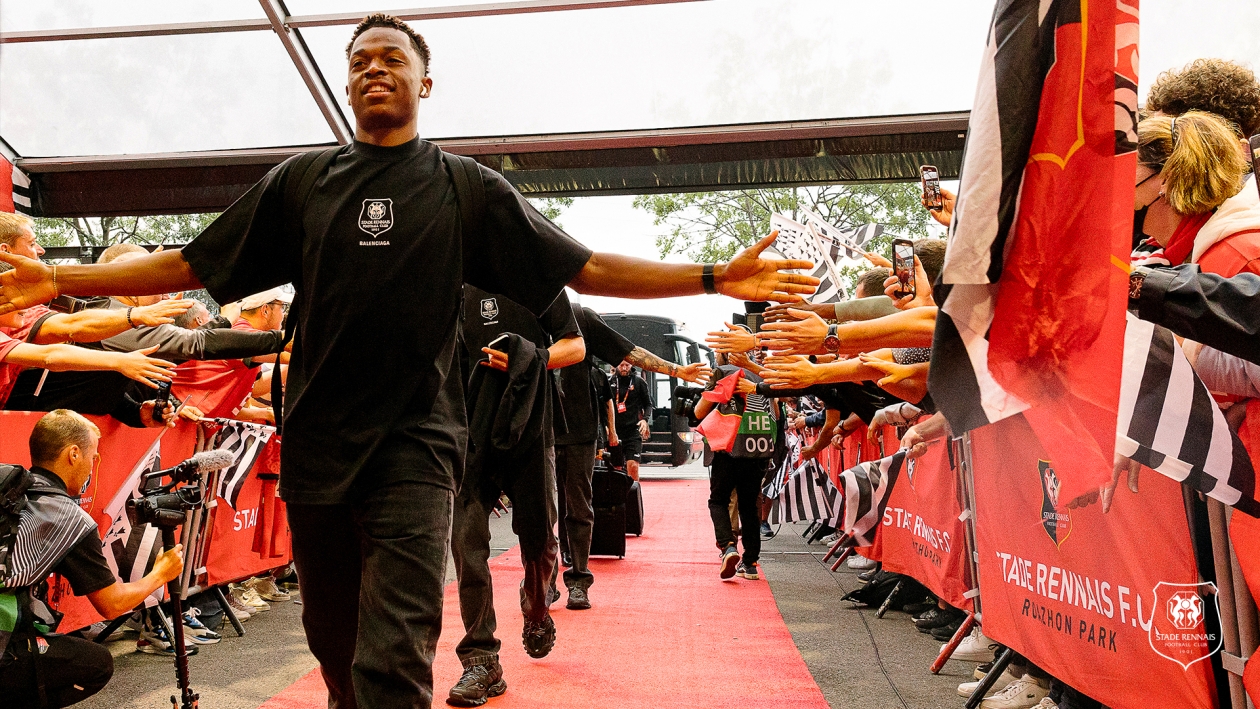 Stades Rennes have just announced a partnership with Balenciaga, with the French luxury house set to dress the club’s first team players on European evenings and domestic home games.

Balenciaga is owned by Kering – a company owned by François-Henri Pinault – who is also the owner of Rennes, making it an easy collaboration to facilitate between one of the hottest brands in the world and the Ligue 1 club.

Balenciaga are no strangers to experimenting in the field of football. Since his appointment as artistic director in 2015, Demna Gvasalia has focused on expanding the brand, whose products now extend to ready-to-wear clothing for women and men.

Demna has dropped off football-inspired pieces while leading the brand. Back in 2020, Balenciaga dropped their infamous football boots, complete with moulded studs and a run of football shirts, shorts and socks which were presented on the catwalk for AW20.

Since then, they’ve gone deeper to cement their connection to the sport, asking Real Madrid starboy Eduardo Camavinga to become the first football player to walk for Balenciaga as part of their 51st couture collection.

As announced via the club’s website, the brand will now deck out Rennes players including Amine Gouri and Jeremy Doku for functions off the pitch as the latest, high-profile luxury partnership between a club and fashion house.

Loro Piana x Real Madrid, Fendi x Roma and Off-White x AC Milan have all been noteworthy partnerships that have headlines the 22/23 season, with this surprising link up between Balenciaga and Stade Rennes another partnership solidfying the relationship between luxury brands and clubs.