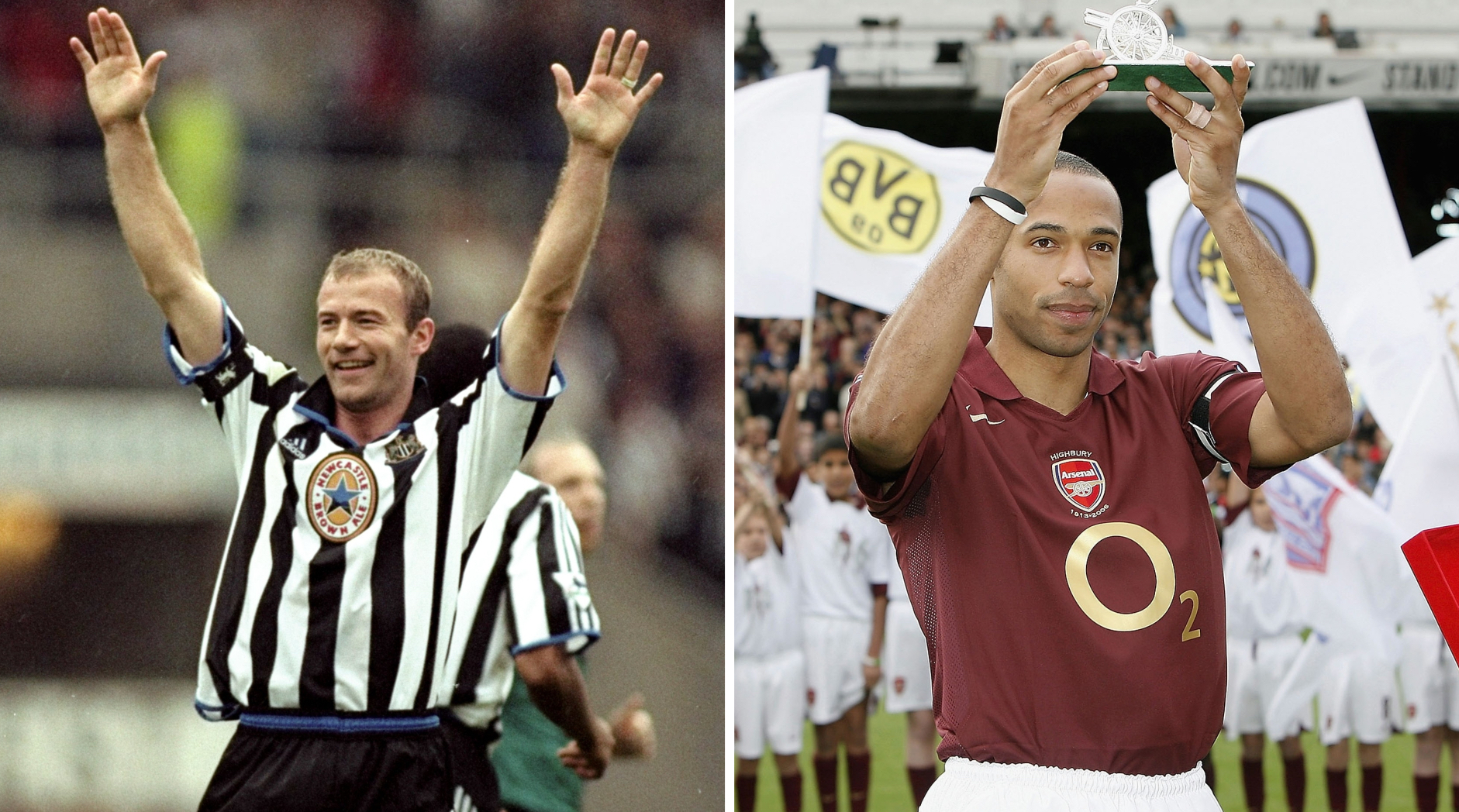 Alan Shearer and Thierry Henry are officially the first inductees to the Premier League Hall of Fame, recognising and celebrating the best and most influential individuals to ever grace the Premier League since it was founded in 1992.

The new award is the highest individual honour given to a player by the Premier League and for its debut year, the PL is recognising two of the greatest strikers of the modern era.

Shearer has been inducted as the League’s record goal scorer, having netted 260 goals across 14 Premier League seasons. The striker was the first player to reach a century of Premier League goals, scoring 112 times in just 138 matches for Blackburn Rovers, as well as winning the Premier League title with them in the 1994/95 season.

Following a world-record transfer to hometown club Newcastle United in 1996, Shearer scored 148 goals in 303 Premier League matches across a 10-season spell for the Magpies. He is a three-time Golden Boot winner and remains the only player to have reached 100 Premier League goals for two different clubs.

Following his move to Arsenal in 1999, Henry won the Premier League title twice and was a key member of the ‘Invincibles’ team which went unbeaten during the 2003/04 title-winning season. Along with his scoring prowess, Henry contributed 74 assists during eight Premier League seasons, including a joint-record 20 in 2002/03.

As part of their induction, each Hall of Famer will receive a one-of-a-kind Hall of Fame medallion, and a special-edition HoF jersey with their name and most iconic squad number printed on the back. 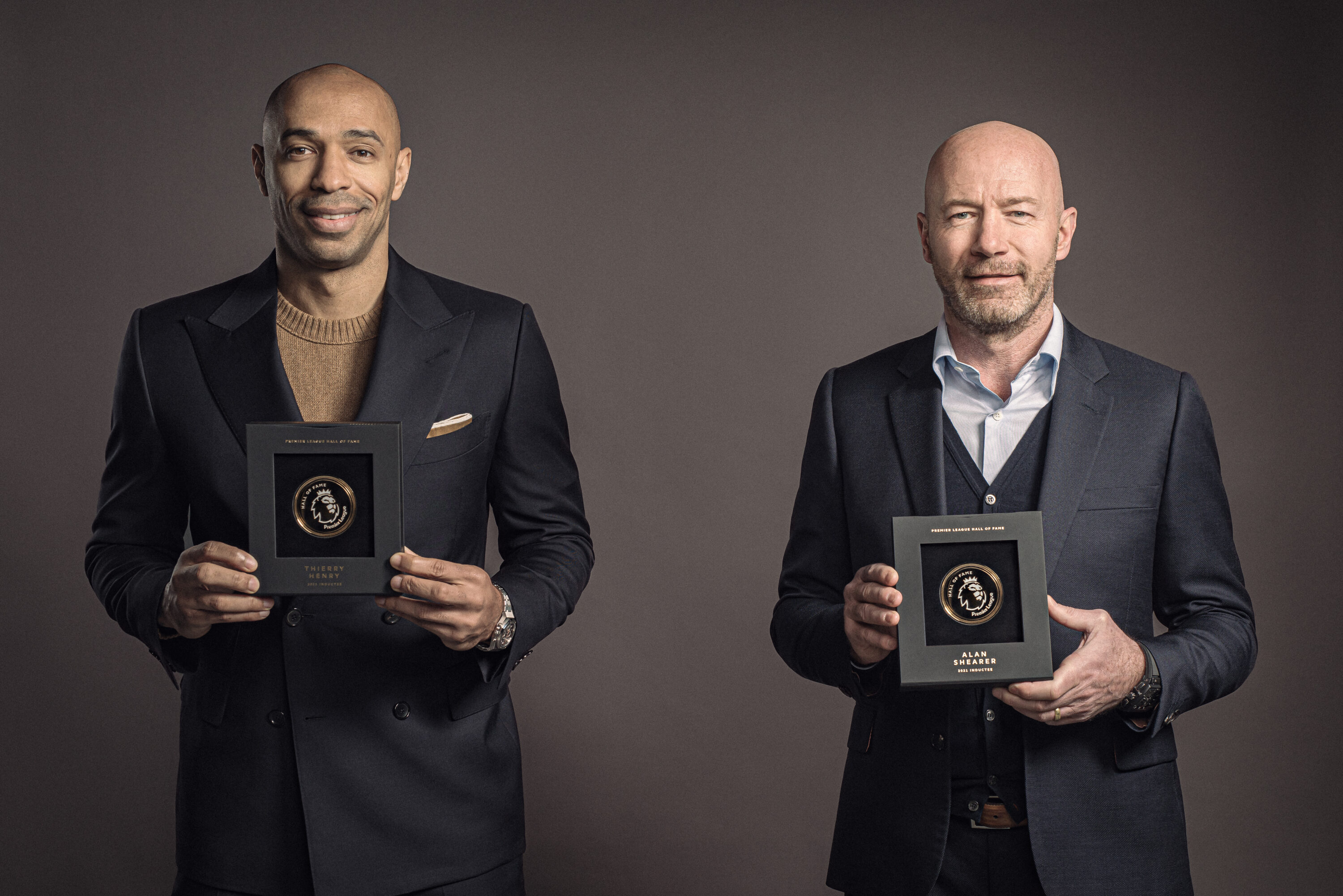 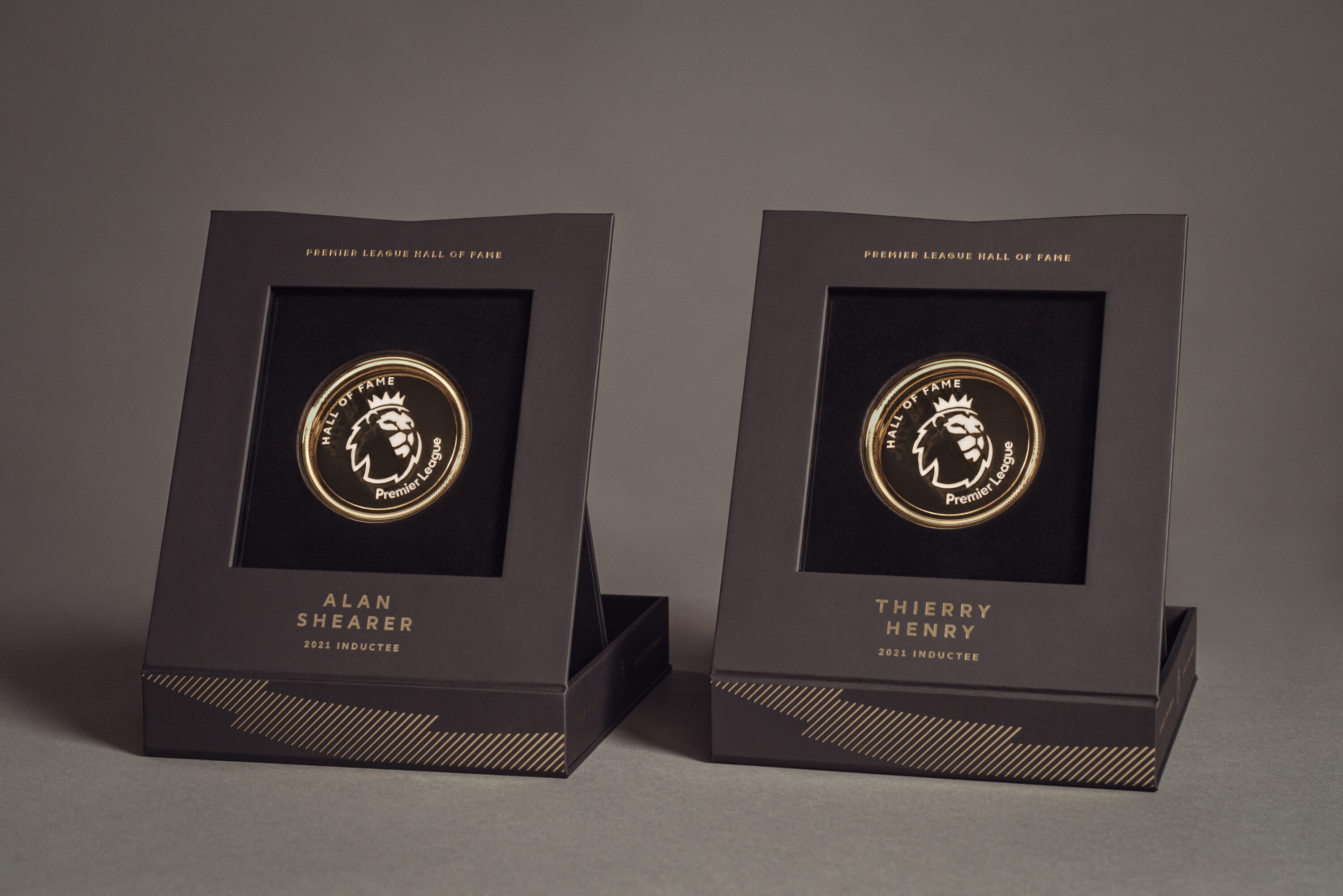 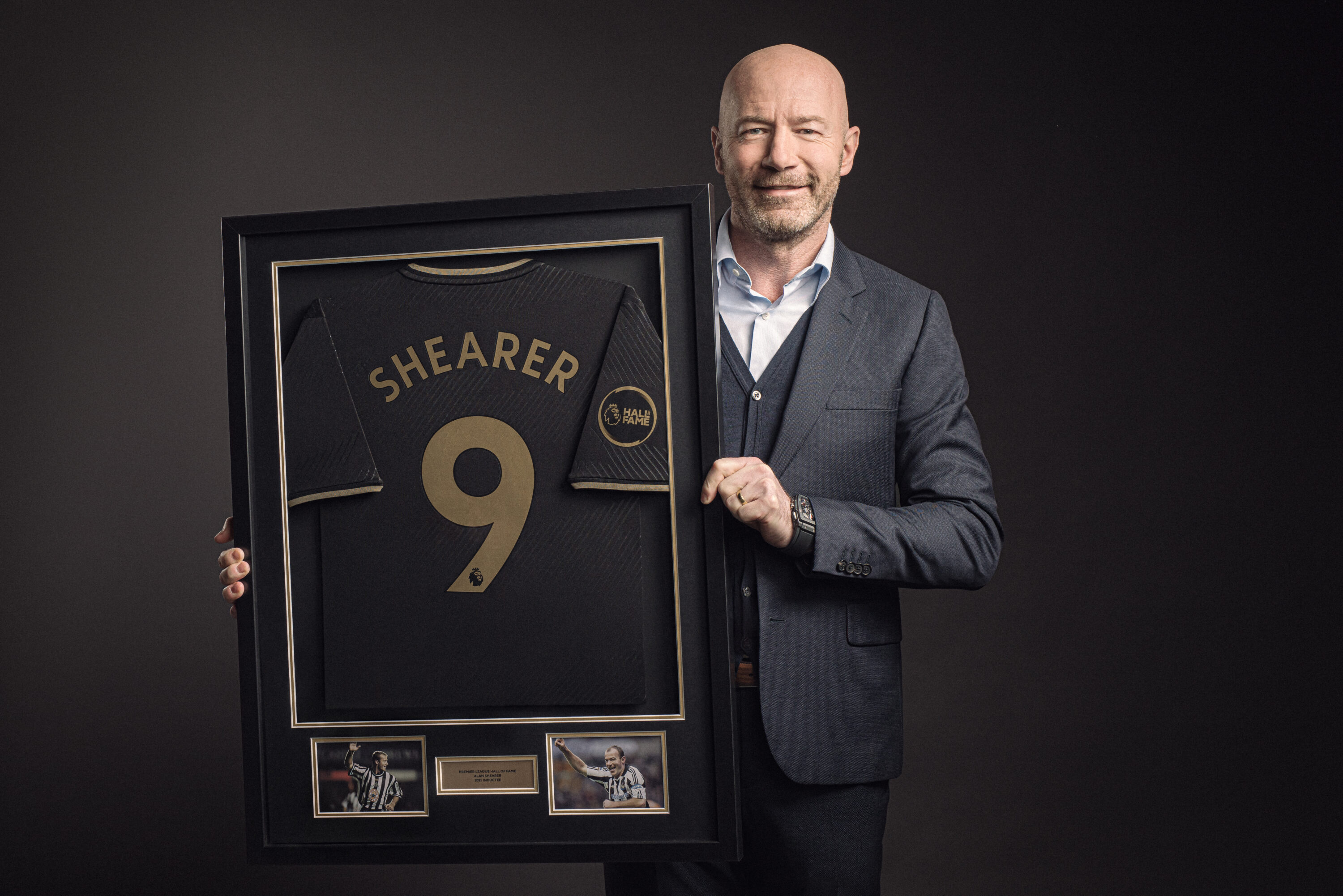 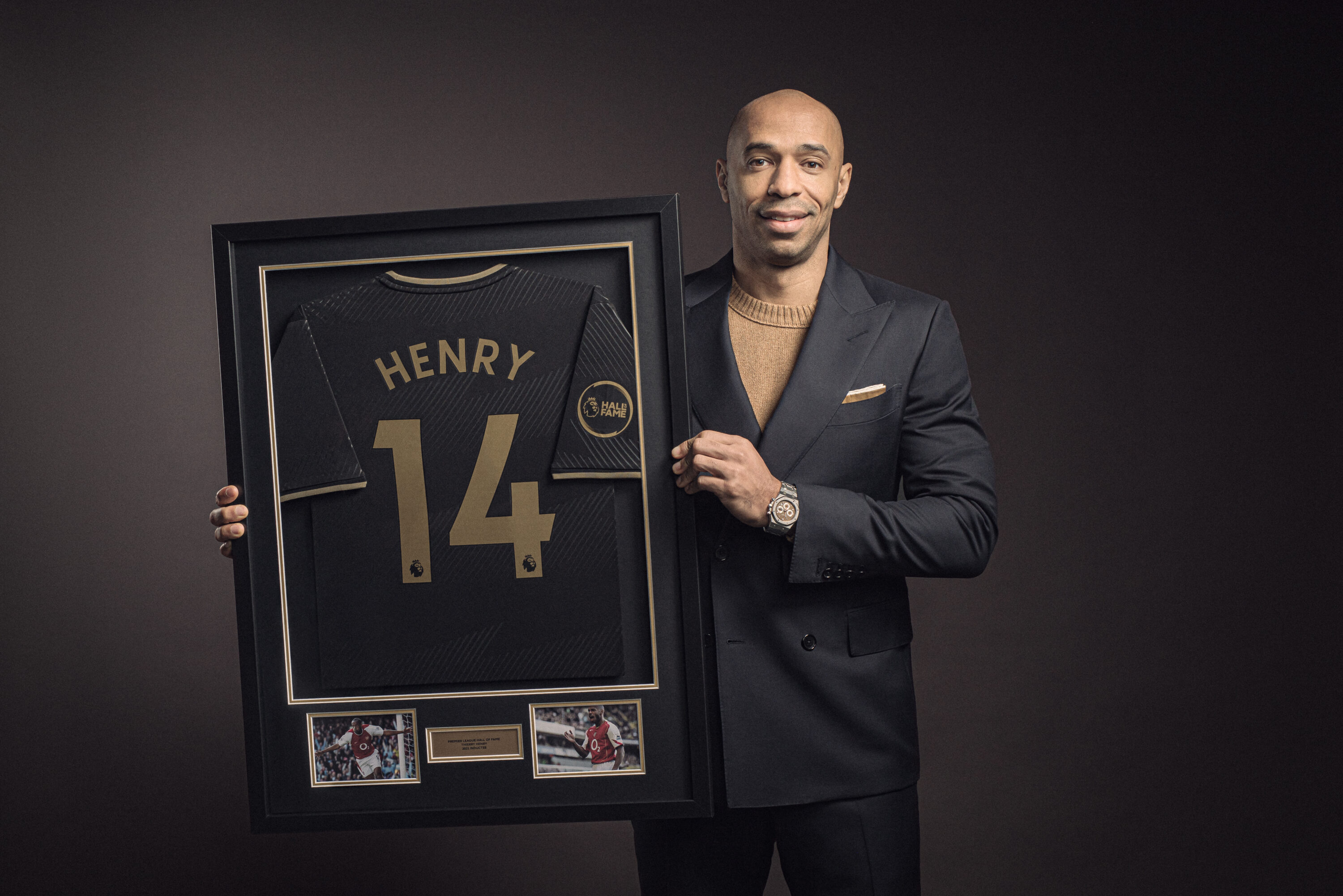