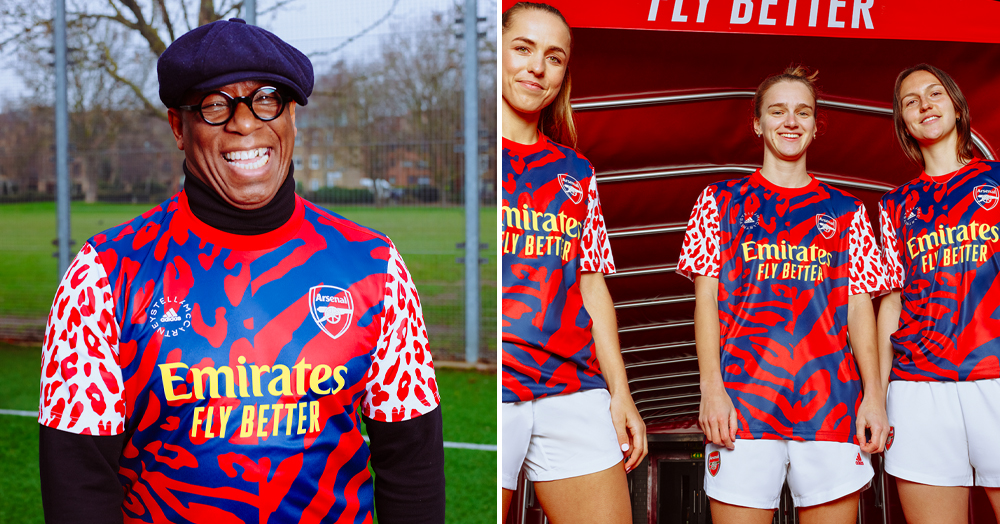 adidas and Arsenal have launched a bespoke women’s collection in collaboration with British designer Stella McCartney.

Designed to support Arsenal Women on and off the pitch, the 10-piece collection fuses performance and sustainable innovations to support the world’s best athletes while on the move.

This is the first time adidas by Stella McCartney has collaborated with a women’s football team, and from the looks of how wavey these designs are, it won’t be the last time.

The range includes a zip-up hoody, tracksuit, leggings and an exclusive colourway of the adidas by Stella McCartney Ultraboost22. To complete the collection there is also a gender-neutral pre-match jersey designed for the very moment players take to the pitch.

Across the entire range, the distinctive Mystery Blue and Scarlet Red are club colours that reflect the North London’s side illustrious past, which are then fused with a modern oversized leopard graphic, synonymous with the ‘style language’ of one of the world’s most iconic designers.

With both performance and sustainability at the design’s core, the pieces are made from organic cotton as well as recycled materials, continuing the brand’s ambition to help end plastic waste.

Together, the adidas by Stella McCartney X Arsenal Women collaboration offers a fresh vision for what a statement and signature collection for a club, its fans, and the planet can look like. It’s environmentally friendly but still bold, expressive and made to be seen.

Arsenal striker Vivianne Miedema, who earlier this month became the first WSL player to reach 100 goal contributions, said: “It’s great to have a collection created for our team, and even more so that Stella McCartney has designed it. The designs are amazing, and I can’t wait to wear the pre-match jersey on the pitch as we get into such an important time in the season.”

Stella McCartney spoke of how honoured she was to be tasked with designing a range for one of Europe’s most successful clubs in history: “As the most decorated English women’s football club, Arsenal Women is made up of incredible athletes, so to be able to celebrate them – especially in a year that is so pivotal for women in sport – is incredibly special.”

The full range will be worn for the first time when Arsenal Women play in their North London derby fixture against Tottenham Hotspur at The Emirates, Saturday 26th March. The men’s team will also wear the gender neutral pre-match jersey when they play in their Premier League fixture away at Crystal Palace, Monday 4th April.

The limited release will be available across adidas.com, in store and the official Arsenal club store from 28th March. 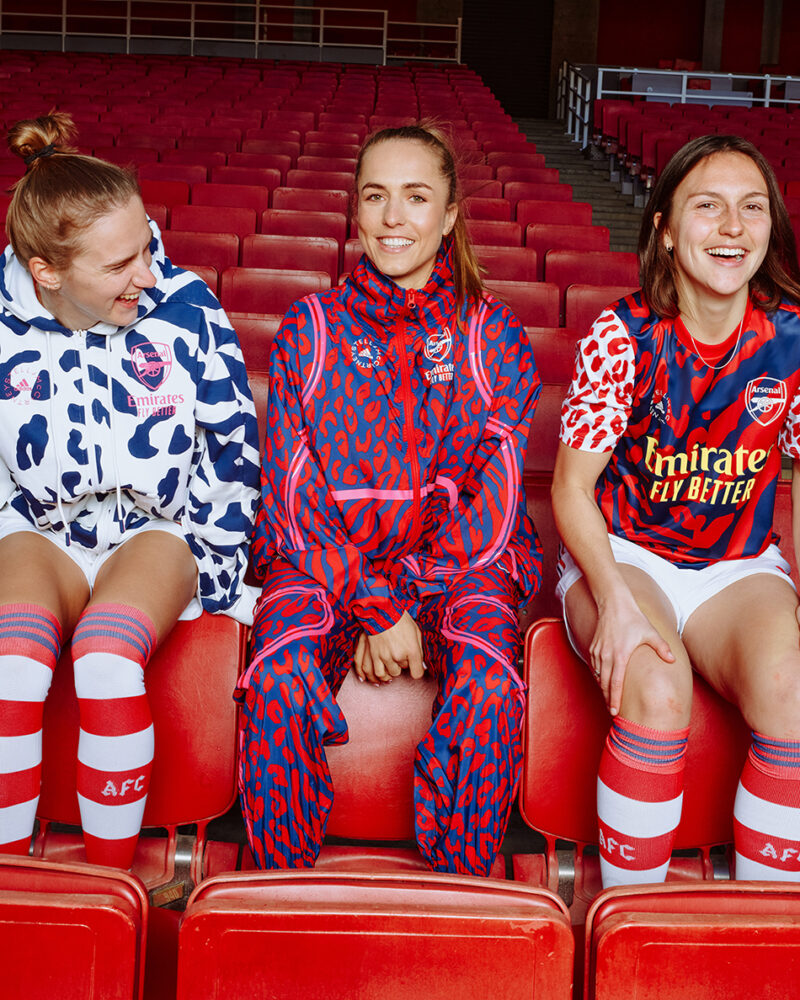 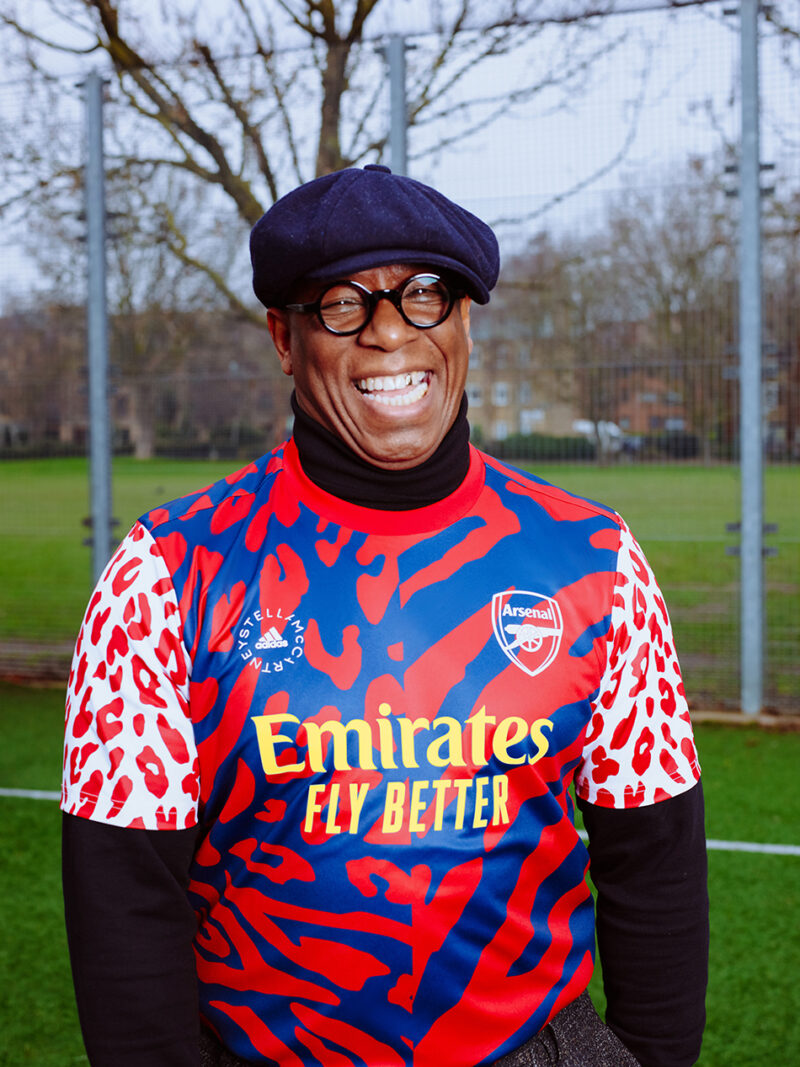 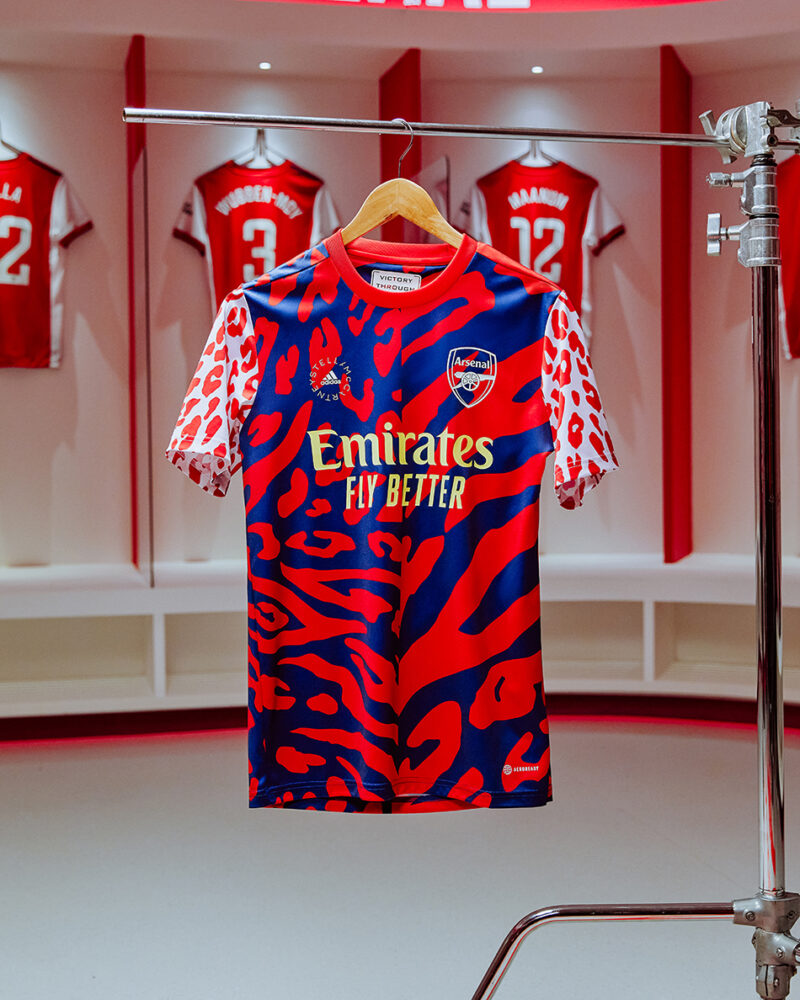 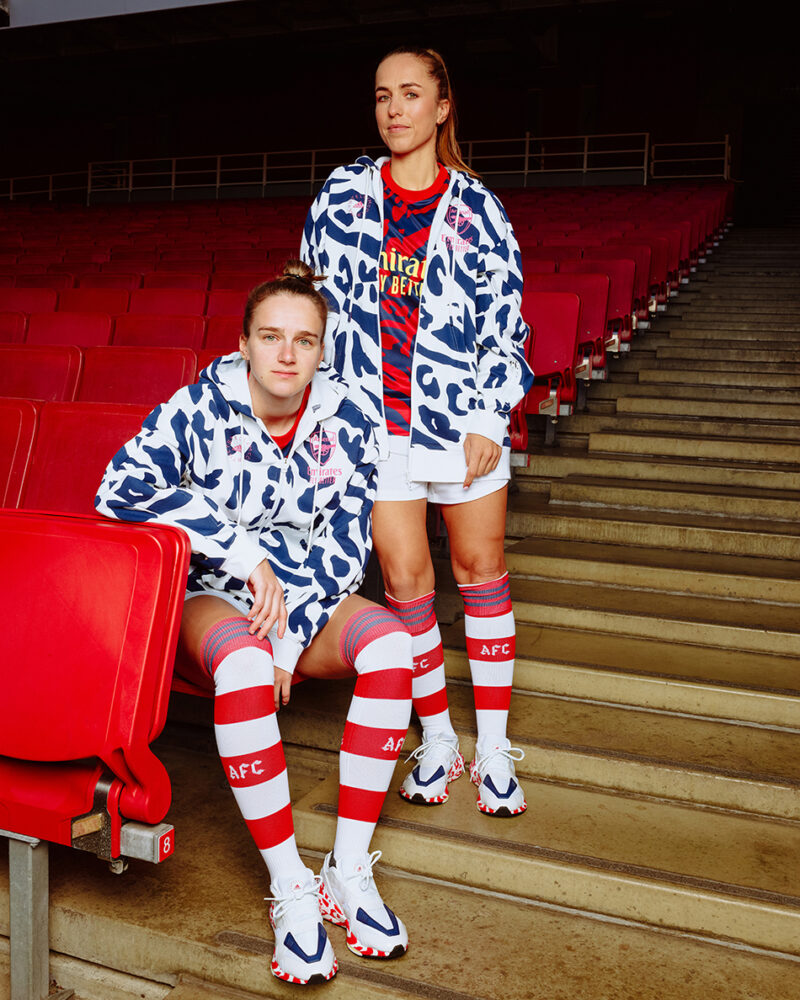 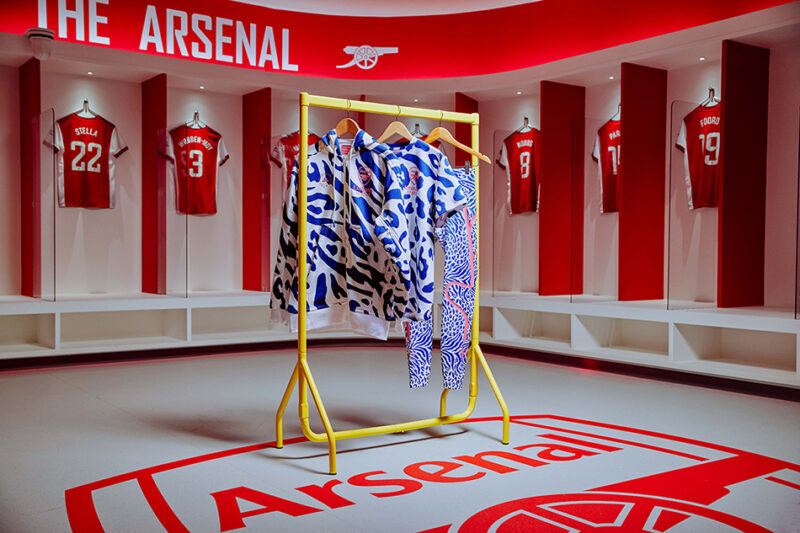 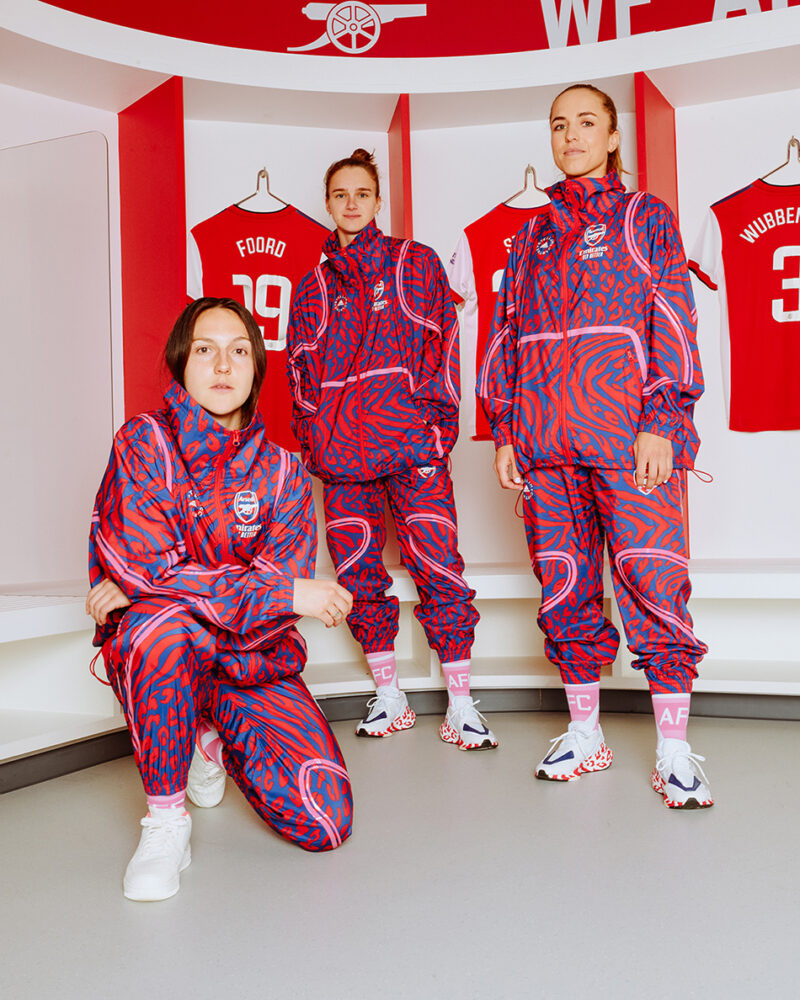 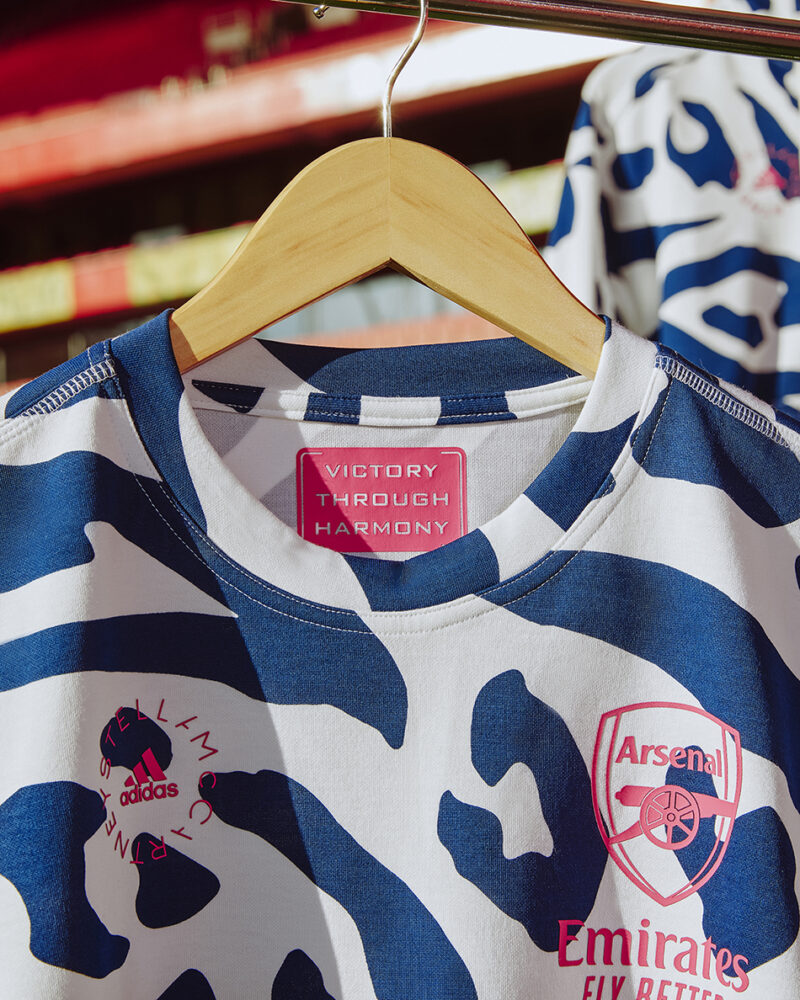 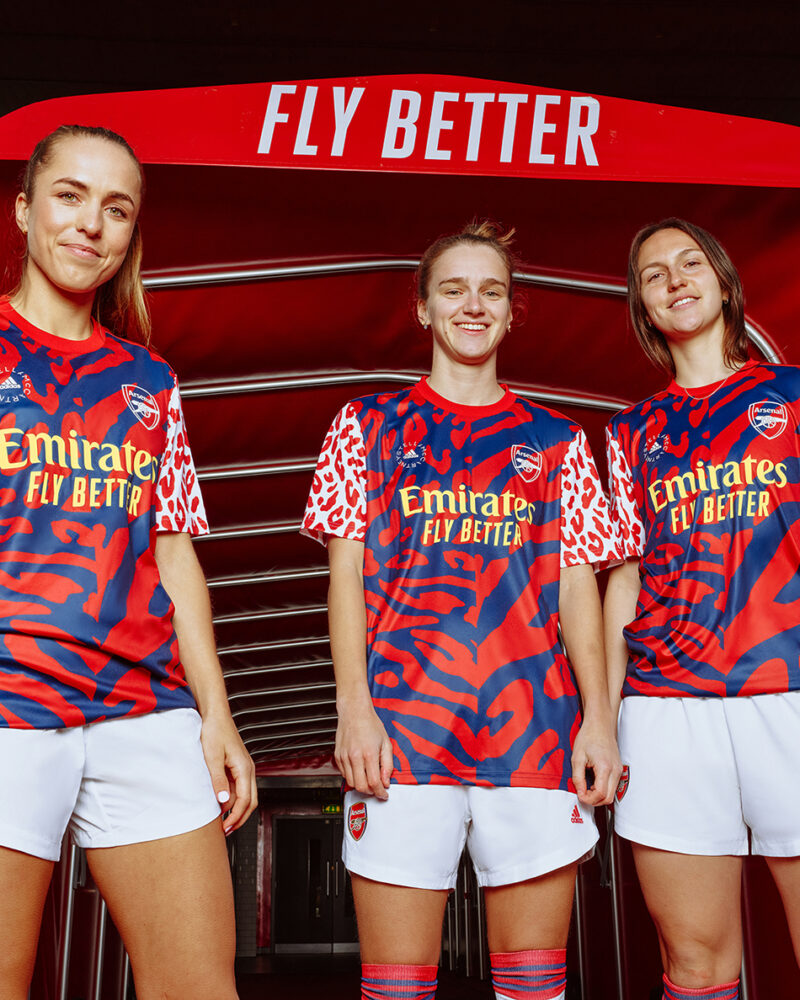 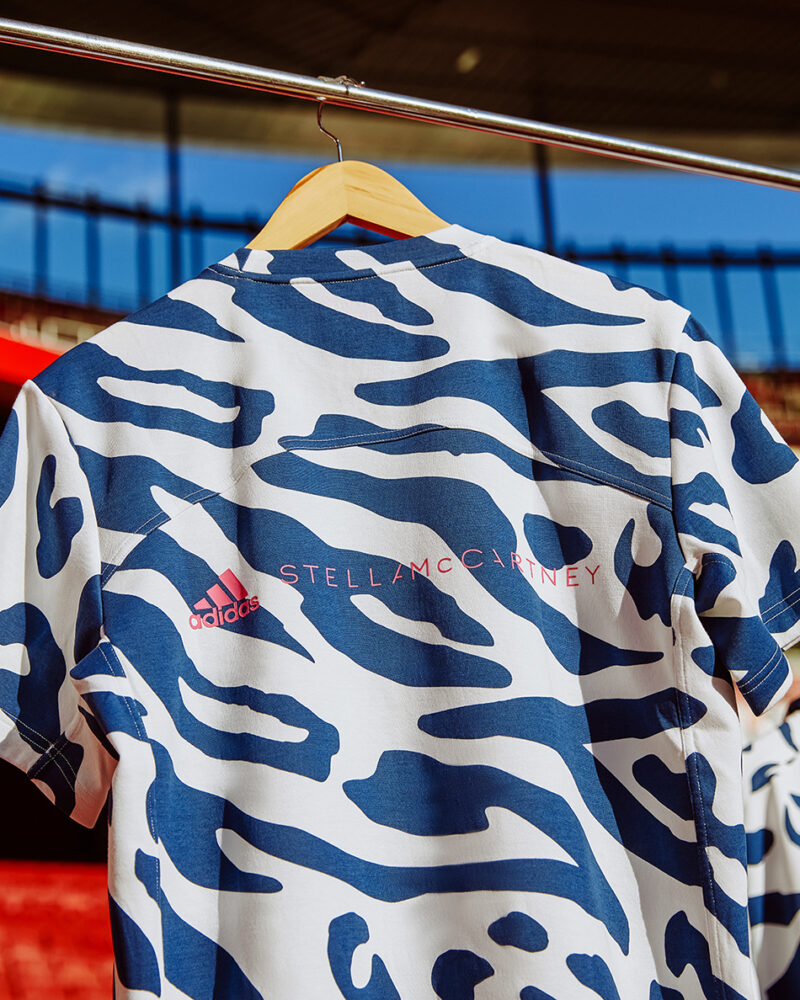 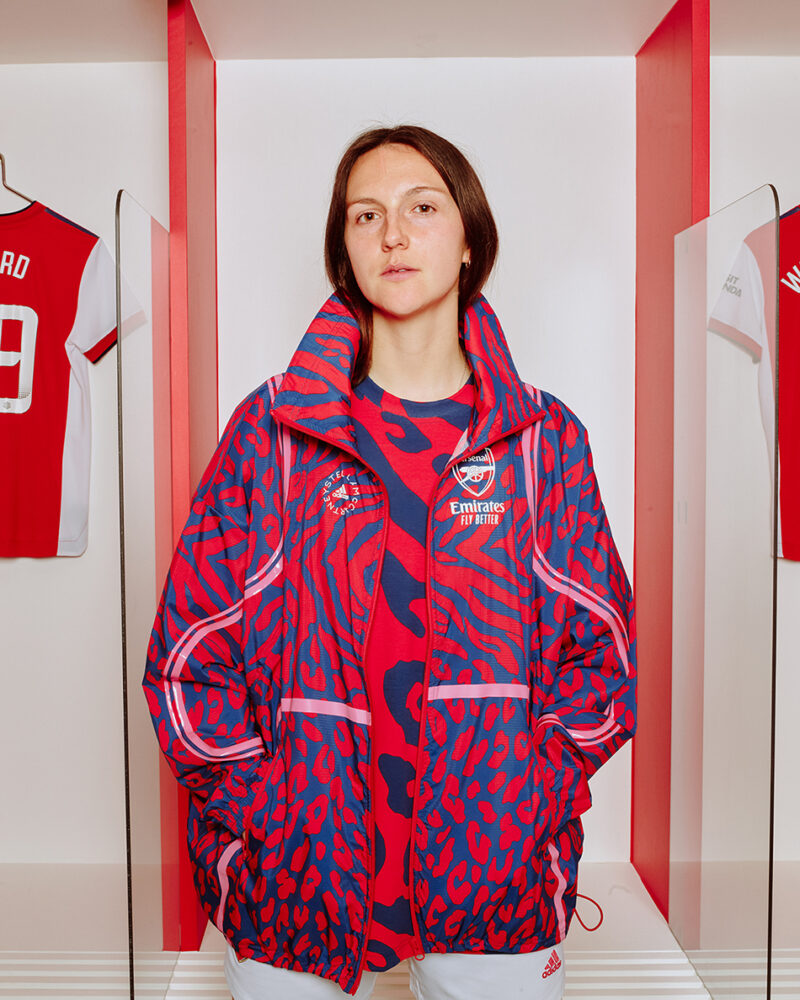