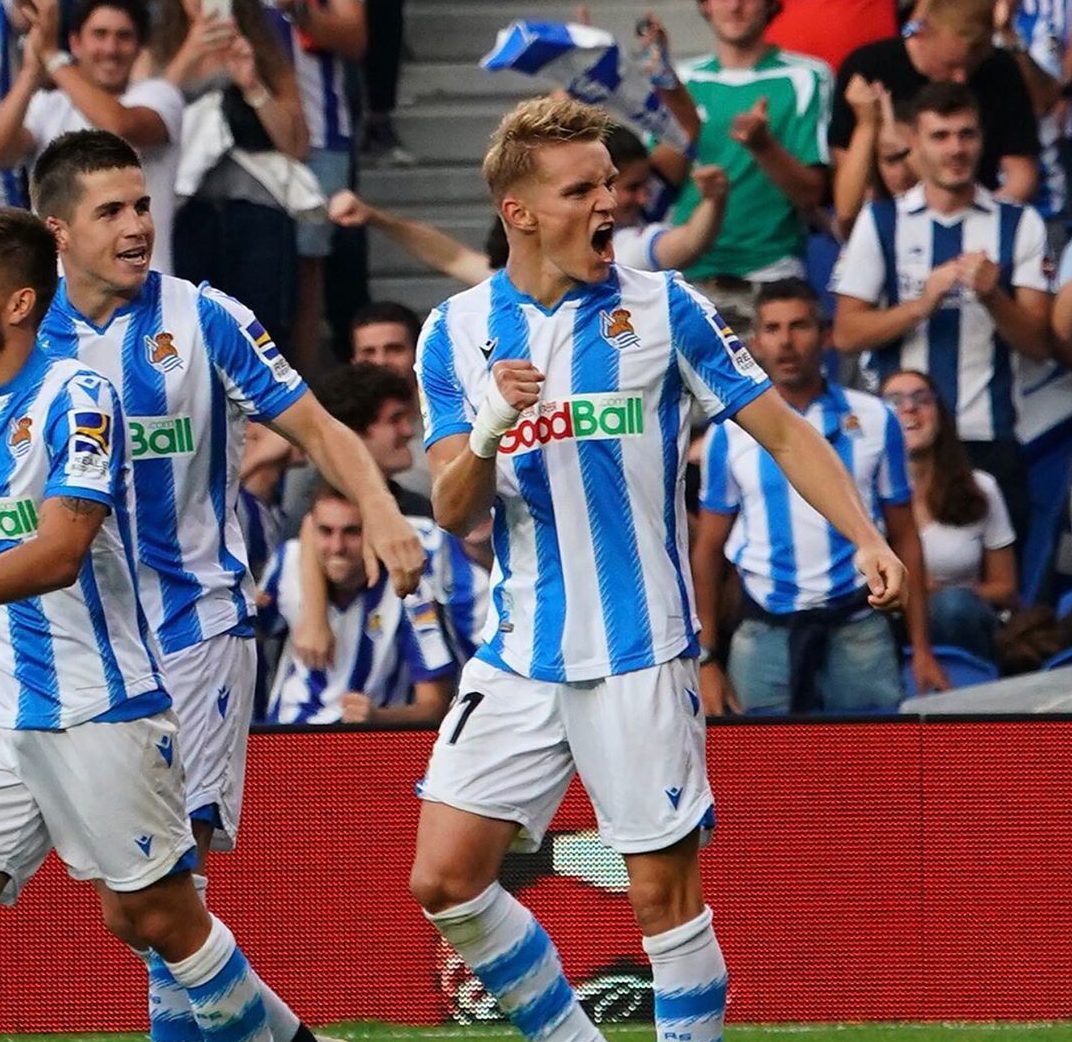 Martin Ødegaard is well and truly back and saucing it up after winning La Liga’s player of the month for September.

He finished ahead of Karim Benzema & Gerard Moreno who were also in contest to cement his status as one of the best young players in Europe after previously being written off en-masse by a large portion of Real Madrid fans.

Ødegaard has flourished this campaign so far, where he’s widely been reagrded as the most creative player in La Liga so far in 2019-20. The Norse baller even registered 10 chances created against Alavés – the most recorded by a player in any La Liga game since 16-17 – including this ridiculously satisfying assist.

Martin Ødegaard is back and saucing. pic.twitter.com/LTo3WnRCuf

The 20-year-old registered one goal, two assists, nine successful dribbles, 194 completed passes and five successful crosses last month, and will be well and truly on Real Madrid’s agenda after his loan finishes at Real Sociedad at the end of this campaign.

In other young baller news, Reece James has been handed his first call up as part of a stacked England U21 squad.