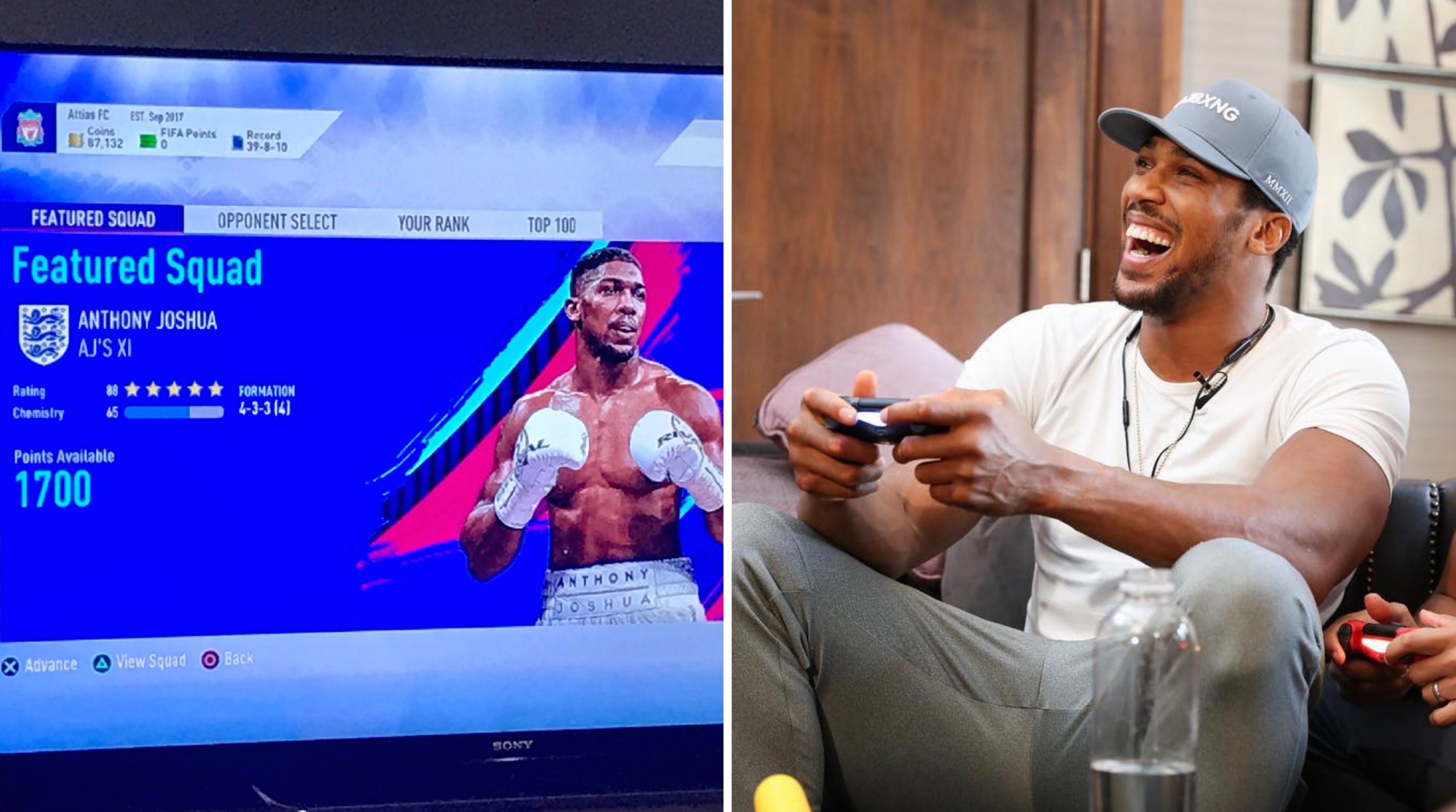 While he no doubt spends most of his waking hours in the boxing gym, it looks Anthony Joshua knows his way around FIFA Ultimate Team, too.

The WBA, WBO and IBF heavyweight champion has the “Featured Squad” in this week’s Squad Battles mode on FIFA 19 Ultimate Team, meaning you can play against AJ’s XI with your own team for one week only.

Anthony Joshua’s team is filled with some of the biggest names in football – sacrificing “chemistry” in the process – with Cristiano Ronaldo, Zlatan Ibrahimovic and Paul Pogba all featuring.

Anthony Joshua has long been vocal about his love of the EA Sports FIFA franchise and in 2016, AJ revealed that he had to quit FIFA at one stage as his addiction to the game began to derail his prospective boxing career.

From looking at his heavyweight Ultimate Team, it looks like AJ’s got the bug again.