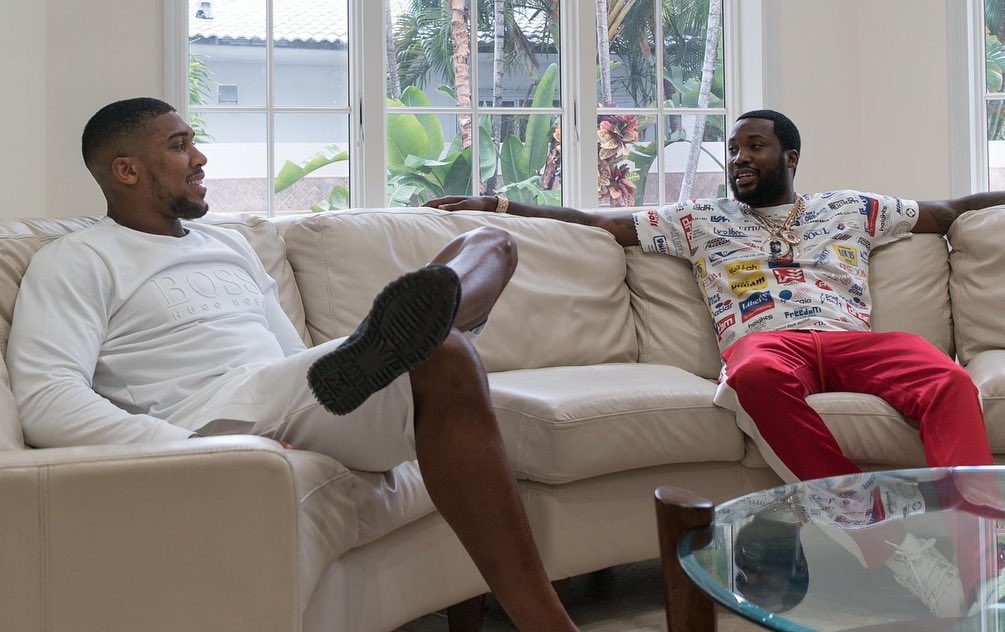 British heavyweight boxing champion Anthony Joshua will star in the latest edition of DAZN’s ’40 Day’ docu-series, which is set to be produced by none other than Meek Mill and Jay-Z.

The documentary will just be in time for the three belt heavyweight champion’s US debut on the 1st of June, with Meek Mill stating “They tell the story of what makes a true champion. I love being part of a project that tells of their grit, sacrifices and dedication outside the gym.

“It’s those things that show true character and should be lauded just as much as the knockouts in the ring.”

“With Joshua and Ruiz Jr., fans will get exclusive access to the preparation of the best heavyweight in the world looking to make a massive impact in America, and the dangerous Mexican that can shock the world and become a national hero,” Joshua’s promoter Eddie Hearn said.

The first episode will be out on the 21st of May with the remaining being released on the 23rd, 28th and 30th of May. Joshua takes on Andy Ruiz Jr on the 1st of June at Madison Square Garden.