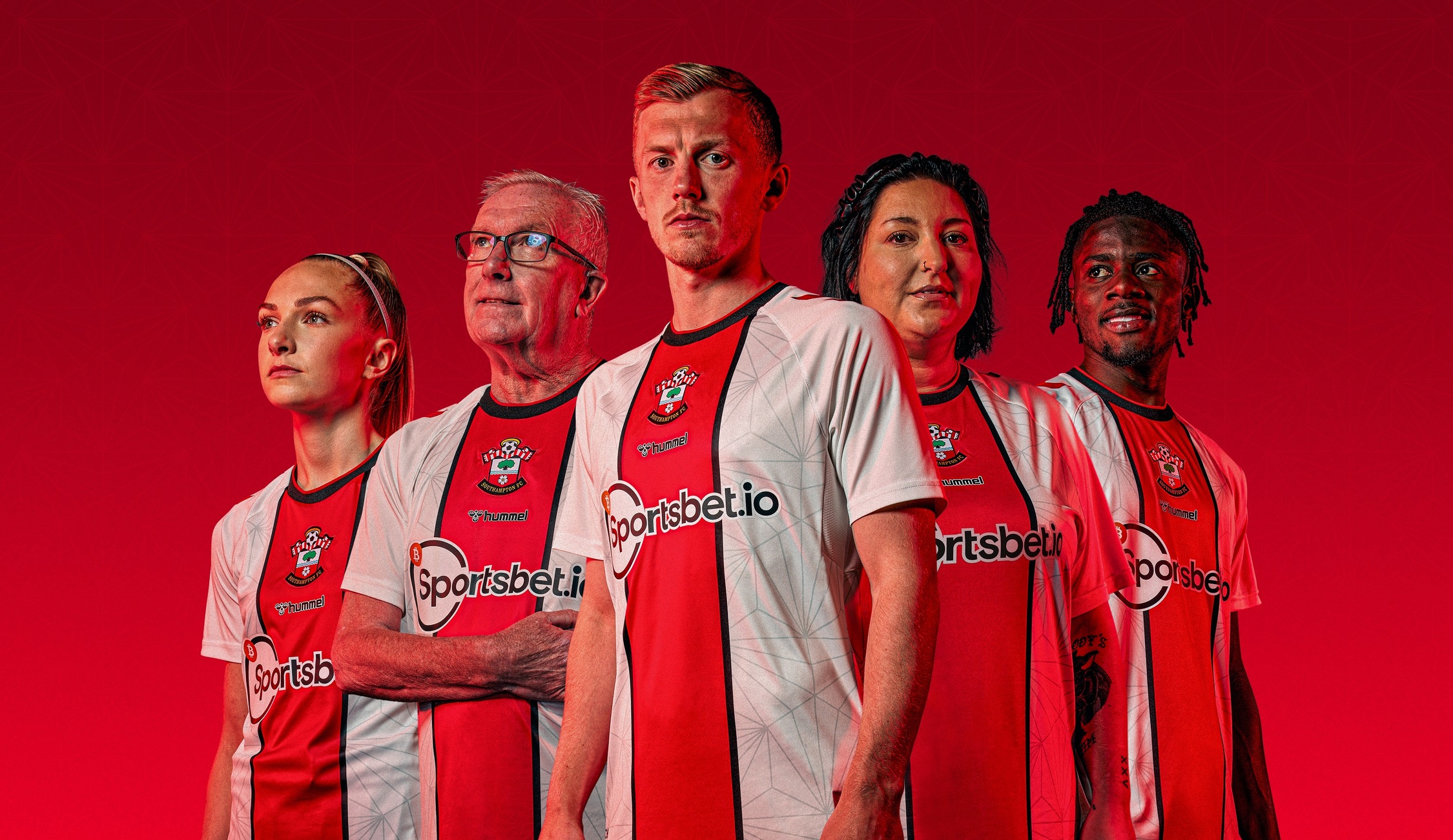 Southampton FC and hummel have dropped their 22/23 home kit paying homage to some serious ballers from the 1980s with their brave new designs.

Reversing the colours of the shirt first worn by trail blazers like Kevin Keegan, Alan Ball and Charlie George, the striking central stripe and central badge mark a brave new direction for the club.

Launched under the club’s new campaign, ‘Bold is Brave’, Southampton FC are celebrating bravery both on and off the pitch.

This season’s kit drop has been carefully designed to start conversations, giving Southampton FC the opportunity to tell the unique stories of the fans, players and people that make the club so special to be part of.

Southampton FC asked its fans to tell them what bravery meant to them and what they wished they could do if they were brave. The conversations will shine a light on bravery and a willingness to push boundaries, challenge ourselves or stand out.

This is something fans will be able to see as part of an upcoming three-part ‘Bold is Brave’ docuseries, with part one launching on 30th June.

Further subtle shirt details are reflected in the contemporary geometric pattern taken from the iconic stanchions of St Mary’s, and the central badge stands this kit apart from previous seasons.

The sleeves are complemented with two chevrons, taken from hummel’s iconic design trademark, and have been inspired by their retro kits. The inside neckline also features the hummel logo for brand consistency.

The club is fully committed to creating a positive impact on the environment, as part of its dedicated sustainability strategy, ‘The Halo Effect’. Therefore, like last season, this kit has been produced using Eco8 material made from fabric created using recycled plastic bottles.

With this kit launch, Southampton FC will become the first Premier League club to release an NFT collection of the design for its football shirt.

As a club that is known for doing things differently, Southampton FC will be launching just one NFT per kit, making each one a true collectable item for football shirt collectors in web 3.0.

Take a closer look at the shirt below. 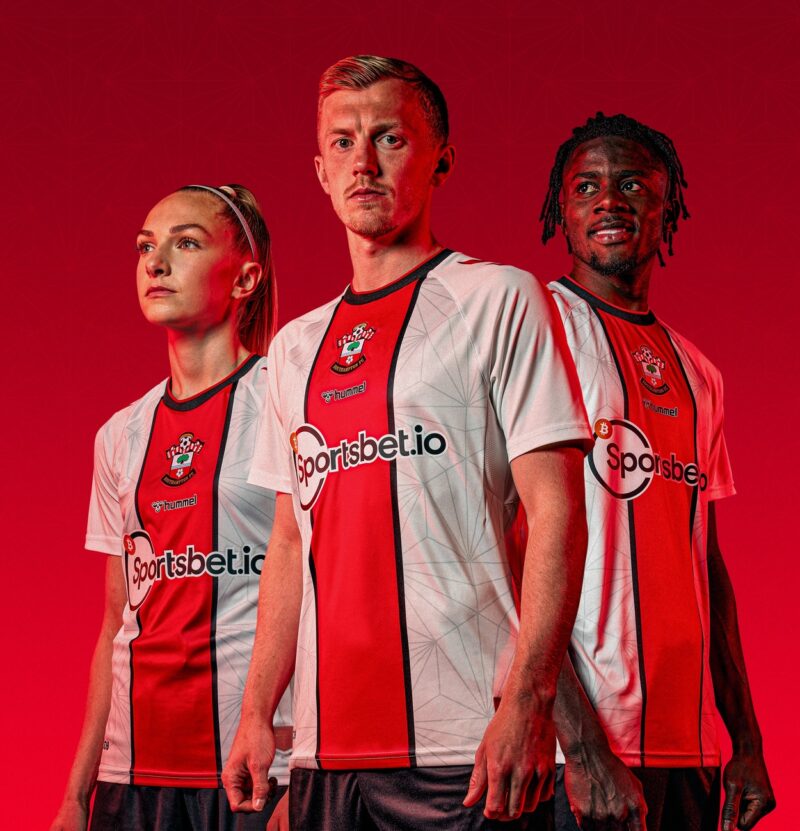 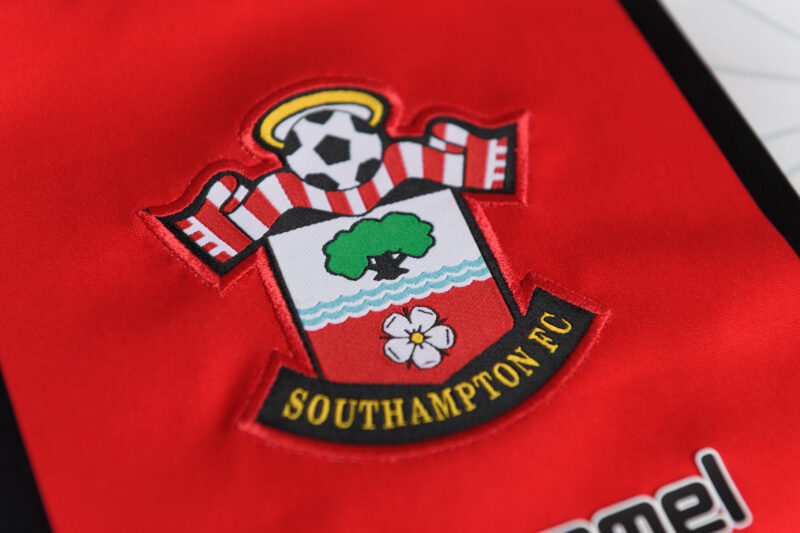 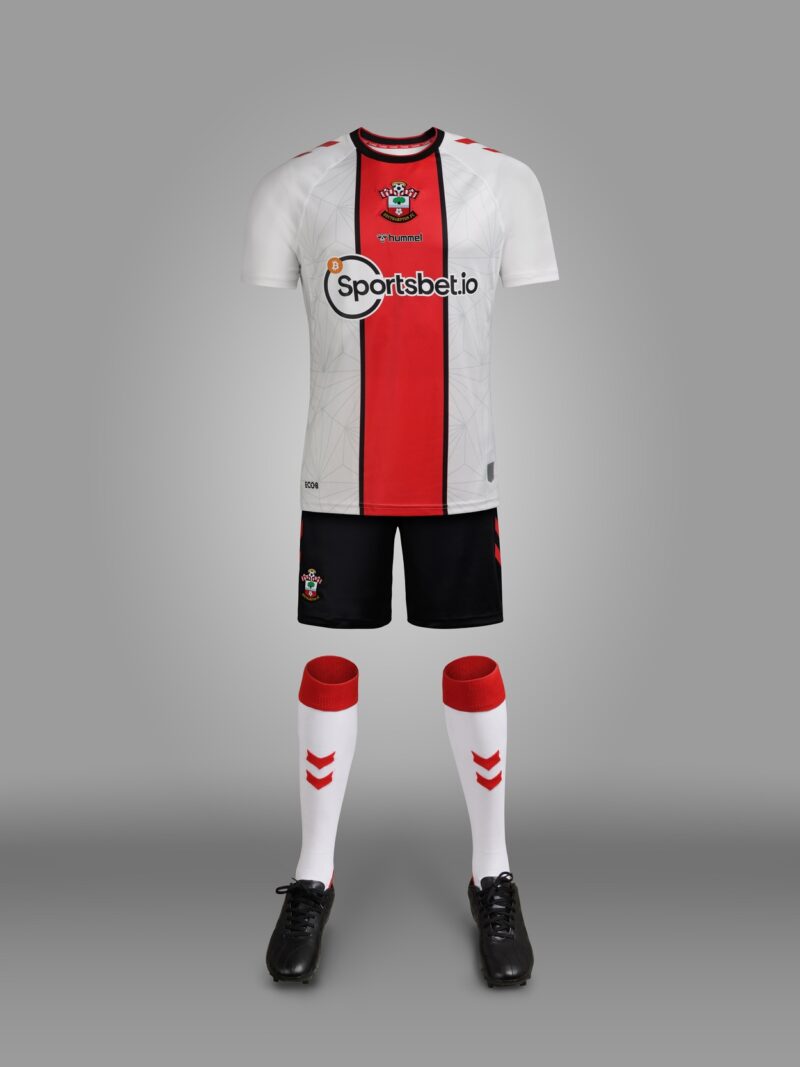 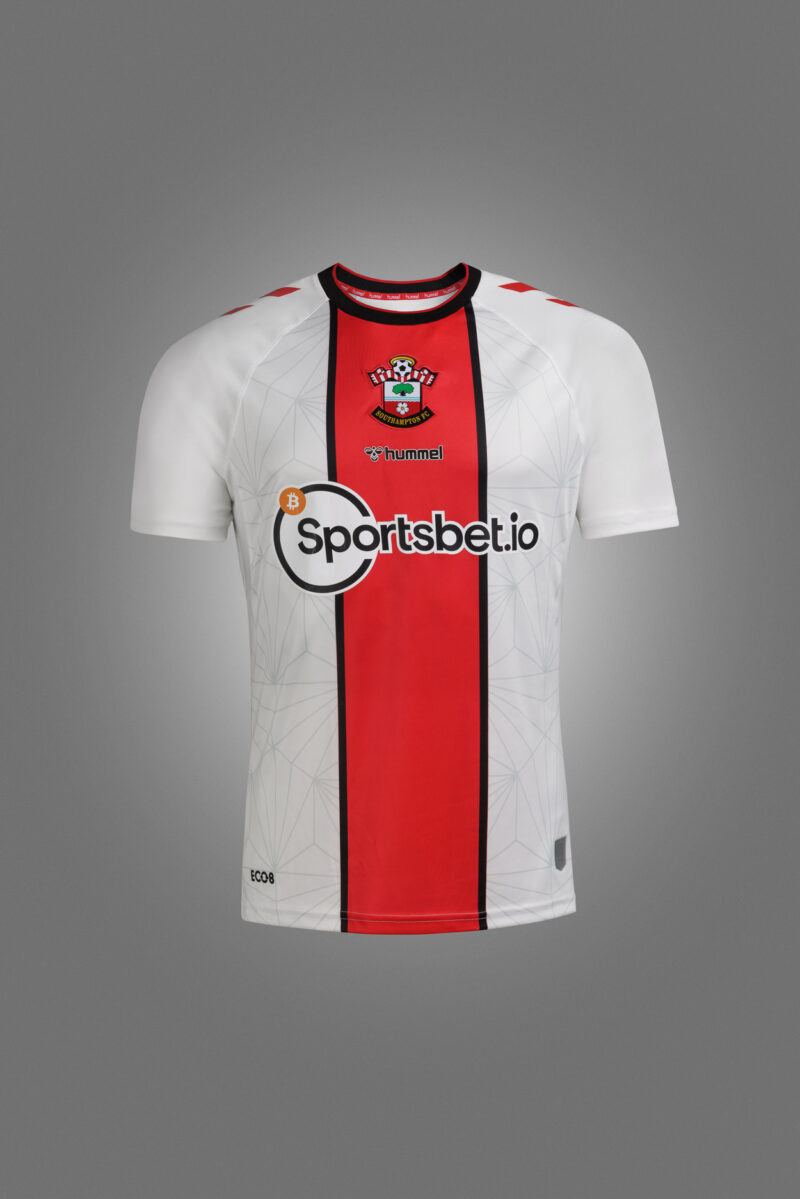 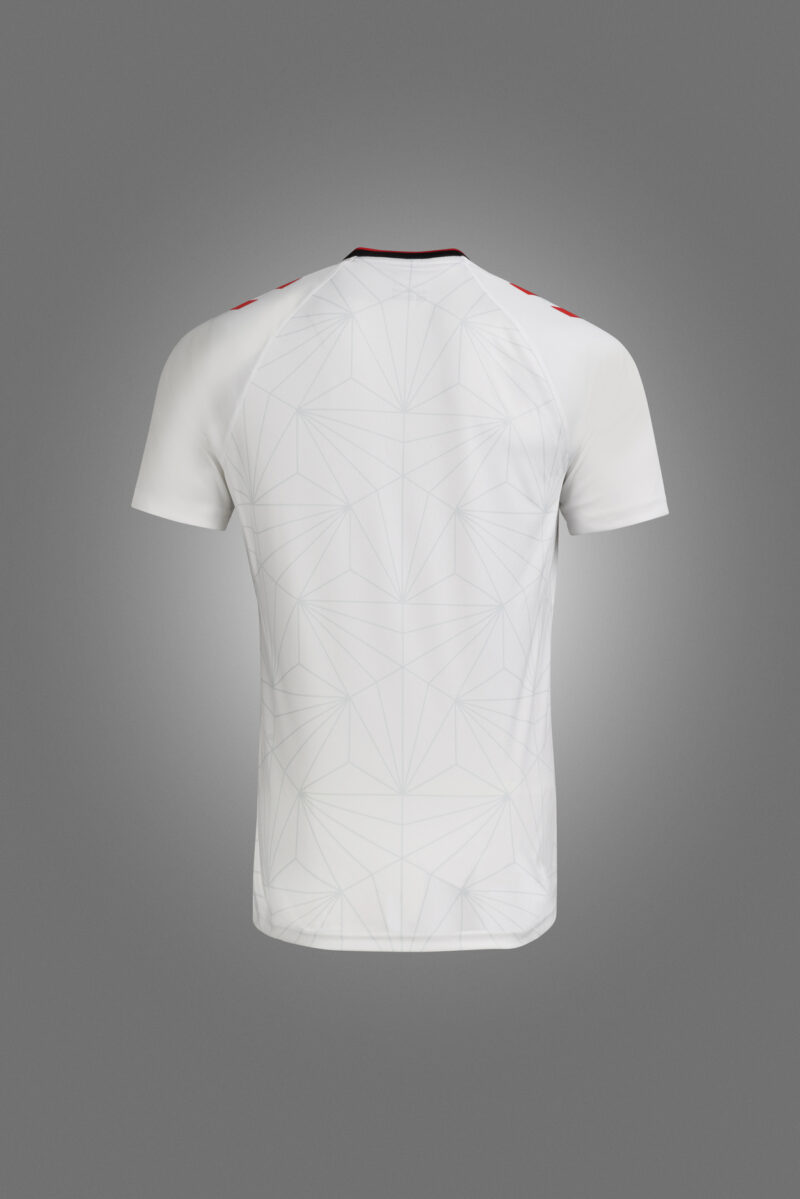