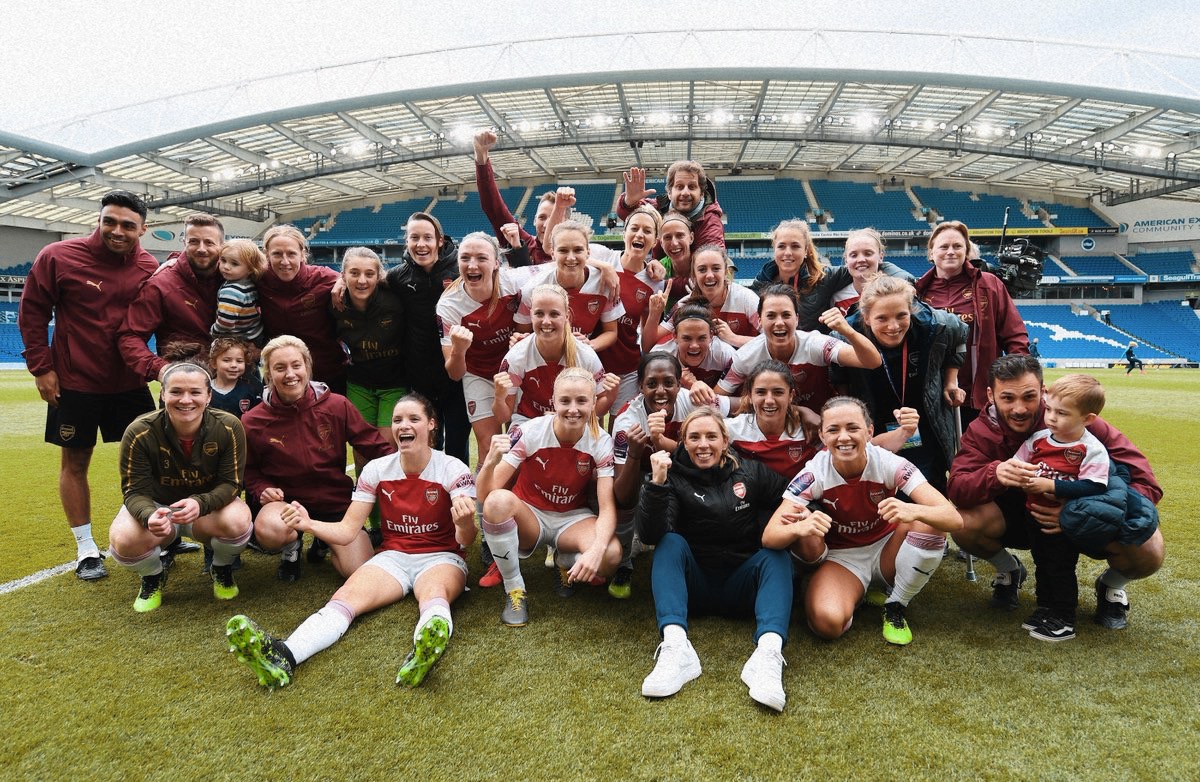 Arsenal are WSL champions again after a seven-year wait.

The Gunners rocked up to Brighton & Hove Albion’s Amex stadium knowing a win would secure them their third WSL title – and they proceeded to make light work of their opponents.

22-year-old PFA Player of the Year, Vivianne Miedema, got proceedings underway after just six minutes with an outrageous strike to bring her league goal tally to 22 for the season, and ensure Arsenal got off to a strong start.

This is why @VivianneMiedema won the Women's PFA Player of the Year ?

An absolute rocket set @ArsenalWFC on their way to victory yesterday ? pic.twitter.com/ngRfjEZFbf

Miedema supplied midfielder Katie McCabe to score the Gunners’ second, before Beth Mead scored a third, and Danielle van de Donk finished off the Seagulls with a fourth.

Joe Montemurro’s side secured the league with one game to spare, and have now won three titles, more than club in the league’s history. Different class.