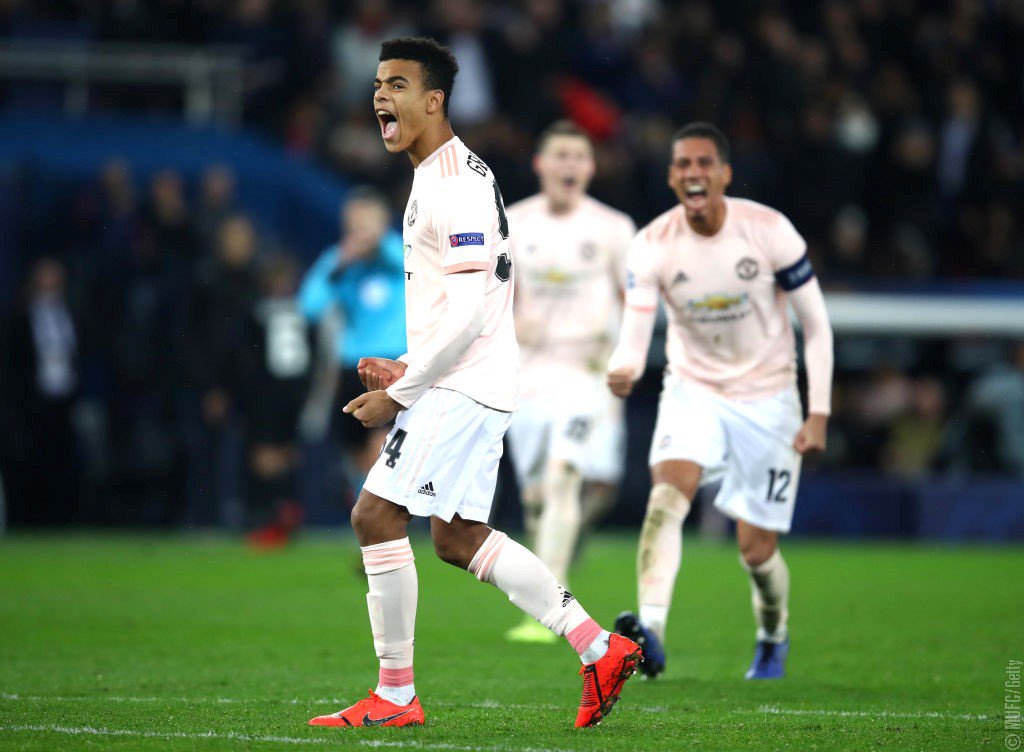 Mason Greenwood made history in becoming Manchester United’s youngest ever Champions League debutant, but not everyone was expecting him to play in Paris midweek.

Close-up images of Greenwood’s shirt have circulated online, and it appears that the numbering on his shirt features PSG branding. Reportedly, that was down to United forgetting to bring along his shirt for the game, and had to hurriedly use the PSG club shop’s printers at the Parc des Princes to make sure he could take to the field with numbering and lettering on his shirt.

Instant Foot also report that Greenwood had to apply for parental permission to travel to Paris with United ahead of the game, as he is still a junior at 17 years of age. He was due back in class at Ashton on Mersey School today after casually turning over United’s 2 goal defecit and knocking PSG out of the Champions League on away goals. The next generation has arrived.

Now read about why his game-winning teammate Marcus Rashford is showing us why he’s the rightful leader of England’s new generation.