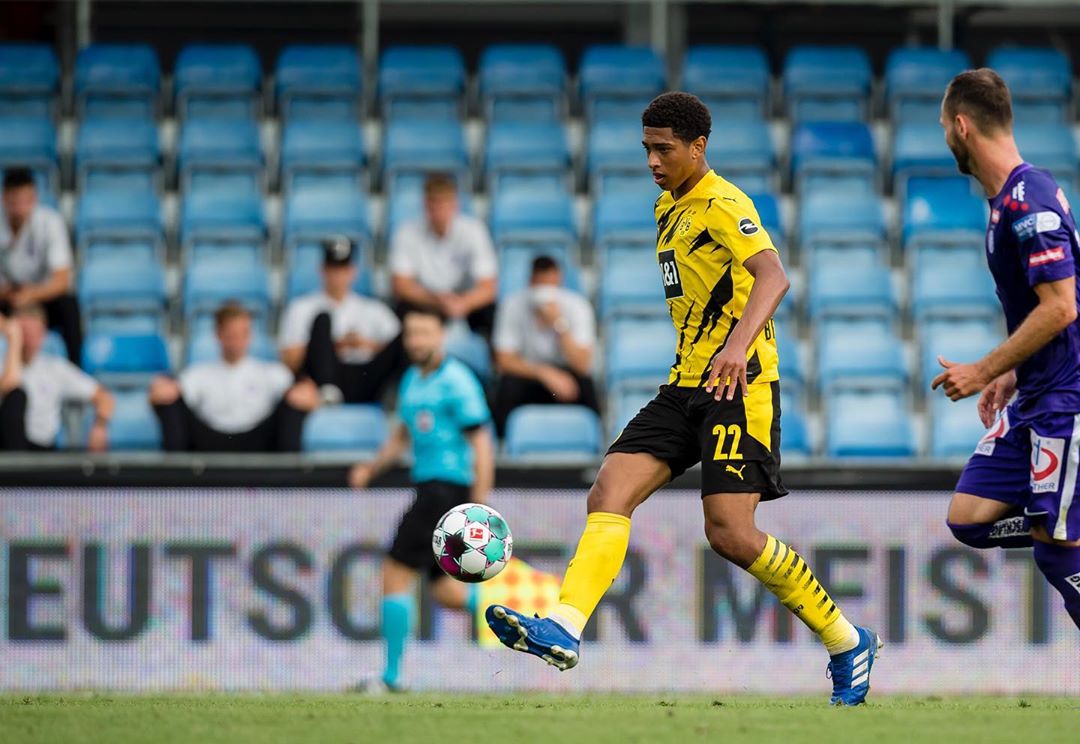 Jude Bellingham will reportedly jump up four age groups to feature for England U21’s next team fresh from getting into his stride at Borussia Dortmund.

Aidy Boothroyd will name his squad in mid-week, with Sky Sports reporting that Bellingham will be named by the Young Lions boss as FA coaches plan to accelerate his progress.

This means the Birmingham Ballack could be available for Southgate’s senior squad within 2-3 years, despite not playing in an age group older than the U17 side to date.

Next summer’s age group tournaments are still to be confirmed by UEFA as they try to deal with the hectic schedule in the aftermath of the coronavirus pandemic.

As per the same Sky Sports report, Southgate could call up more “junior” players than originally planned for next month’s Nations League games against Iceland and Denmark as a result, so more uncapped Young Lions could be set to step up to the senior side in the coming months.