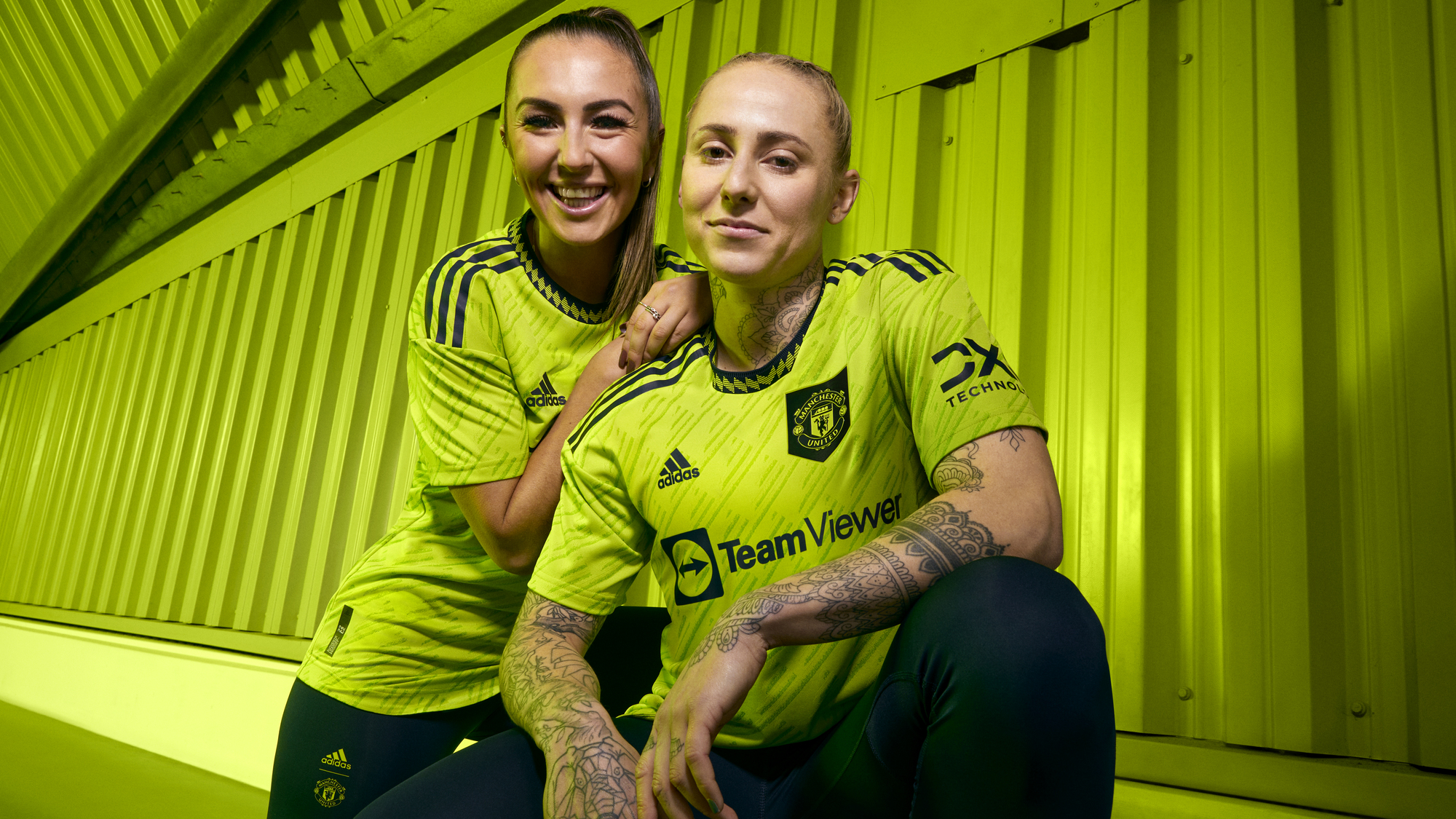 adidas and Manchester United have just gone slimey for the club’s 2022/23 season third jersey, taking an eye-catching approach to design while paying homage to legacy kits of the past.

The all-over ‘Solar Slime’ green jersey looks unlike any United Third Kit we’ve seen before, featuring a vibrant use of colour and geometric patterns which feature across the rest of this season’s kits.

Despite the all-over jersey design being an unprecedented move for United, the colour green has strong connotations with the heritage of the club. It has been a part of some of the most prestigious moments in club history, evolving from a traditional goalkeeper colourway into a more prominent outfield jersey colour in recent years.

The kit is finished with a crewneck collar that features a statement graphic which looks as street-ready as it does game-ready, for use in United’s trips on the road this season.

Get a closer look at Manchester United’s Third Kit below and cop the jersey now via the adidas webstore. 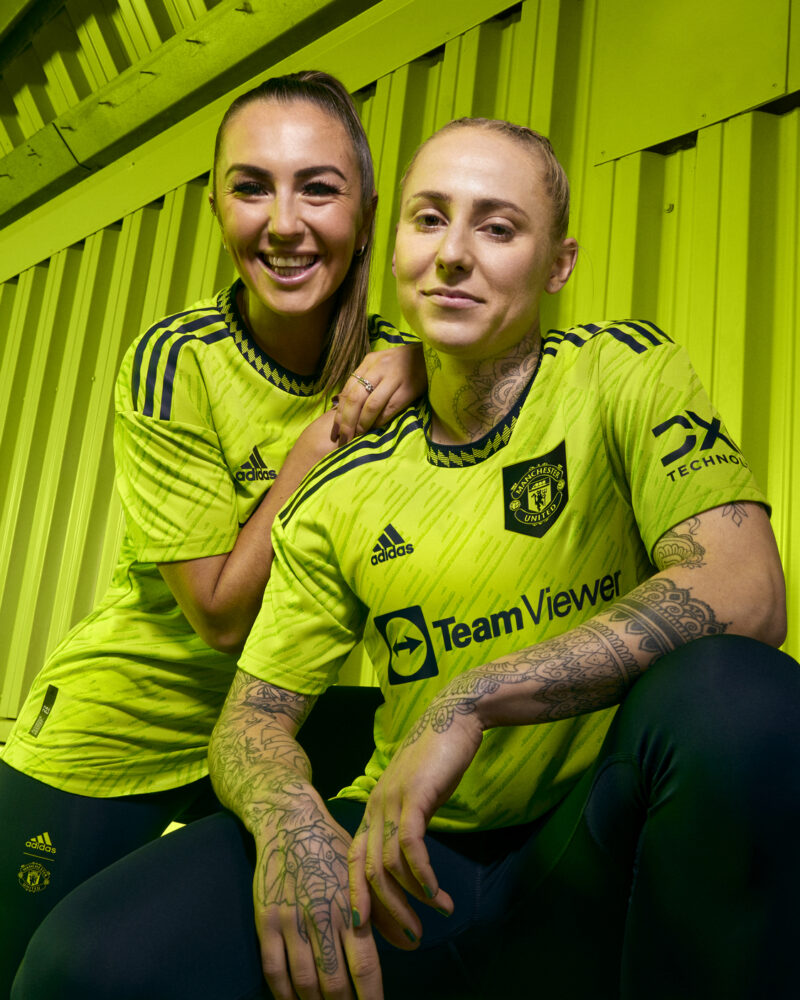 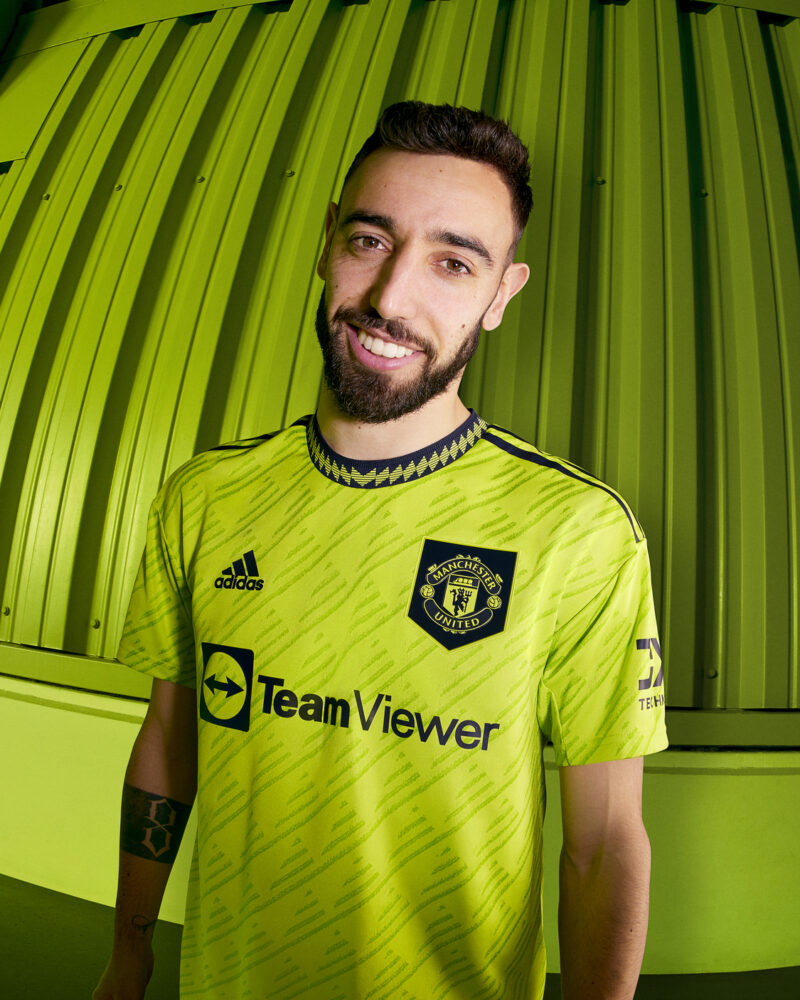 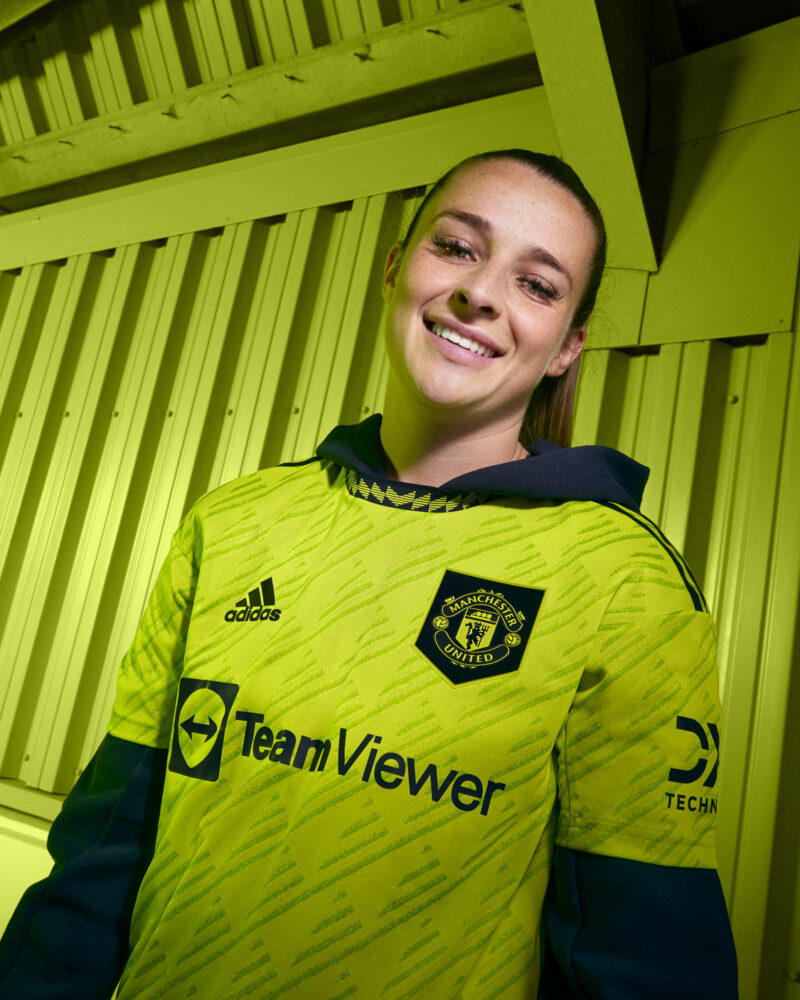