VERSUS and adidas Football are harnessing the impact of a historic UEFA Women's EURO 2022 tournament to create a legacy and provide a safe space for more women and non-binary players to kick ball.

It's been an awe-inspiring and record breaking summer, with some of the greatest teams and players in the game breaking glass ceilings and paving a path for future ballers to follow in their footsteps. But in order for the game to capitalise on this moment and create a new generation of Ellen Whites and Wendie Renards, so much still needs to change.

Access to playing space remains one of the biggest challenges for women and non-binary players. Research shows that 59 per cent of girls who played sport as a teenager drop out of the game due to inadequate opportunities and facilities, while block bookings makes pitch hire for new teams more and more difficult in the growing women's game. 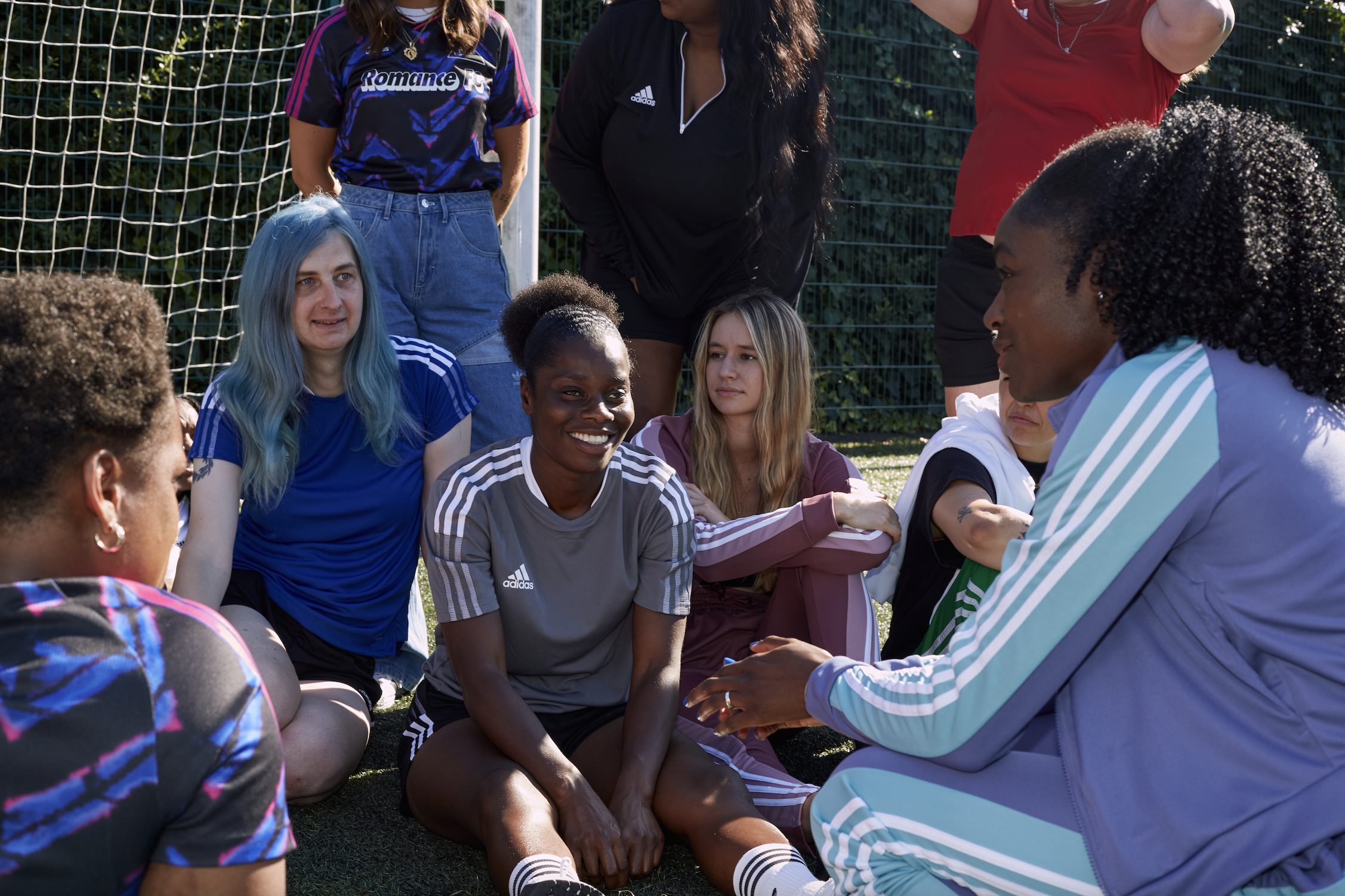 We’re tackling this problem head on with ‘Pitch, Please!’ – a new partnership with adidas and Powerleague that makes 150 hours of pitch space at Powerleague facilities across the country free to access for the month of August.

32 Powerleague clubs – from Bury to Bolton, and Nine Elms to Nottingham – are participating, giving women and non-binary players all over the country the opportunity to play football at a safe and high-quality facility this summer.

“Football is a game for everyone, regardless of gender, and ‘Pitch, Please!’ recognises that. After such an inspiring summer of football, millions of people around the country are going to want to play. Whether you’re six or sixty, this project will provide anyone and everyone with the opportunity to fall in love with playing football.

500,000 people bought tickets to last month’s UEFA Women’s European Championships, and we need to harness that interest to propel the game forward. For far too long, old structures have typically kept marginalised communities from accessing football, that ends now.

We hope this campaign helps to rectify misconceptions surrounding gender and reminds people that inclusivity is one of the cornerstones of sport. It’s called the ‘beautiful game’ for a reason, and this is an opportunity to truly embody that.”

To book your pitch for free, visit pitch-please.com now.