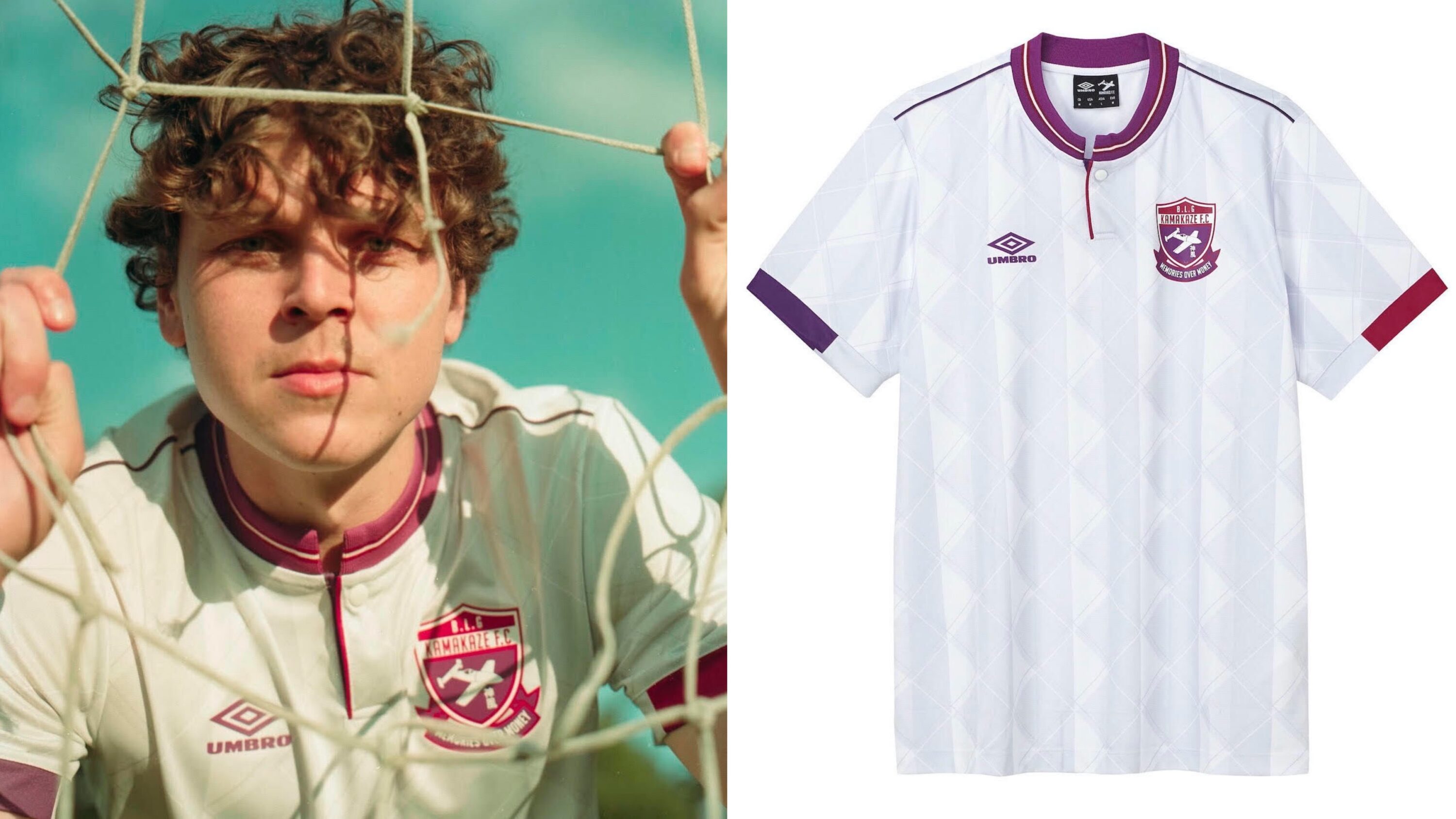 Fresh from setting the record straight on his status as the best baller in UK music, Kamakaze has linked up with Umbro to create a wavey new collaborative jersey.

The Dagenham Deco has designed a shirt inspired by Umbro’s England strip from 1987-99, with Kama’s version honouring the legendary post-match photo of Terry Butcher taken after a World Cup qualifying match in 1989.

That iconic shot of Butcher’s blood-stained shirt from that era of unreal England shirts resonated with Kama and his namesake, with the image the ultimate representation of someone putting their body on the line to secure glory.

To pay homage to that image, the shirt comes complete with burgundy and red accents on top of a diamond gradient graphic, contrasting crew-neck collar, stud fastenings and asymmetrical sleeve colours. 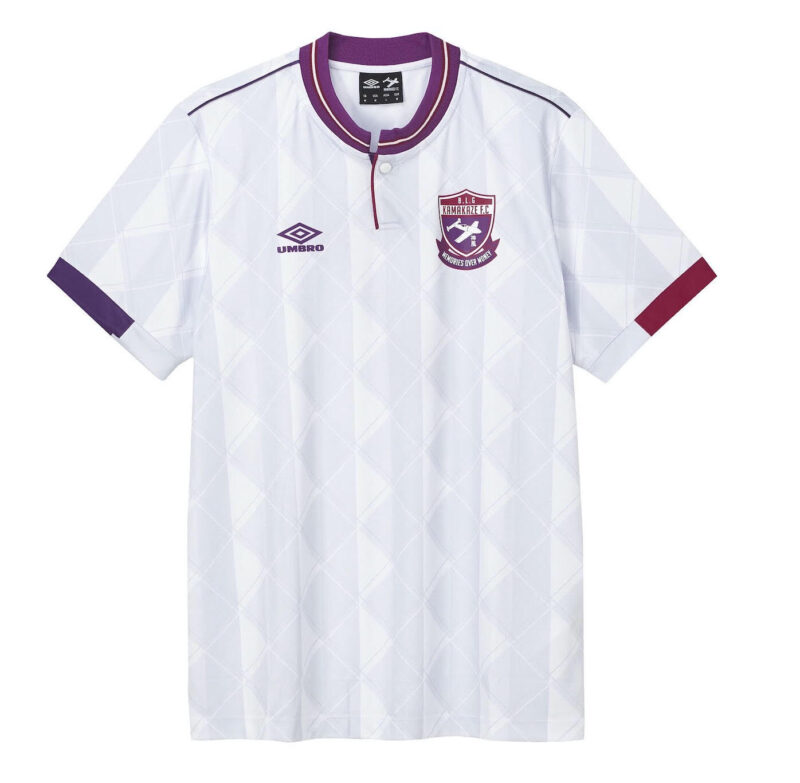 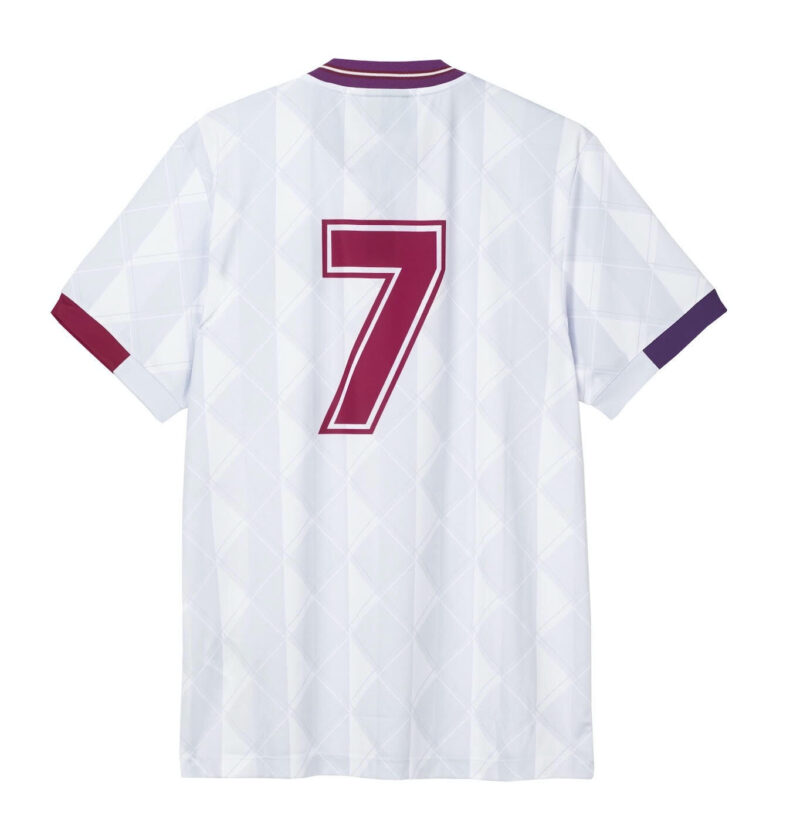 The shirt’s claret-tinged aesthetic is completed with a unique ‘Kamakaze FC’ badge illustrated with a Yokosuka MXY-7 Ohka aircraft alongside references to his previous music group ‘BLG’, with ‘Memories Over Money’ emblazoned underneath, the same name as his upcoming release due out later this year. The back of the shirt is a bold red number 7, an iconic shirt number that is also Kama’s personal professional goal total.

The release of the shirt follows on from Umbro’s sell-out collaboration with Loyle Carner, with the new Kamakaze x Umbro shirt signalling the start of a succession of special-edition shirts with homegrown talents in the UK from the brand.

You can cop the limited-edition shirt now from Umbro – get a closer look at the jersey in the lookbook below. 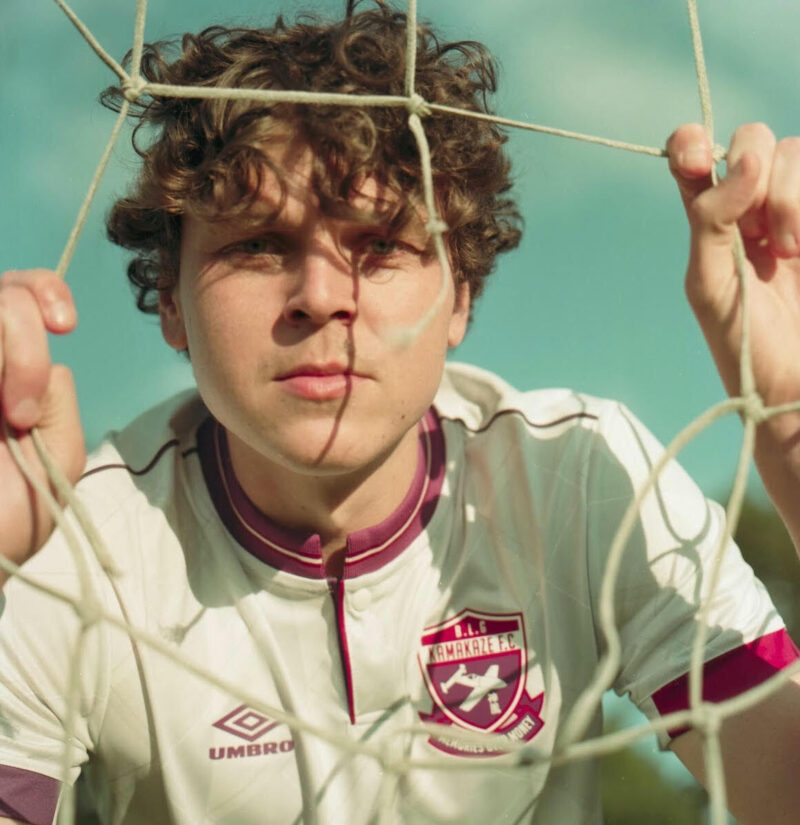 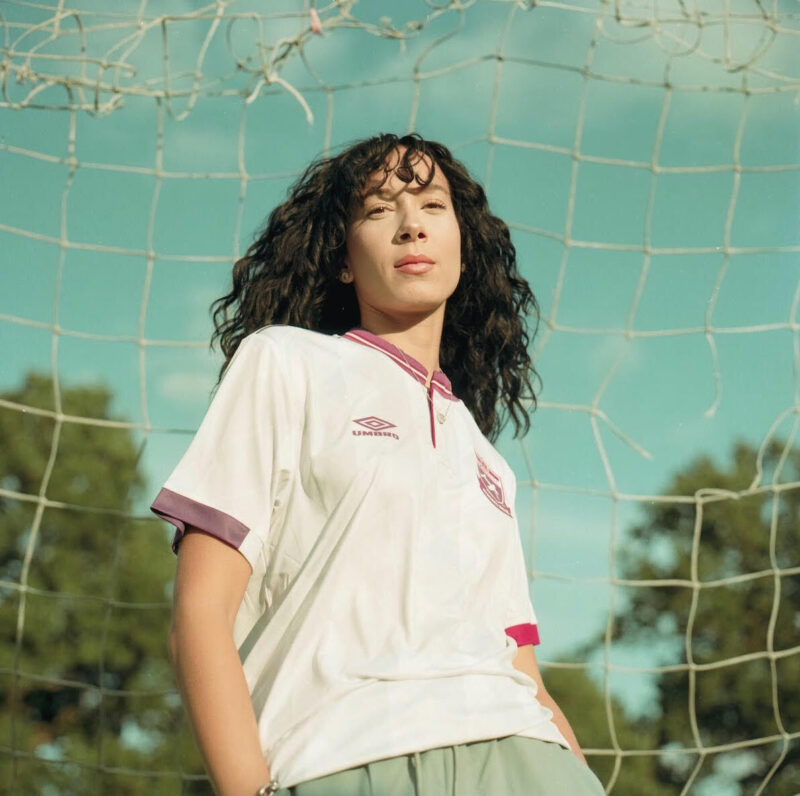 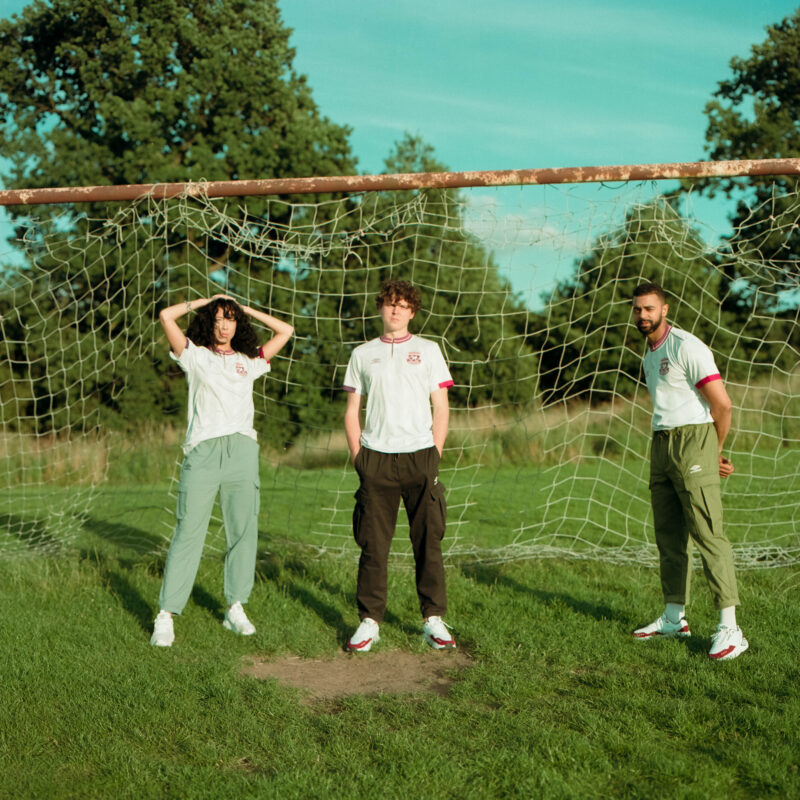 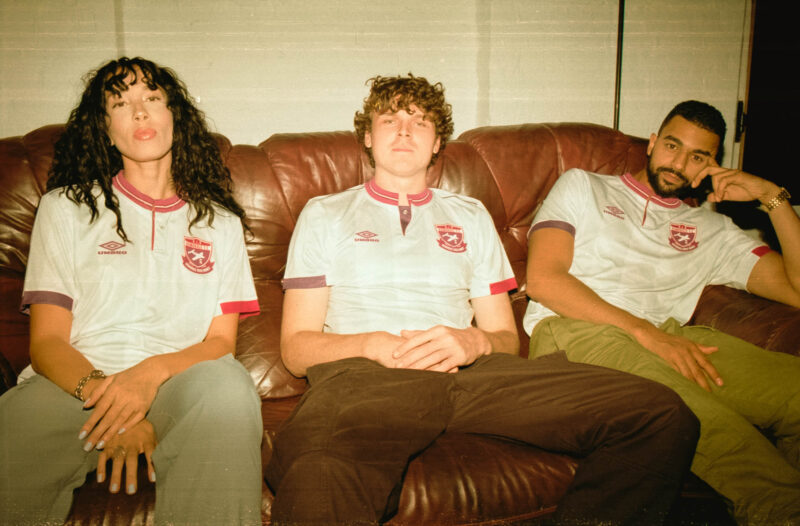