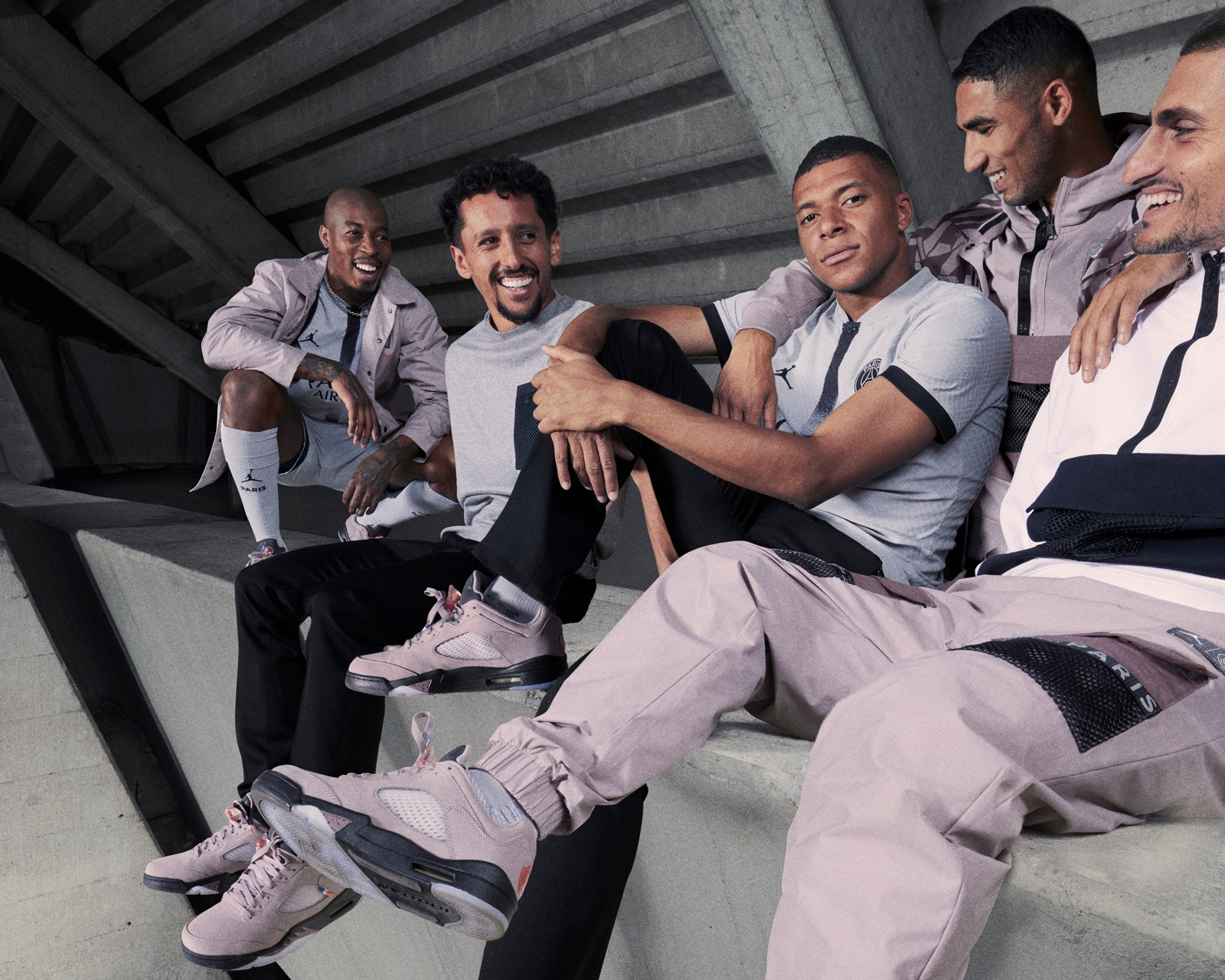 PSG has just dropped off its Away kit for the 2022/23 season, which arrives with a slew of clean, corresponding performance, training and lifestyle apparel.

Arriving in a light grey with black, brown and brown-grey details and a stripped-back single-button collar, the shirt and wider capsules are already looking like one of the most street-ready collections of the season so far that is set to do damage to wallets all over the world.

The collection pays tribute to the legendary Parc des Princes stadium, which celebrates its 50th anniversary this year, with the highly anticipated Air Jordan 5 Low PSG shoe arriving as part of the new range after being introduced to the world earlier this month by American basketball player Zion Williamson during a visit to Quai 54 in Paris.

Paris Saint-Germain will wear the new kit for the first time far from home, in Japan during the opening match of its Japan Tour against defending J-League champions Kawasaki Frontale at Tokyo’s National Stadium on 20 July.

Check out our new #PSGxJordan 𝒂𝒘𝒂𝒚 kit!
The new collection in grey with a black variation for the 22/23 season.

Get a closer look at PSG’s new 22/23 Jordan Away kit and capsule collection below and cop it via early access through the PSG webstore, store.psg.fr and at nike.com. The rest of the collection is available for pre-order at store.psg.fr, and will be in shops from 26 July, as will the Air Jordan 5 Low PSG shoe. 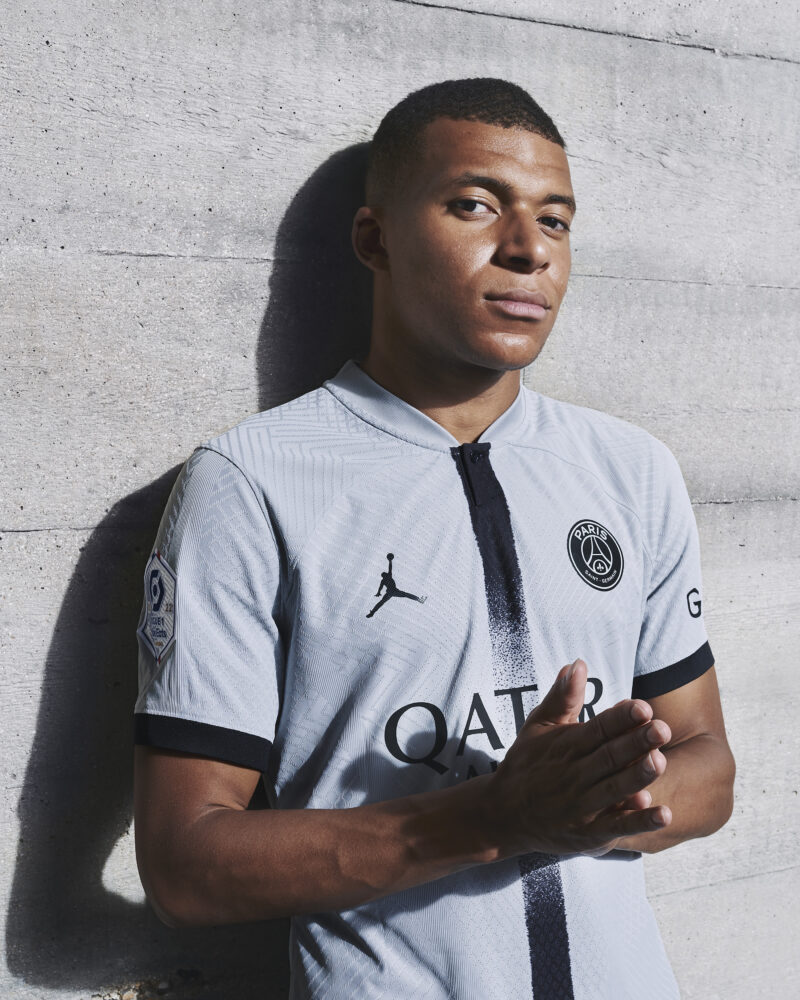 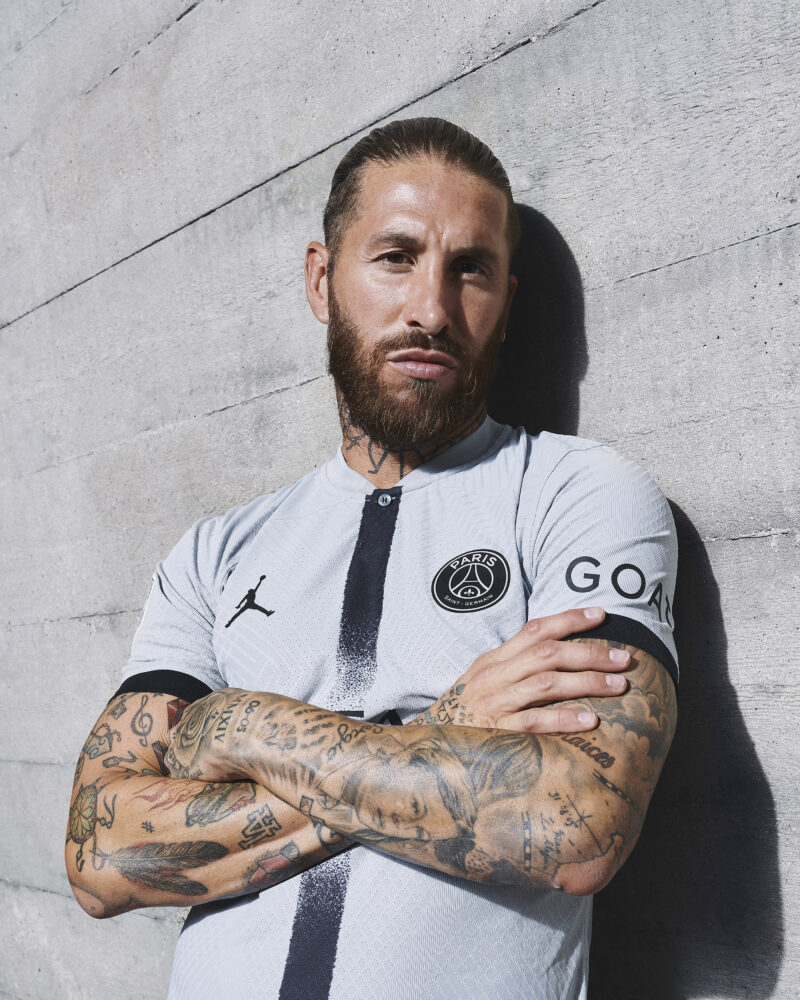 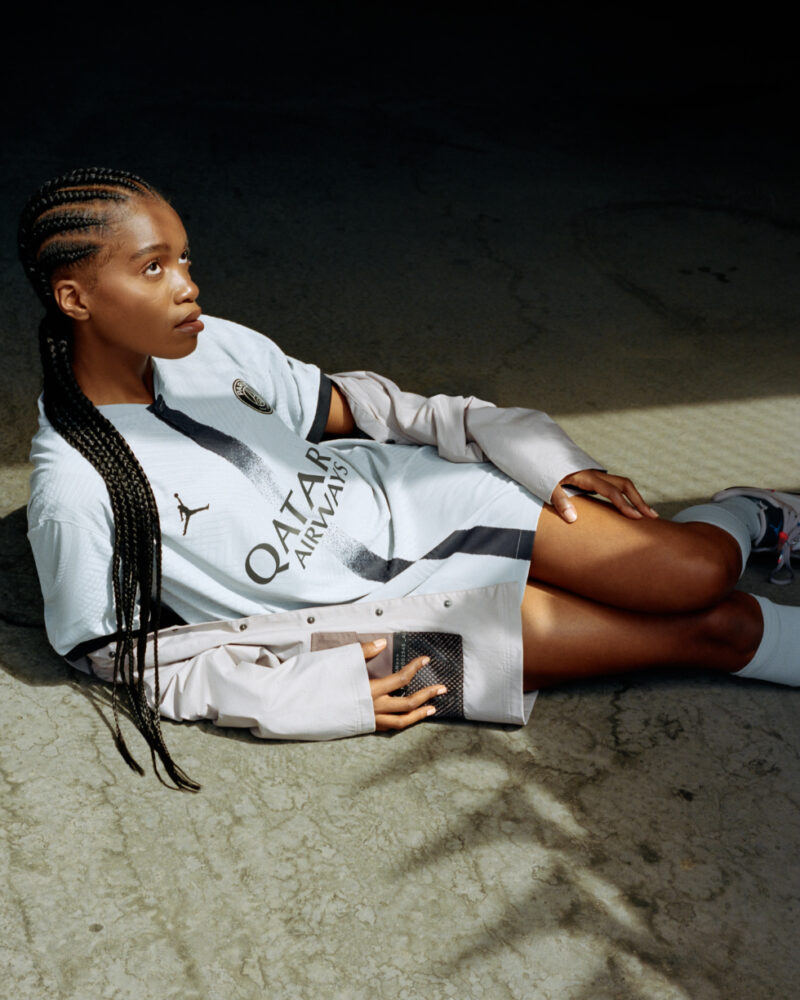 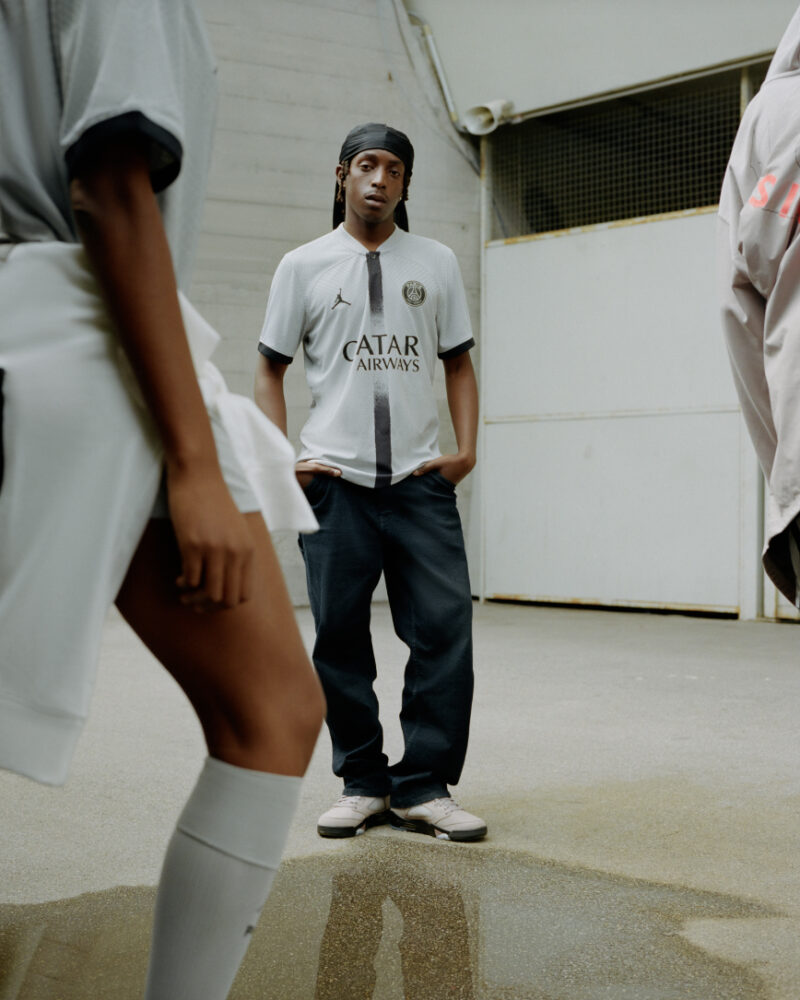 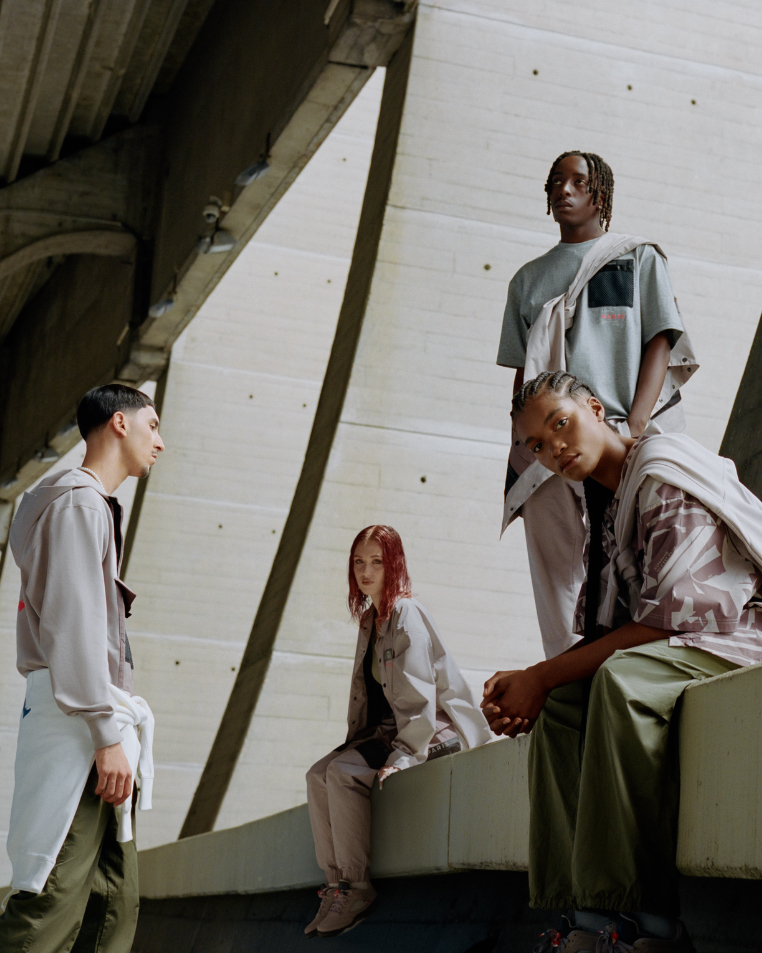 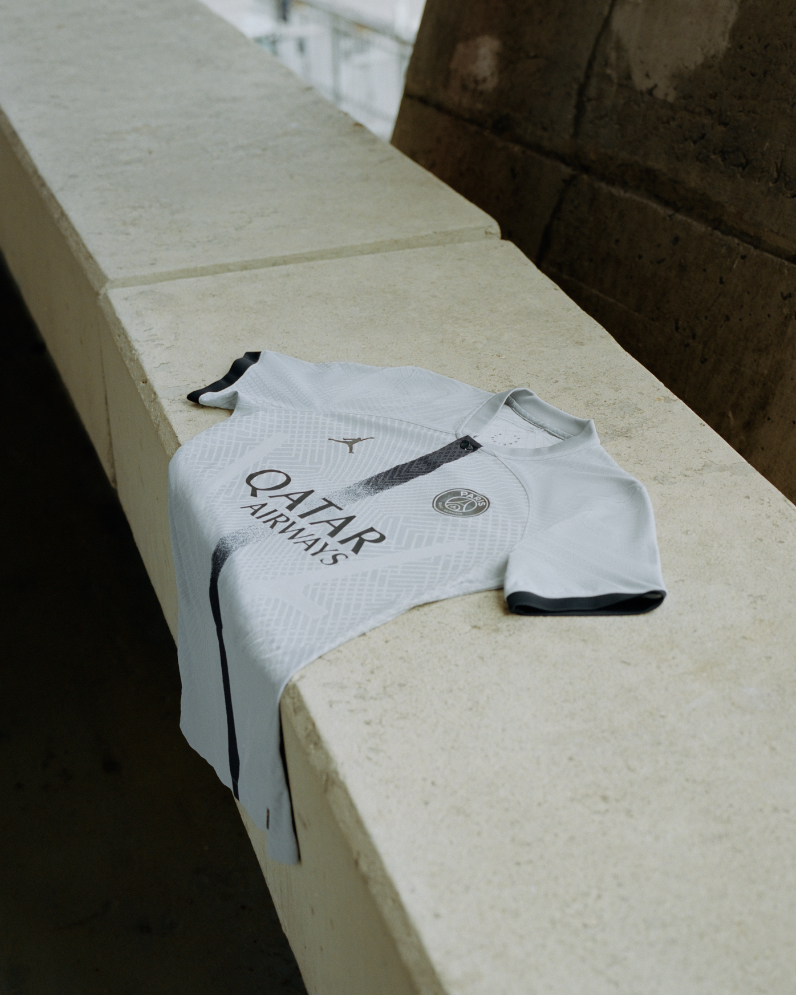